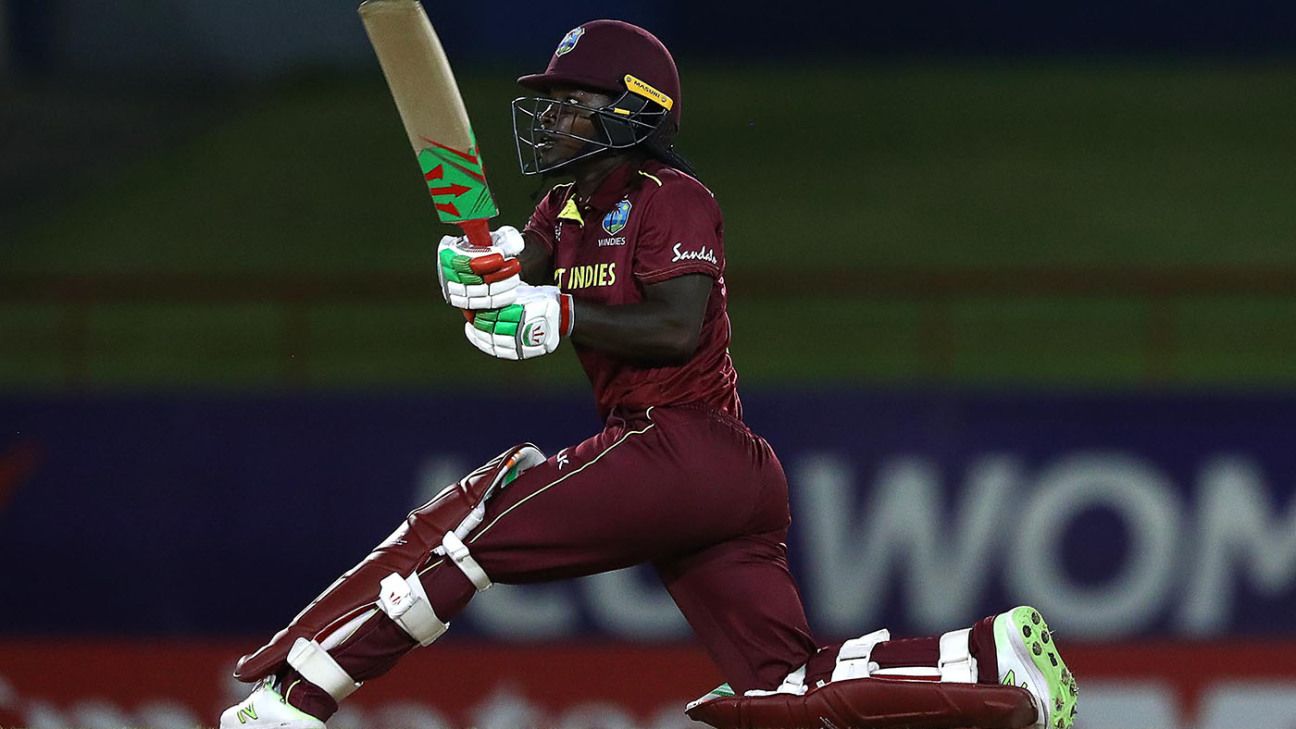 West Indies women began their tour of Pakistan in a dominant fashion, with a 71-run win over the hosts in the first T20I in Karachi on Thursday. Half-centuries from Deandra Dottin and Chedean Nation led the charge with the bat, with the former striking a belligerent unbeaten 90, after which the bowlers all contributed with wickets to dismiss Pakistan for 89 in 18 overs.

Having opted to bat, West Indies were given a brisk start by Dottin, who had scored 29 of the team’s total of 41 by the end of the Powerplay. Once Shemaine Campbelle was run out for 4, Dottin and Nation went on to add 109 runs in 11.4 overs at a strike rate of nearly 9.5. While Dottin struck eight fours and four sixes in her 60-ball innings, Nation brought up her half-century in the final over of the innings, off 35 balls with four fours and two sixes.

Pakistan’s chase of 161 hinged on a powerful start, but West Indies’ new-ball pair of Shakera Selman and Shamilia Connell curbed the hosts early on. In 18 overs of their innings, Pakistan, in fact, had only one over which yielded more than ten runs, but even there, five runs came in the form of wides. Captain Bismah Maroof played a lone hand, scoring 38 off 37 balls, and was the ninth wicket to fall, having batted without much support from the top and middle order. Connell took 3 for 29 while Dottin pitched in with 1 for 18.