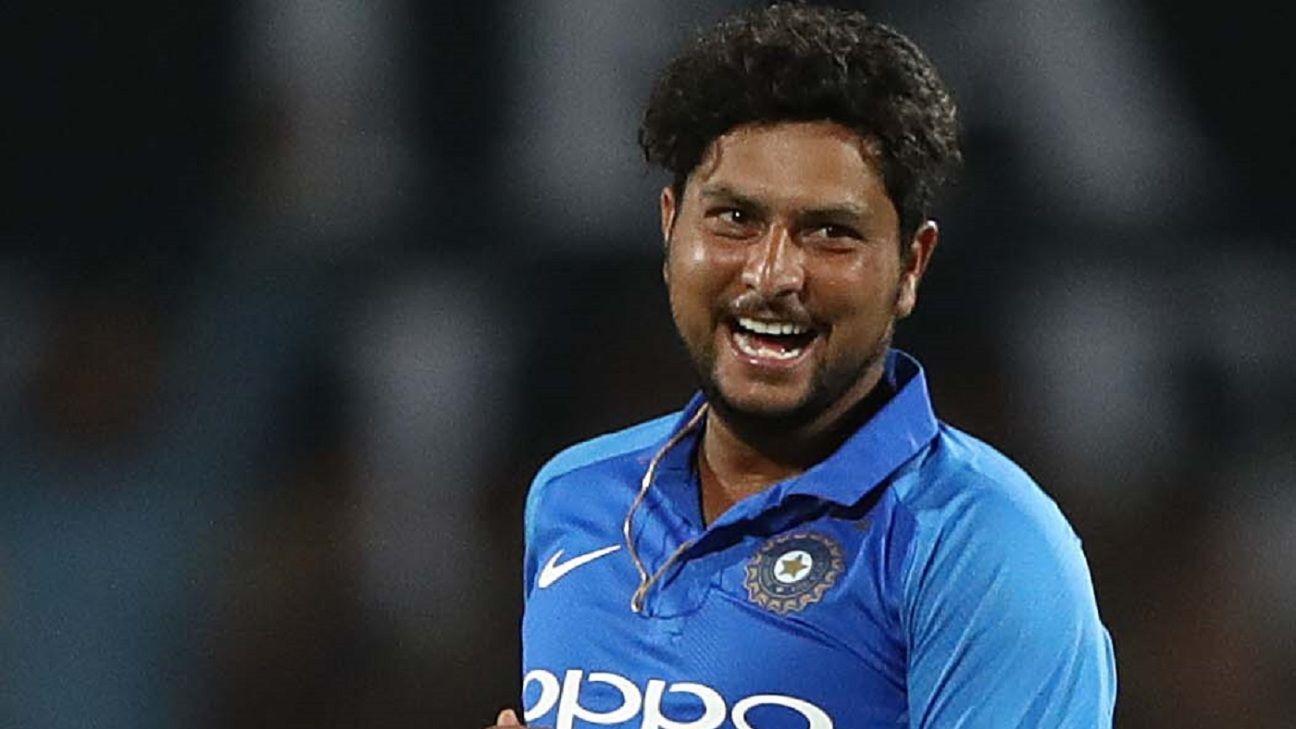 The Nagpur pitch is so cracked and slow that Australia pick two frontline spinners – legspinner Adam Zampa and offspinner Nathan Lyon – in their XI in addition to a fall-back option in Glenn Maxwell‘s part-time offspin.

It was at this venue at the World T20 three years ago that New Zealand selected three frontline spinners and turned the tables on India. Tim Southee, Trent Boult and Mitchell McClenaghan were all left out in favour of the then unheralded spin trio of Mitchell Santner, Ish Sodhi, and Nathan McCullum.

Australia’s three spinners sparkled in patches on Tuesday, but then their batsmen had to deal with India’s three spinners – left-arm wristspinner Kuldeep Yadav, left-arm orthodox spinner Ravindra Jadeja, and the right-arm low slingers of Kedar Jadhav.

This is the sort of pitch and bowling attack that Australia are likely to come up against when in the UAE later this month to play Pakistan as well. The conditions might not be as similar in England and Wales, but in their World Cup opener against Afghanistan, Australia might have to handle a similar attack, loaded with spin.

The visitors negotiate the first ten overs with minimal fuss in the second ODI, and their captain Aaron Finch finally hits some form. Usman Khawaja, at the other end, attacks Jadeja and slog-sweeps him hard and flat with the spin over square leg.

Enter Kuldeep Yadav. Finch shows signs of his best by stretching out and clubbing Kuldeep’s stock ball into the stands beyond midwicket. Two balls later, Kuldeep dangles the wrong’un. Finch searches for the one that breaks in, but this curves away past his outside edge. The next ball is a slider, which is a bit too full to sweep. Finch gets into an awkward tangle and does not connect with a sweep, but weathers the lbw shout, having shuffled outside the line of off.

Khawaja too makes the same error: he aims to sweep a ball that is too full, and is trapped in front. From thereon, Kuldeep gets on a roll and continues to threaten both the edges with his bag of tricks. Khawaja initially threw Jadeja off his lengths with his assured footwork, but with him gone now, Jadeja is simply doing his thing: attack the stumps and hustle through the middle overs.

Shaun Marsh, who is among Australia’s finest players of spin, is undone by a raging turner from Jadeja. It pitches on middle and spins sharply down the leg side, and Marsh can only tickle it behind to MS Dhoni behind the stumps.

Then comes the big match-up: Kuldeep v Maxwell. While Kuldeep didn’t feature in the second T20I in Bengaluru, where ‘Mad Maxi’ turned up in full glory, in the ODI series opener in Hyderabad, Maxwell had taken Kuldeep for 17 off 16 balls, including three fours. He attempts to take on Kuldeep here as well but chooses the wrong ball to go after. A skidder that isn’t quite short enough for the pull shoots under Maxwell’s bat and knocks him over.

Peter Handscomb, though, flaunts his diligently crafted methods(http://www.espncricinfo.com/story/_/id/24442231/diligently-crafted-spin-methods-make-peter-handscomb-battle-ready), often stretching out to smother the spin or sweep the ball away. One full-blooded Handscomb sweep in the 34th over off Jadeja help Australia end a boundary drought that had lasted nearly 13 overs. While Handscomb is keeping the scorecard ticking with risk-free cricket, Marcus Stoinis is struggling to get the ball past the infield and break the asphyxiating rhythm.

Sure, the boundaries are big at the VCA Stadium, but you can’t really keep eating up dots. Stoinis plays out eight dots from 13 balls from Jadhav, including six on the trot in the 35th over. After Handscomb is run out by a trademark rocket throw from backward point by Jadeja, Alex Carey, who is also a fine player of spin, keeps Australia in the hunt in a chase of 251.

Carey and Stoinis then combine to plunder 15 runs from Kuldeep’s ninth over. They now just need to see off Kuldeep’s last over. But, instead, Carey ventures a sweep against a wrong’un this is too full and chops on for 22 off 24 balls.

Australia now need 33 off 33 balls, and they have Jasprit Bumrah’s wiles to contend with. Stoinis channels his inner Dhoni and hauls the game into the last over, but Vijay Shankar bests him.

Shouldn’t Australia have been more proactive against spin and rotated the strike more frequently in the middle overs? In all, they played out 89 dots out of 168 balls from India’s three spinners.

Australia need to remedy this stat and deploy a more sure-footed approach against spin if they are to save this series in Ranchi – and then succeed in the UAE.