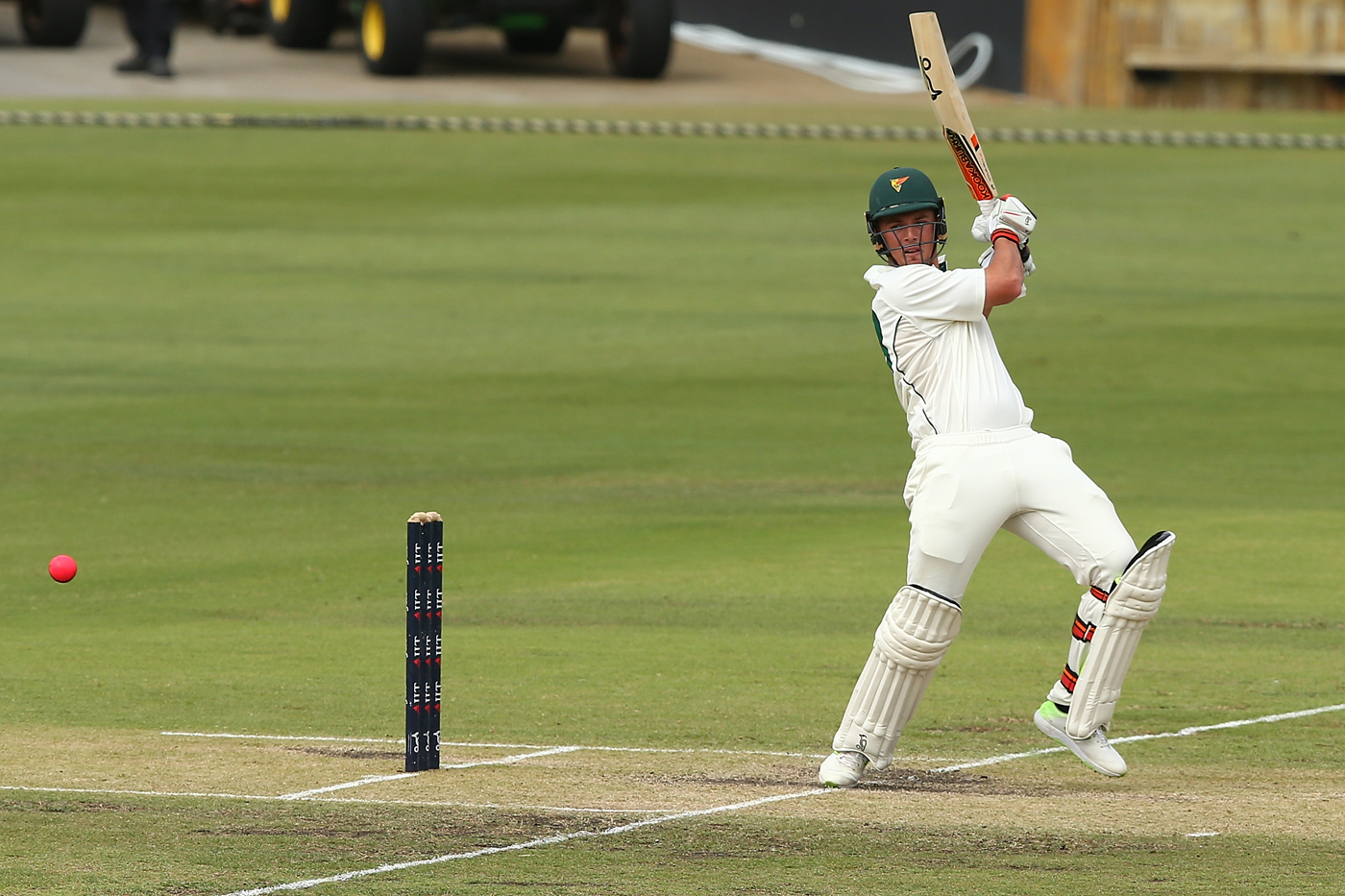 Faced with an immense 476-run target, Tasmania dug in and ground their way to a draw against Victoria on the fourth day of the Sheffield Shield match in Melbourne.

Tasmania began the day from an overnight score of 0 for 27, and the opening pair of Alex Doolan and Jordan Silk put up a century stand, taking the side to lunch without the loss of a wicket. Silk fell to Scott Boland in the first over after lunch, for 41 off 116 balls, after which the quick wickets of Doolan (88 off 204 balls) and Matthew Wade (1 off 6 balls), raised Victoria’s hopes of inciting a collapse.

Those hopes, however, were thwarted by Ben McDermott who played 98 balls for his unbeaten 5, negating an attack that had dismissed the side for 286 in the first innings. McDermott was the common factor in three partnerships that held firm after Wade’s dismissal: McDermott added 22 off 18 overs with Charlie Wakim, who himself scored 36 off 125 balls at No. 3, followed by a six-run fifth-wicket partnership with Jake Doran off 44 balls and a sixth-wicket partnership with the 18-year-old Jarrod Freeman yielded 8 runs off 51 balls.

A win against Tasmania would have placed Victoria closer to a spot in the Sheffield Shield final, but with two rounds to go, Victoria are leading the table with 43.31 points. Tasmania, on the other hand, are third with a lead of just one point over fourth-placed Western Australia.