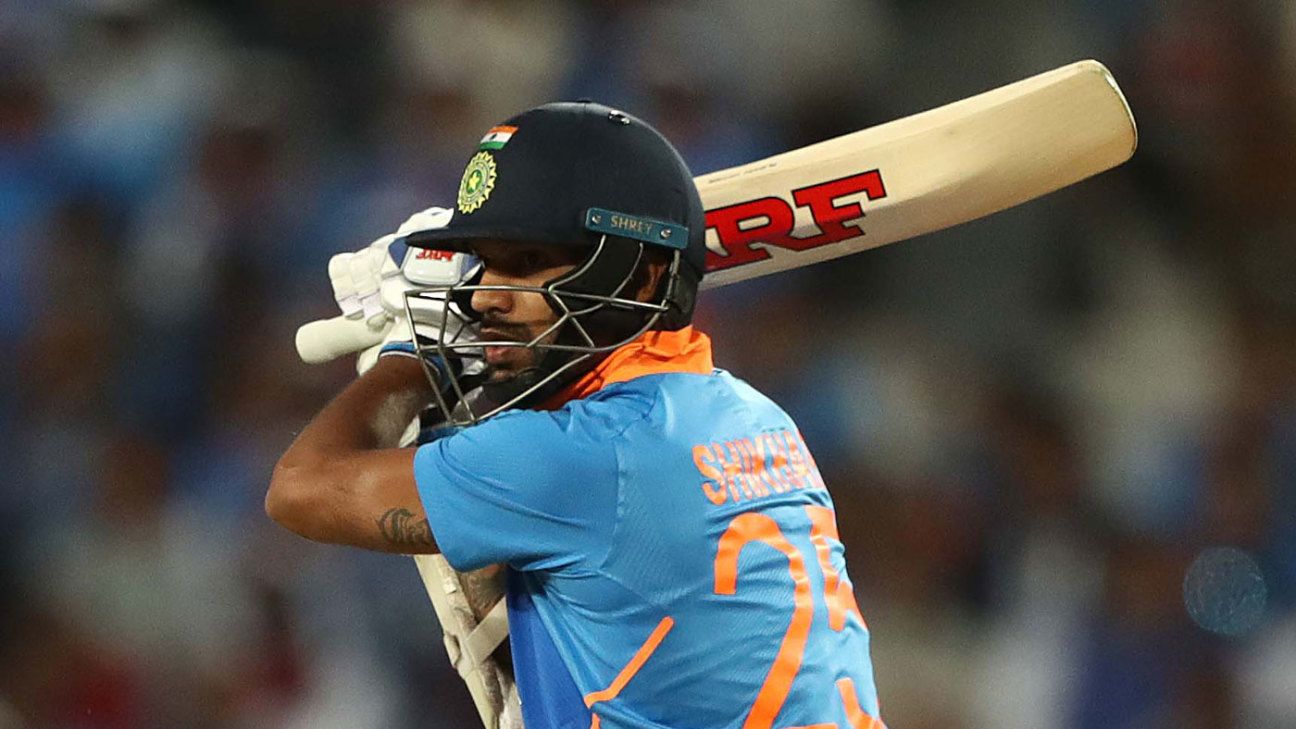 Following India’s 32-run loss to Australia in the third ODI in Ranchi, captain Virat Kohli stressed that their priority for the final two games would be to arrest their top-order collapses that have been troubling them in the ongoing series.

Chasing 314 in Ranchi, India stuttered to 27 for 3, the top order wobbling for the second time in three games. In the first ODI that India won by six wickets in Hyderabad, they had faced a similar crisis, going from 80 for 1 to 99 for 4 before they were rescued by Kedar Jadhav and MS Dhoni.

When asked at the post-match presentation about India’s tendency to lose wickets in clumps in this series, Kohli said: “No team wants to do that. We are a team that takes lot of pride in our cricket, and we are a team that has strung in partnerships.

“We have lost just two wickets or so [in the past] and we haven’t lost many in bunches before, but it’s happened already a couple of times in this series. And that’s something that we are looking forward to plugging in the next couple of games. The guys who have got out, I’m sure they want to make the most of those opportunities. We don’t want to see any more collapses. We want to see mini-partnerships to get us going and then get a strong total in the middle or chase totals like we had to today.”

Kohli walked out to bat in the fourth over of the chase, after Shikhar Dhawan was dismissed for 1. Kohli then saw Rohit Sharma and Ambati Rayudu dismissed in Pat Cummins’ consecutive overs. Kohli then added 59 runs with Dhoni for the fourth wicket and a further 88 with No. 7 Jadhav en route to his 41st ODI hundred. But just as the momentum was shifting towards the home side, Kohli perished in the 38th over, trying to hit Adam Zampa for a third consecutive four, after which India lost their way in the chase.

On his rapid 95-ball 123, which included 16 fours and a six, Kohli said that it was one of his “finer” shows with the bat but was “disappointed” about perishing at a crucial stage of the game with India needing 95 runs off 75 balls.

“I mean in terms of hitting the ball well, I think it was one of the finest,” Kohli said. “I just felt really clear in my head. Even after three down, I just told myself I have to play my game. I can’t think of what’s going to happen if I play my shots.

“I have to play the game that’s gotten me till this level, and that’s the same thing I want to continue in the middle. I was really disappointed I got out – I really thought we had a chance there with the difference of 20 between balls and runs. That’s what happens – Australia played better and Adam bowled really well and they deserved to win.”

Kohli, however, admitted getting one thing wrong – the dew factor. After winning the toss he had said one of the primary reasons India chose to bowl was because he expected dew to settle in around 7pm. But with very little dew in the evening, Australia rode on Zampa’s three-wicket haul as he dismissed Kohli, Dhoni and Jadhav.

“We were quite optimistic about our chances in the second innings,” Kohli said. “But we were told there’s going to be dew around 7 or 7.15, but there isn’t a drop of dew even now (laughs). I got that calculation wrong a little bit.”

At the post-match conference, India’s batting coach Sanjay Bangar also backed Shikhar Dhawan’s value in the side. Dhawan, who has made 22 runs in three matches in this series, was out for his second single-digit score following 0 and 21 in the first two matches. But Bangar believes that Dhawan remains an important cog in India’s top order.

“In the New Zealand ODIs, he had two really good innings, wherein whetever target we had got, he managed to stay not out with 75 in one game and half-century in another,” Bangar said. “Even here, he’s been getting starts. In the last game, he was batting really well, until he erred in his shot selection.

“He’s an important players for us, and we know that if he gets going, he can give us that solidity. It’s also vital to have the right-left combination going, so he’s a hugely valuable player for us, and we are expecting him to come good very soon.”