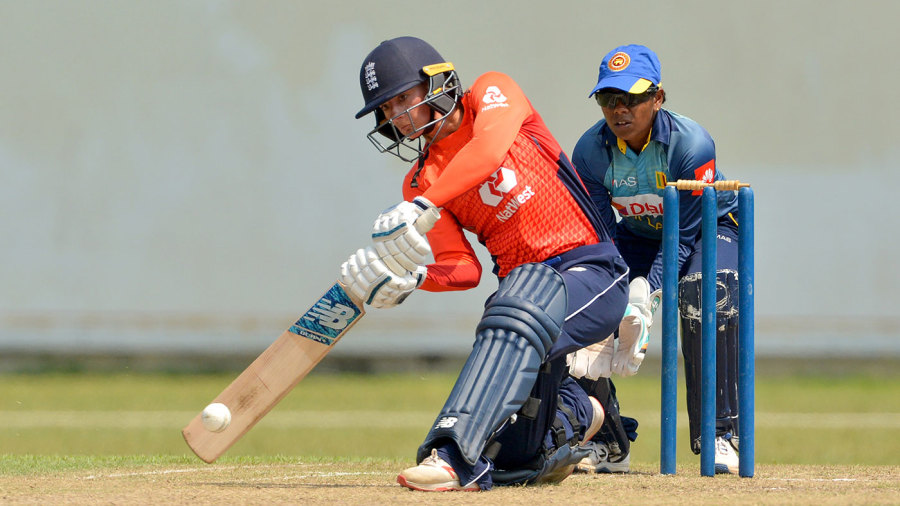 England’s women completed their second 3-0 clean sweep on their tour of Sri Lanka, wrapping up the T20I series with their most dominant display yet in a 96-run win in Colombo.

Batting first after Sri Lanka won the toss, England’s batsmen made hay throughout their 20 overs, with Danni Wyatt and Amy Jones each making half-centuries at the top of the order before Tammy Beaumont and Nat Sciver cut loose in the closing overs.

Wyatt was the first of only two wickets to fall, prised out for 51 from 33 balls after a 96-run opening stand that spanned the first ten overs, before Jones departed 20 runs later for 57 from 38, once again to the toiling Oshadi Ranasinghe, who was one of only two bowlers to concede her runs at less than 11 an over.

With the platform set, Sciver and Beaumont climbed onto the offensive, crashing an unbroken stand of 88 in just seven overs. Sciver smashed 10 fours in her 49 not out from 24 balls, while Beaumont scampered between the wickets to keep pace with 42 from 25.

In reply, Hansima Karunaratne saved face for Sri Lanka with a hard-fought 44 from 53 balls, but her team-mates struggled to show much resistance.

Linsey Smith struck with her first ball to remove Umesha Thimashini, lbw for 1, before Freya Davies had the captain Chamari Atapattu caught behind for 10 with the first ball of her second over.

Kate Cross, playing her first match of the T20 leg, chipped in with two wickets, either side of two further breakthroughs from Heather Knight and Laura Marsh.

From 82 for 6, Karunaratne at least ensured that Sri Lanka batted out their 20 overs, but the game was long since gone.