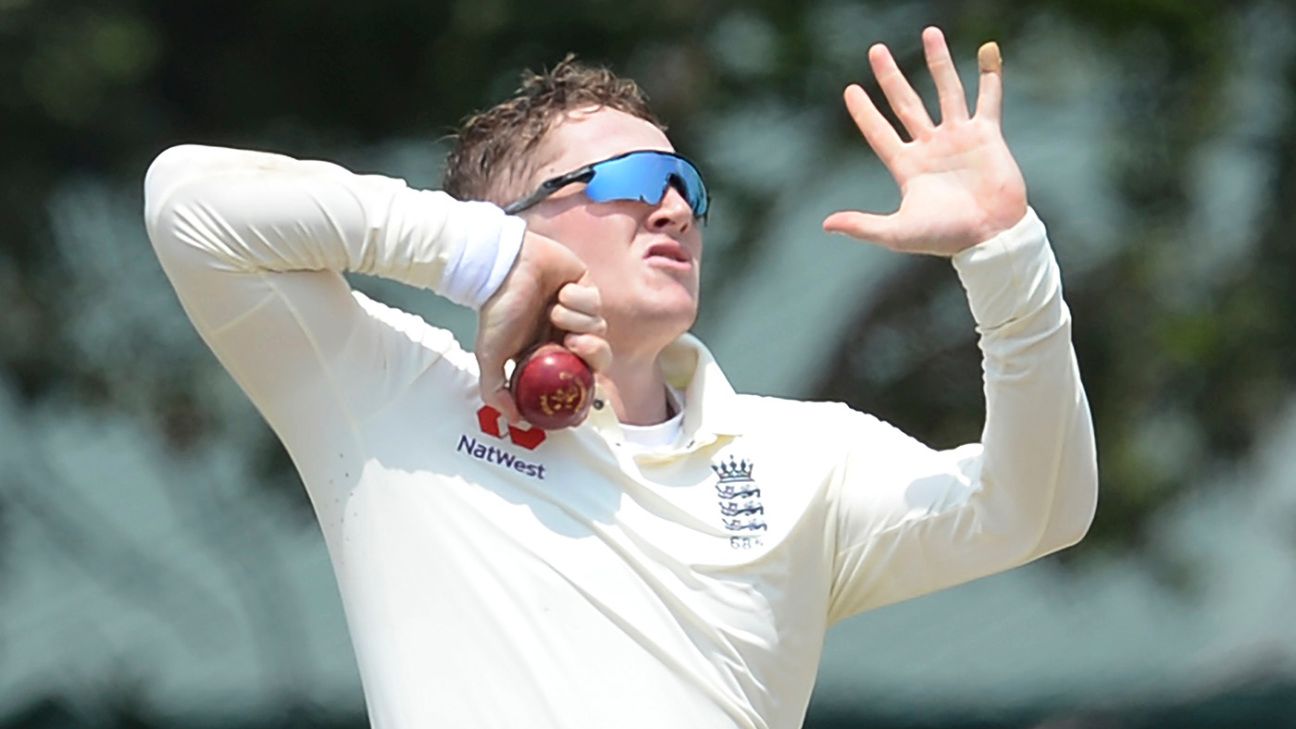 Dom Bess, the Somerset and England offspinner, has opened up about his mental health battle, which came to a head in a County Championship match last year when he broke down crying to the club’s psychologist while waiting to bat.

In an interview with the Sun, Bess said that he suffered from anxiety and depression while preparing for exams in sixth form, taking him to his “lowest point, really struggling mentally”.

Within two years, he had become an important part of the Somerset side, and was a left-field pick in Ed Smith’s first England squad in 2018, when he took three wickets and made determined scores of 57 and 49 against Pakistan across his first two Tests.

ALSO READ: ‘Lost a lot of confidence’ after falling off Test radar – Bess

But he remained behind Jack Leach in the Somerset pecking order, and after falling out of the England side with Adil Rashid and Moeen Ali preferred for the series against India, Bess struggled with the fact he was playing second-team cricket months after impressing as an international player.

“I went from playing for England to not even getting in the Somerset side,” Bess said. “I’d been struggling at the end of the 2018 season and spoke to Tres [Marcus Trescothick] about things.

“Then last year I went back on loan to Yorkshire. I loved my time there but I wasn’t ever really at home because I’d been away in the winter of 2018-19 with the England Lions. So I’d reached the point where I was working hard but not getting games, or having to go elsewhere for games.

“It was the build-up over several years, trying to get better, putting everything into it. I’d played for England but now couldn’t see where I was going.”

Back in the Somerset team, Bess opened up to the club’s psychologist while waiting to bat against Yorkshire, and recalled breaking down crying.

“Everything had got on top of me. I’d been struggling for a long time, bottling it up, and it had started affecting my personal life.

“I was chatting to him for a long time. It felt like five minutes but it was probably more than an hour. I was in a state, unleashing everything, talking about my struggles, getting into the spiral.

“All of a sudden we were four down and I had to strap on my pads. It all came out in that game. I was playing but wasn’t really in it because of my head.”

Bess also revealed that he had thought long and hard over whether or not to take up an offer to go on an ECB-led spin-bowling camp in Mumbai, eventually deciding to do so.

Immediately after the camp, Leach’s illness meant he was handed a late call-up to join the Test squad in South Africa, where he took eight wickets and won plaudits for his performance in a holding role.

“I came back in a much better place and my motivation has been high ever since,” he said. “Depression is quite a strong word and I don’t think it will ever go away, it will always be with me. At times, I’ve really struggled outside cricket as well. Understanding it and managing it is the key.”