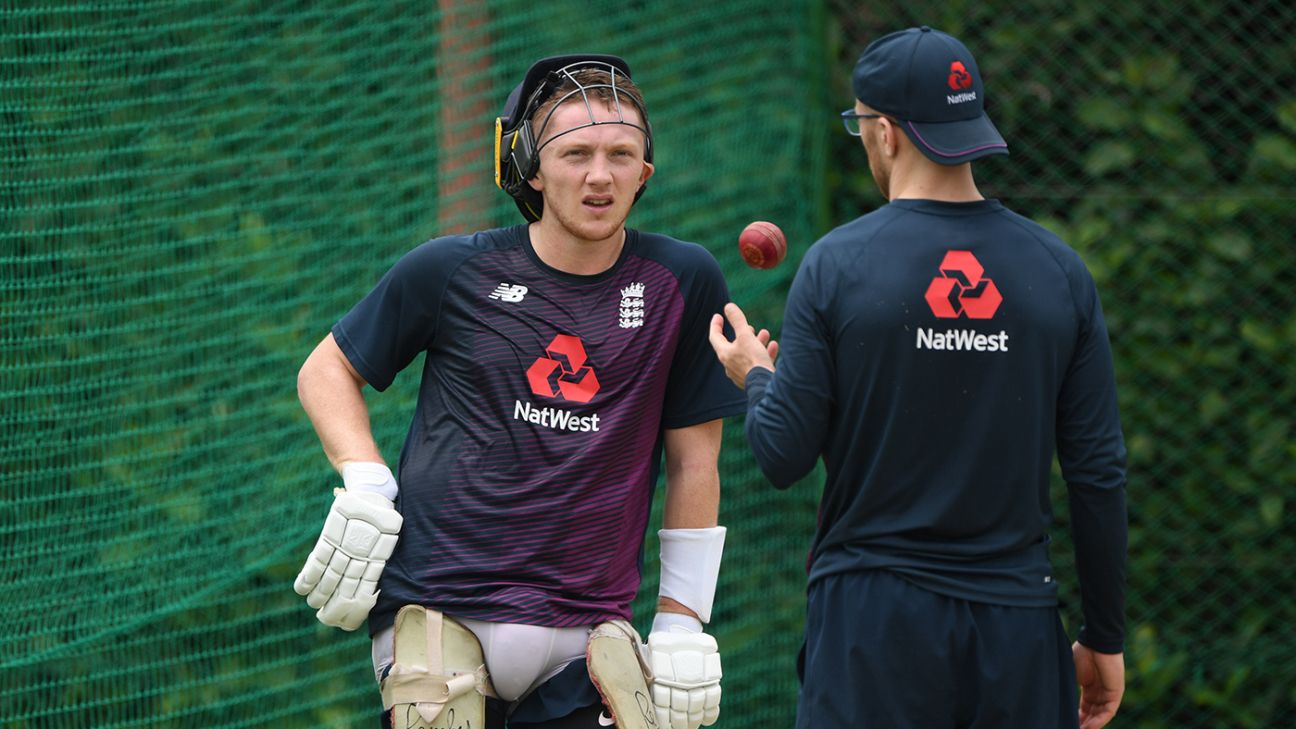 England have confirmed that Dom Bess, the off-spinning allrounder, will remain with the squad when they move on to Cape Town for the second Test.

While Bess was not an original member of the tour party, he was added to the squad when it became clear that Jack Leach, in particular, was struggling with the sickness bug that has now affected, by Joe Root’s reckoning, 14 England players.

Leach, England’s first-choice spinner on this trip, has been quarantined in his hotel room for more than a week and is thought unlikely to have recovered in time to be considered for the second Test, which starts on January 3. Leach was recently hospitalised by an attack of gastroenteritis during the second Test in New Zealand, with his situation complicated by his history of Crohn’s disease. As a result, his long-term fitness may have deteriorated and England will be reluctant to risk his recovery by rushing him back into the team.

Craig Overton, the Somerset seam-bowling allrounder, will also remain with the squad in the knowledge that the sickness bug may yet claim more victims. While no more players reported symptoms on the final day of the match in Centurion, several family members of players are now understood to be unwell.

But it is the retention of Bess that is most intriguing. All the indications from training and conversations with the England management suggest he has drawn ahead of Matt Parkinson, the other spinner originally selected in the touring squad, and could well be in line to play in Cape Town if, as expected, England decide they need to include a spin bowler. That, in turn, will lead to an interesting selection decision, with one of Jofra Archer, Sam Curran, James Anderson and Stuart Broad likely to miss out.

While Root, the England captain, did not specify which spinner was in pole position to play in Cape Town there did appear to be a hint about the new pecking order in his phraseology.

“It’s been really a tough month or so for Jack Leach, having gone down in New Zealand as well,” Root said. “It’s really sad and really hard for him.

“We’re trying to manage that as best we can. We’ve got some very able back-up in Dom Bess and we’ve got Matt Parkinson as well as another option. We’ll turn up at Cape Town, look at the surface and make our decision.”

Although Bess’ first-class record with the ball for Somerset is modest (while he averages 23.93 at Taunton, that jumps to 37.89 away), the England management feel he is a much-improved bowler since making a surprise Test debut in 2018. He has recently been on a spin-bowling camp in Mumbai, where he worked with Rangana Herath, and has returned, they believe, with greater control and venom in his bowling.

Parkinson, meanwhile, has endured a tough winter so far. His three red-ball games for England (two here and one in New Zealand) have accrued two wickets for 235 runs from 52 overs and it seems a decision may have been made to limit his immediate international future to the white-balls teams. Bess is, by some distance, also the better fielder and batsman and made a half-century on Test debut.

It says much for the dearth of England’s spin options, however, that they are picking between two men who are far from assured of selection in their county sides. Bess was obliged to go out on loan to get some cricket in 2019 – he played four first-class matches for Yorkshire and seven for Somerset – while Parkinson was picked for just four Championship games by Lancashire.

There was better news of most of England’s other first-choice options. Ollie Pope, who missed the Centurion Test due to illness, has returned to training and is thought likely to be fit to return for the second match. Jonny Bairstow, who made 10 runs in his two innings, looks especially vulnerable.

Perhaps, to an extent, Bairstow might count himself unfortunate. Having been dropped ahead of the New Zealand tour, he has not had the benefit of any first-class cricket to rebuild his game, though he was sent on a training camp in South Africa ahead of this tour. If he was a bit unlucky in the first innings – he received a delivery which kept low – his second innings dismissal, chasing a wide one without a lot of foot movement, was ugly.

Equally, looking back a bit further, he may feel he was unnecessarily unsettled by talk of giving Jos Buttler the gloves and moving him up the order. He was never keen to bat at No. 3, despite making a century there in Colombo last year, and never keen to give up the gloves. For a while, albeit three or four years ago now, he was scoring heavily at No. 7. It might have been best to leave him to it.

Ultimately, though, he will know that the responsibility to score runs – wherever he bats, whatever the situation – is down to him. And, over the last 12 months, his average of just 18.55 from 10 Tests doesn’t make much of a case for his defence.