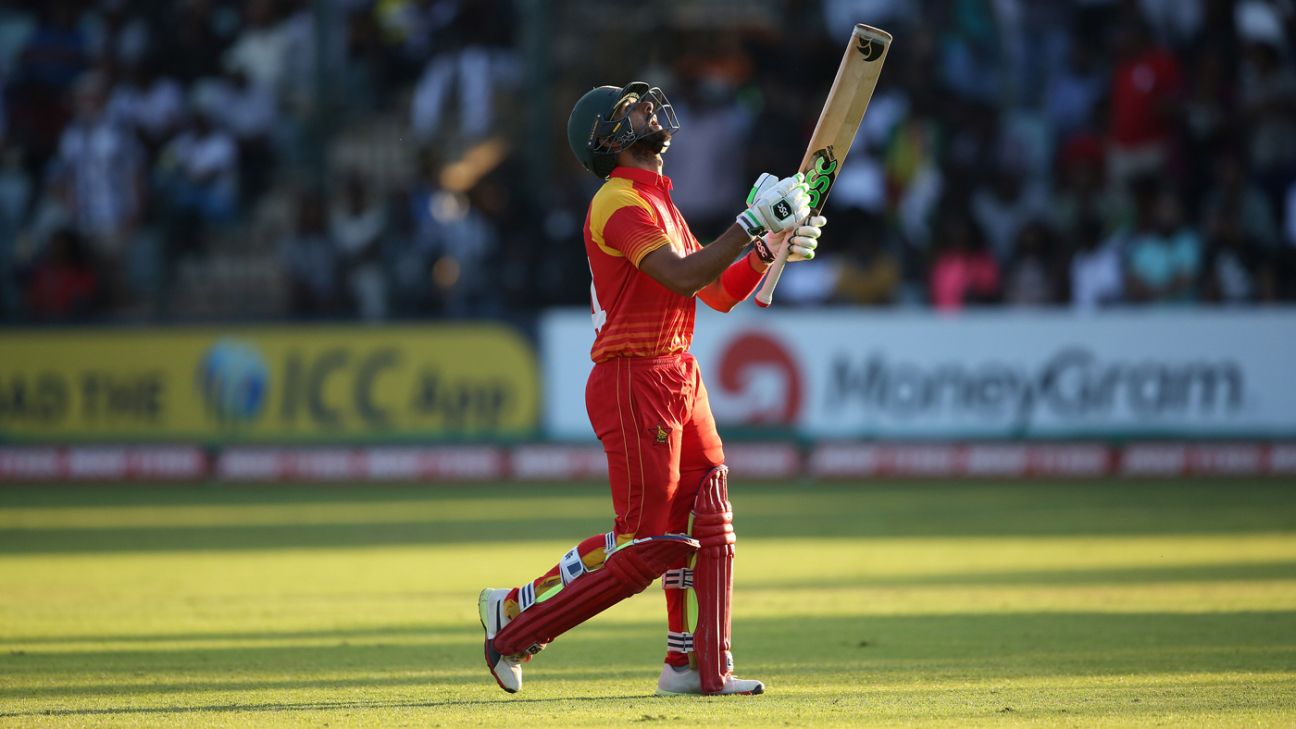 Disappointment, despair and heartbreak. These are the words Sikandar Raza used to describe the mood among his Zimbabwe team-mates, as they frantically called each other and exchanged messages in the minutes following the ICC’s decision to suspend Zimbabwe with immediate effect over ‘government interference’.

Raza said his team-mates’ emotions were similar to the way they felt after the World Cup Qualifier last year, when their defeat to UAE cost them a place in the 2019 World Cup. But the situation was a lot worse, he said, as players remain in the dark over their immediate and foreseeable future. Zimbabwe are scheduled to play a T20 tri-series in September in Bangladesh, against the hosts and Afghanistan, in the lead-up to the Men’s World T20 Qualifier in October in the UAE. While Zimbabwe remain suspended, representative teams will not be allowed to participate in any ICC events, making their presence in the Women’s T20 World Cup Qualifier in August and Men’s World T20 Qualifier highly unlikely.

Effectively, Zimbabwe Cricket has to get its house in order by the next ICC meeting in October. Raza said that the ICC could have applied the same conditions but at least allowed them to play cricket.

“We are all pretty heart-broken at the moment,” Raza told ESPNcricinfo. “We are still in shock to be honest, seeing how our international career can come to an end like that. Not just for one player, but for the whole country. I am not coming to terms with it so easily, and I am sure my team-mates feel the same way. Where do we go from here? Is there a way out?

“I don’t know what is the way out. We have been told that we have been suspended but not told for how long. [A] two-year [suspension] could basically bring an end to a lot of careers. I don’t know the conditions but to totally suspend us from playing cricket, while you allow whoever is responsible to get our house in order, you basically stop cricket in Zimbabwe. I don’t know how one can do that but it has happened to us now.”

Raza feared it may be time for Zimbabwe players to think of alternative careers. Raza, himself, is a software engineer, and had also attended the Air Force College in Pakistan. Although he picked up cricket as a profession later than most players, he has quickly built himself into a solid batting allrounder in international cricket, and has picked up gigs in many of the T20 leagues around the world .

“If we miss the World T20 qualifiers, we will miss the T20 tri-series in Bangladesh [in September]. What if the house [ZC] is not in order? Is the ICC going to recognise the interim committee or the old committee? What is happening?

“I don’t know where we go as international cricketers. Is it club cricket or no cricket for us? Do we just burn our kit and apply for jobs? I don’t know what we have to do right now.”

Raza said that if the ICC had directly overseen the Zimbabwe Cricket elections in June, they may have quickly recognised why the government’s Sports and Recreation Commission dismissed the board in the first place. “I genuinely thought that it would have been ideal if one member of the ICC had come and overseen the election process, for the reasons SRC dismissed the board, while we continued to play cricket. I thought that would have been a very good quick fix.”

Last year, while accepting the Player of the Tournament award at the World Cup Qualifier in Harare, Raza had voiced his disappointment at the ICC’s decision to limit the number of teams in the 2019 World Cup. He maintained a similar stance regarding cricket’s decision-makers

“As much as I want to say, there’s nothing to say. Our cricket and livelihoods have been taken away from us,” he said. “Whatever I say now will mean nothing. It will fall on deaf ears. I just thought the motto was to grow the game, and it keeps on shrinking.”