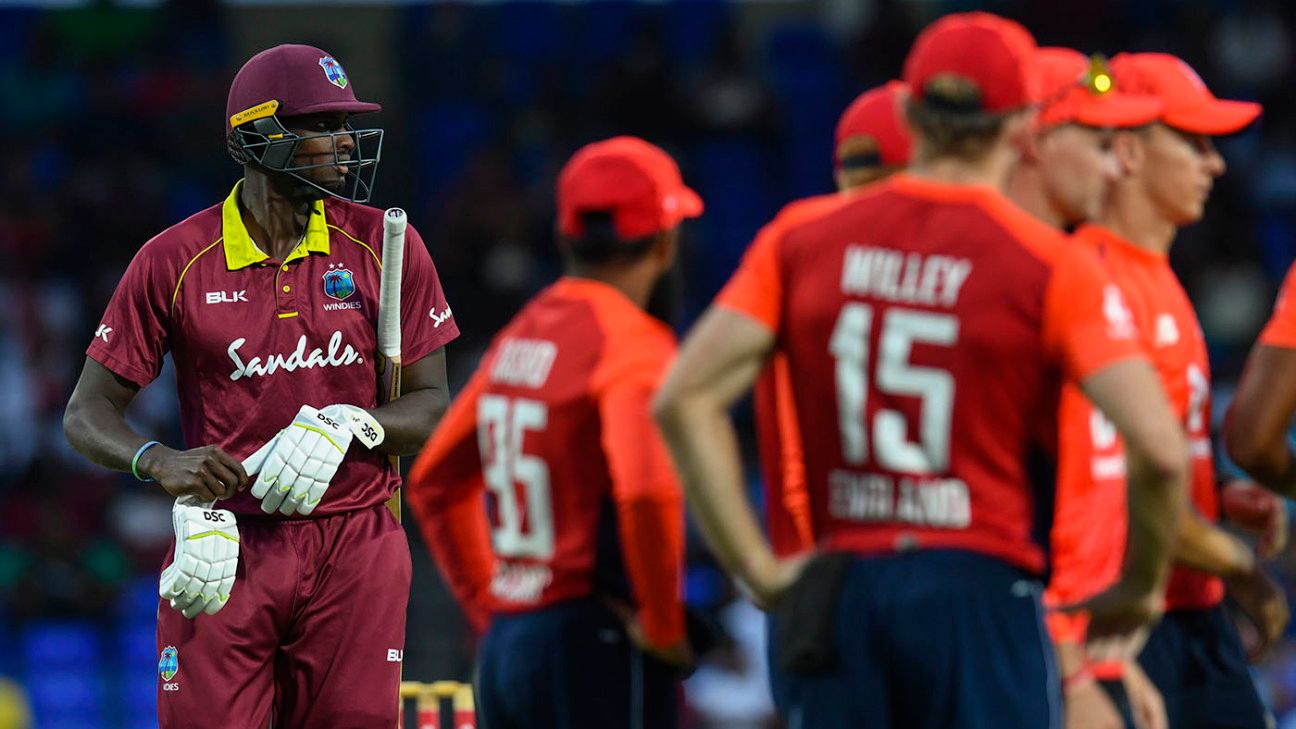 Jason Holder insisted he was “not too disheartened” by West Indies’ defeat in the T20I series against England.

While West Indies had appeared to have turned a corner in recent weeks, they rounded off England’s tour of the Caribbean by subsiding to two of the heaviest defeats in their T20 history in the last couple of games.

But while Holder, the West Indies captain, admitted the results were disappointing – not least for the good-sized crowd of locals that packed Warner Park to watch despite bush fires blowing smoke and ash across the ground – he felt they had to be kept in perspective.

“We’re a bit disappointed,” Holder said, “but there are still a lot of positives. I definitely would have accepted these results when England started their tour. Winning the Test series was exceptional and parts of the ODI series were equally as good.

“We probably let ourselves down in other parts of the ODI series but England played some great cricket as well. And we were just outplayed in the T20 series. But we’ve seen Sheldon Cottrell come into the side and do well and Oshane Thomas, too. And Chris Gayle has been outstanding. So overall, I’m pretty pleased.”

Holder refuted the suggestion that his side’s batting had “fallen apart” despite being bowled out for 45 and 71 within 48 hours, but accepted they had failed to adapt to a pitch he characterised as “two-paced”. He also pointed out that West Indies had decided to keep their ODI side together for this series with a view to the World Cup that follows and that, as a result, they were left wanting a little tactically.

“We just didn’t adjust to the wicket,” Holder said. “It was a bit two-paced and England bowled a really hard length and asked us to hit them off that length.

“The batting didn’t fall apart. We just didn’t play the surface as well as we would have liked. I still feel the batsmen are pretty confident, but the batting is a bit inconsistent in terms of our T20 performances. We need to be tighter at the top to build partnerships.

“We don’t want to brush this result aside, but we obviously kept the ODI squad together to play the T20s. And then, we didn’t adjust to the T20 format. We have our plans pretty much nailed down for the ODIs and we played a really good series in that format.

“So there’s still a lot of improvement to be had and I’m obviously disappointed. But I’m not too disheartened by the performance. Overall the guys had a pretty good ODI leg and I feel there’s a lot to build on.”