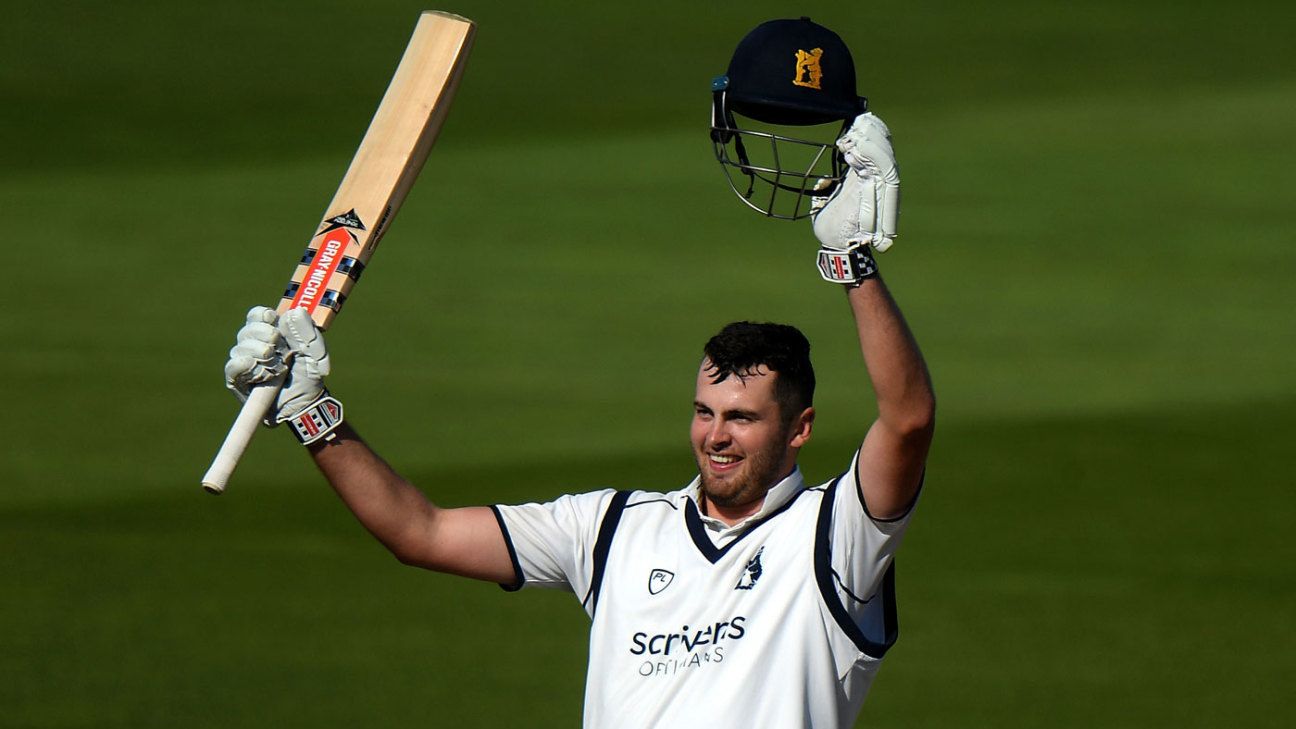 Dominic Sibley will be chasing a fourth century in as many first-class matches when he faces his former club, Surrey, as part of the MCC XI in next month’s Champion County Match in Dubai.

Sibley scored 106, 144 not out and 119 in Warwickshire’s last three County Championship Division 2 matches in September 2018. He will be joined by Warwickshire opening partner Will Rhodes in the match at the ICC Global Cricket Academy on March 24.

The MCC team, captained by Stuart Broad and finalised on Thursday, includes three players each from Essex and Somerset.

Representing 2017 county champions Essex are batsmen Tom Westley and Dan Lawrence and right-arm seamer Sam Cook. It will be Westley’s second appearance in the traditional curtain raiser to the English county season after also playing for MCC in the 2009 fixture against Durham at Lord’s.

Bess will be playing in his second Champion County Match after scoring a century at No.9 last season and taking eight wickets for the match. Somerset captain Abell scored 883 runs in the 2018 Championship.

All-rounder Trego, who has played more than 200 first-class matches for Somerset, represented MCC on the tour to Argentina in 2008 and against Warwickshire in the Champion County Match of 2013.

Worcestershire’s Ben Cox is MCC’s wicket-keeper for the match. He has been playing most recently for Otago Volts in New Zealand’s domestic T20 tournament and starred in the Worcestershire side which won its maiden Vitality Blast title last year.

MCC Assistant Secretary (Cricket) John Stephenson said: “This group boasts plenty of experience in county cricket and we are fortunate to have Stuart Broad to lead the team as captain. He will be able to pass on some of his knowledge to the younger players.

“Surrey were undoubtedly the best team in the Specsavers County Championship last season so it will be a tough test, and the challenge for MCC will be to match the excellent victory over Essex in last year’s Champion County Match.”