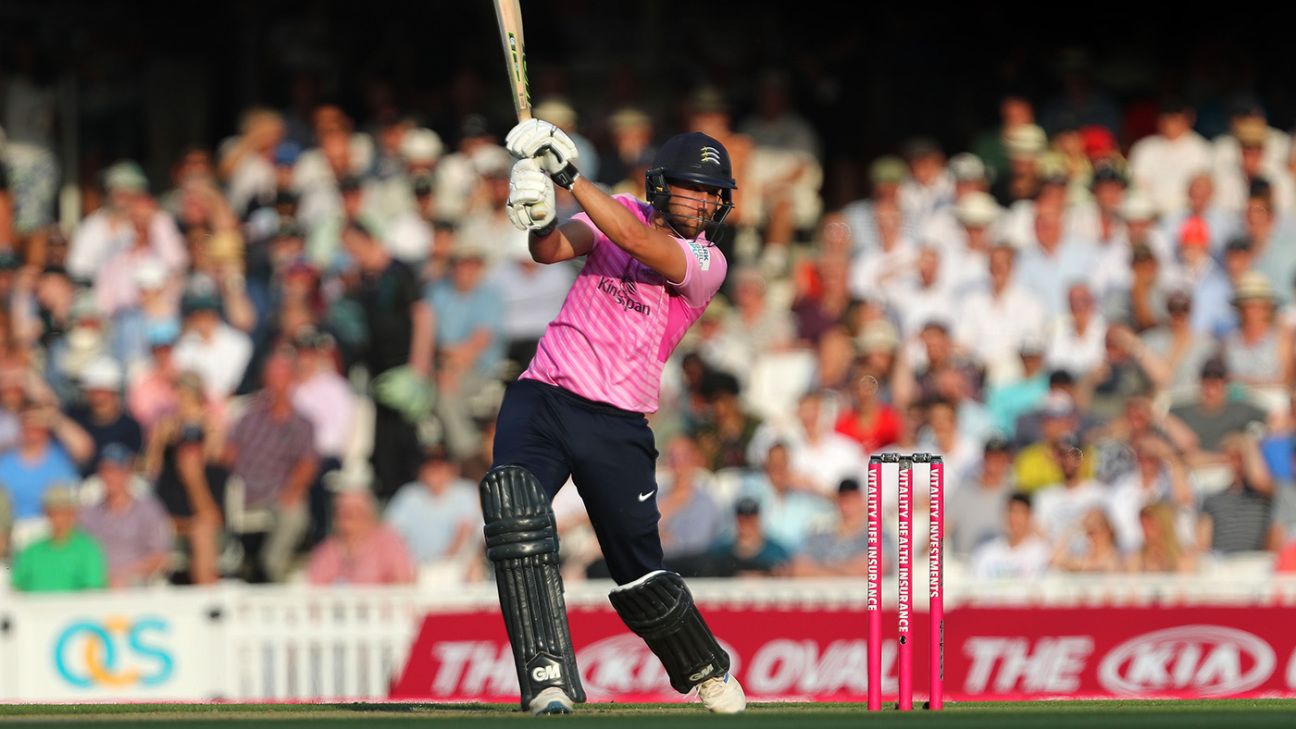 England batsman Dawid Malan has described his frustration at the way his time with Middlesex ended. Malan gave up the captaincy at the end of the 2019 season and subsequently agreed a move to Yorkshire after 13 seasons with the London club.

Under new head coach, Stuart Law, Middlesex finished eighth in Division Two of the Championship, despite Malan leading the way with more than 1000 runs. They reached the quarter-finals of both the Vitality Blast and the Royal London Cup but Malan announced his decision to step down at the end-of-season members’ forum.

Malan is currently on tour of New Zealand with the England T20I team and after his move to Yorkshire was announced said that it had begun to feel like he was “banging my head against a wall” at Middlesex, after a communications breakdown with Law.

“I just needed a fresh challenge,” he said. “I’ve been captain of Middlesex for two years, and I’ve been banging my head against a wall for a wee while. I didn’t really enjoy the cricket as much as I’d have liked to.

“When I spoke to them, Yorkshire seemed like a team that really want to win trophies, and that’s the ambition. I don’t want to finish my career just plodding along in county cricket. I want to be somewhere that really wants to challenge to win stuff.

“I was wanting things to move in the right direction [at Middlesex]. That was it. It frustrated me that I didn’t really know what was going on, or what the plans were and so on.”

While Malan has played all three formats for England, he has struggled to nail down a spot. He was their leading run-scorer in a T20I tri-series featuring New Zealand and Australia two winters ago but then did not feature again as England utilised Jos Buttler as an option at opener.

With several first-choice players such as Buttler, Jason Roy and Joe Root rested from this tour, Malan has another opportunity to stake his claim, contributing scores of 11 and 39 in the first two games.

“It was disappointing Jos went back up to open the batting, because it made position for guys like Vincey [James Vince] and myself, who bat at the top of the order, really tough,” he said.

“I think I was the leading run-scorer in the last series I played in, but I hadn’t played a game for the last 18 months in Twenty20. That’s just the way it goes. I did everything I could to be part of the squad, but unfortunately it didn’t work out because of the players they’ve got above you.”

He also indicated he hopes to force his way back into Test contention, despite England’s national selector, Ed Smith, suggesting that Malan’s game was better-suited to overseas conditions when he was dropped from the side during the 2018 summer.

“I still want to play for England across all three formats,” Malan said. “I’m only 32, so I’ve got a lot of good years ahead of me, it’s just up to me to perform.

“What Ed said wasn’t ideal but he’s clarified it to me – my Test record in England isn’t as good as it should be, which is my own fault and no one else’s. But that doesn’t mean I can’t play Test cricket again. It’s up to me to score runs for Yorkshire and keep my name in the hat.”