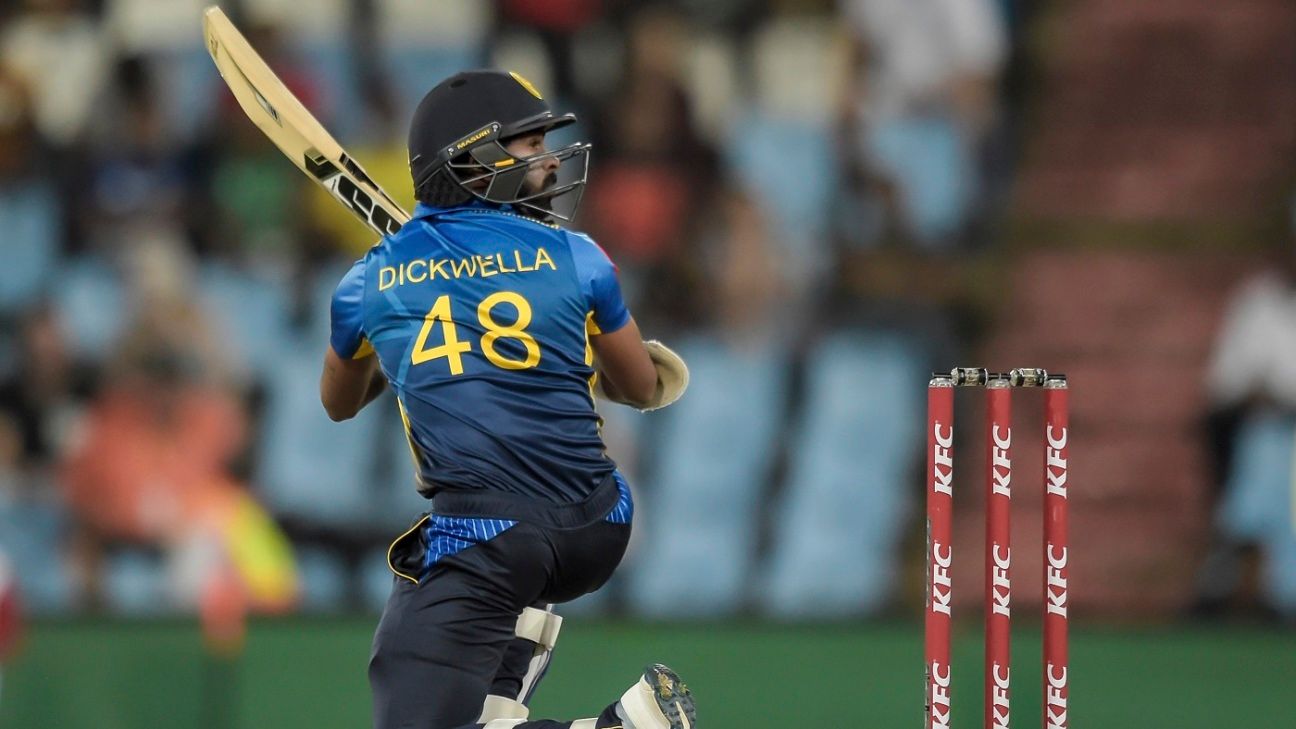 Niroshan Dickwella, Danushka Gunathilaka, Lakshan Sandakan and Lahiru Madushanka have missed the cut, as Sri Lanka announced their finalised squad for the upcoming three-match ODI series against Bangladesh which starts on July 26.

As such there will be six changes to the squad that travelled to England for the World Cup, with Shehan Jayasuriya, Wanindu Hasaranga, Akila Dananjaya, Amila Aponso and Lahiru Kumara all coming in. Dasun Shanaka, meanwhile, is set to play from the second ODI onwards as a replacement for the retiring Lasith Malinga.

ALSO READ: Malinga to retire from ODIs after first match of Bangladesh series

Of the newcomers, Jayasuriya, Kumara and Hasaranga have the best chance of being included in the side for the first ODI. Jayasuriya, who is also a part-time offspinner, impressed in the warm-up game with a gritty fifty, legspin-bowling-allrounder Hasaranga had a wicket to go with an impressive 28-run cameo, and pacer Lahiru Kumara was the pick of the Sri Lankan bowlers in largely unhelpful bowling conditions.

Dananjaya, who is the only specialist spinner in the squad, will also likely feature, though Aponso’s superior batting may figure in the minds of selectors.

Among those who missed out, Dickwella, who was out for three-ball duck in the warm-up, and Gunathilaka, who squandered an impressive start, will rue a missed opportunity to get back into the first-team fold. Both Sandakan and Madushanka, though, can count themselves a touch more unfortunate. Despite being named in the original 22-man squad, Sandakan wasn’t even named in warm-up side, while Madushanka, who has impressed with the emerging team and was name-checked by captain Dimuth Karunaratne earlier this week, was available to play but featured neither as a bowler nor batsman.