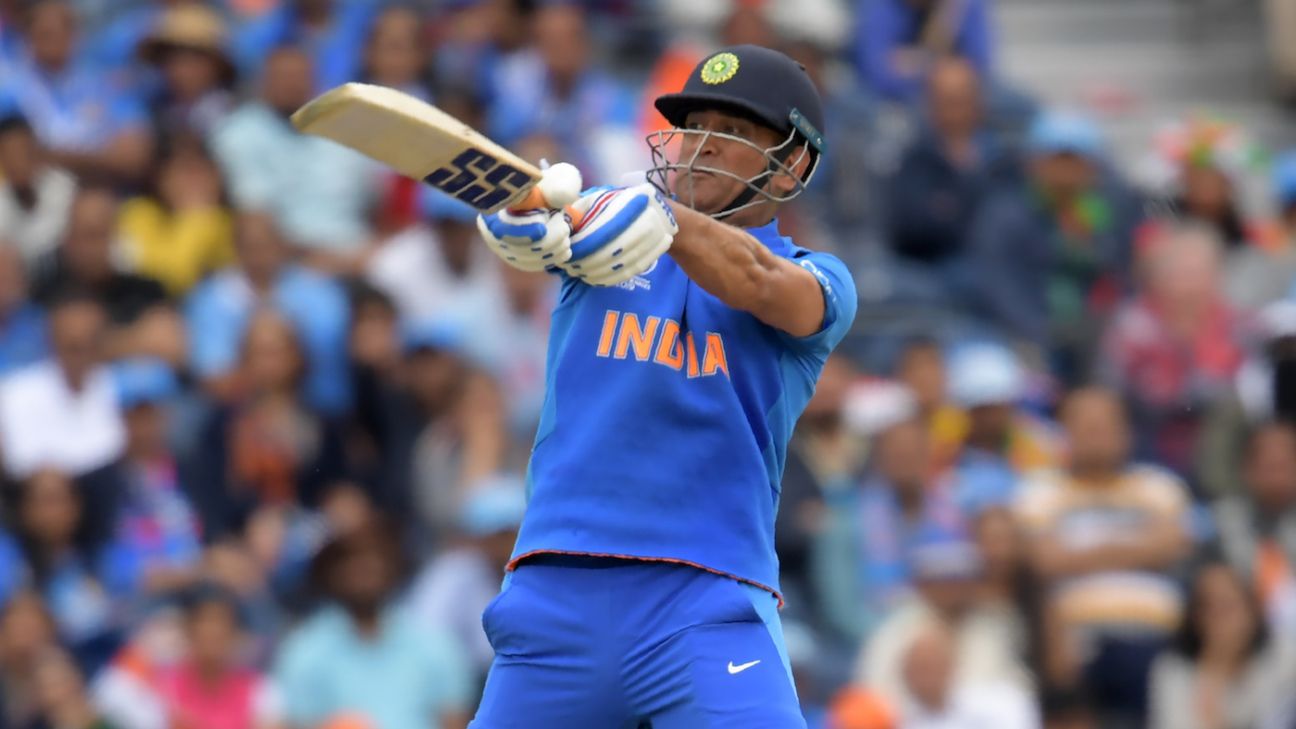 That was the word former India captain Sunil Gavaskar used to express his disappointment with the Indian team management’s decisions ahead of, and during, their World Cup 2019 campaign. India had topped the league stage of the tournament, but lost by 18 runs against fourth-placed New Zealand in a thrilling semi-final.

Matt Henry and Trent Boult had reduced India to 5 for 3 in their chase of 240, but there was some surprise about MS Dhoni‘s batting position, with the most experienced member of the team coming in at No.7, with all of Rishabh Pant, Dinesh Karthik and Hardik Pandya sent in ahead of Dhoni.

Dhoni didn’t walk out even when India became 24 for 4 in 10 overs, with Jimmy Neesham taking a spectacular one-handed catch to send back Karthik. The general expectation was that the situation was ideal for Dhoni’s experience and calm, but it was Pandya who came out to join Pant.

Both young players put their heads down in a 47-run stand for the fifth wicket, playing with confidence and composure. However, Pant went for the slog-sweep against Mitchell Santner, with the bowler having built up pressure through tight bowling, and was caught at deep midwicket. Pandya was out to a similar shot, as the asking rate mounted.

Gavaskar felt that Dhoni should have been the one to join Pant when the fourth wicket fell, since he could have settled any nerves that Pant, as a rookie, might have felt.

“At that stage (24 for 4) you did not need two players playing in the same mould,” Gavaskar told Star Sports on Thursday, the day after India’s defeat. “Both (Pant and Pandya) are attacking players. It could have been an MS Dhoni coming in at this stage and talking to Rishabh every second delivery.

“He would have assessed from the non-striker’s end what exactly Rishabh Pant is feeling: is he getting a little impatient? You have sent two people whose natural game is to go bang-bang, and at that stage, with the ball doing all kinds of things and the pressure being there, four wickets gone – you wanted somebody to hang in there. That was baffling.”

“The Indian public is entitled to answers. It is not the selection committee’s decision. It is the team management… At the moment what we are seeing didn’t work out, so we need to know.”

When India’s captain Virat Kohli was asked why Dhoni walked in at No. 7, the lowest he has batted in the tournament, he said the role Dhoni had been given some games into the tournament was to be there at the end. “Well, he’s been given that role after the first few games of being in a situation where he can, if the situation’s bad, control one end, like he did today,” Kohli said. “Or if there is a scenario where there are six or seven overs left, he can go and strike.”

Gavaskar pointed to Ambati Rayudu as one batsman who would have had the ability and experience to handle the situation following the top order collapse. Rayudu had been on the list of standbys for India’s World Cup squad, but wasn’t called up despite two men being rendered unavailable through injuries, following which he announced his retirement from all cricket.

Rayudu had batted 14 times at No.4 since his return to the Indian ODI squad last year in the Asia Cup, but he wasn’t called up to the team, with Pant flown in when Shikhar Dhawan was ruled out and Mayank Agarwal included when Vijay Shankar had to exit.

“Let’s face, there have been a lot of baffling decisions over the last couple of years. Ambati Rayudu for example – he should have been brought here,” Gavaskar said. “Why and how can you explain to me you bring in a Mayank Agarwal? He hasn’t played a single ODI as yet. He just came before the Sri Lanka game, the last league game, (so) you want to him to make his debut in a semifinals or a final in case a slot was open? Why not bring in an Ambati Rayudu, who is your standby? Very disappointing to see what happened yesterday.”

VVS Laxman, too, was critical of the selectors and the Indian team management for preferring Vijay Shankar over Rayudu in the original squad. “Yes, Vijay Shankar can contribute with the ball (too), but what about the experience the Indian middle order required?” Laxman said. “Who is that batsman at No. 4? It has been musical chairs: 13 players have been tried and tested, but they have not been given enough opportunities. In a semi-final ultimately, those kind of decisions will affect the team, which it did.”

Gavaskar said the Indian fans deserved answers to some of the rationale behind the decision-making. “Last year you say we found our No. 4,” he said, referring to when Kohli had anointed Rayudu as the man to fill that spot. “So what happens to that No. 4? He is now left out of the original squad. Then when you have the opportunity when Vijay Shankar gets unfortunately injured, you bring somebody else in. This is something nobody can understand. The Indian public is entitled to answers – what is the thinking behind this (selections).

“It is not the selection committee’s decision. It is the team management which has been asking these things. We are not saying you are wrong but at the moment what we are seeing didn’t work out, so we need to know.”

Gavaskar said even someone like Ajinkya Rahane could have been an option at No.4, given his sound technique. Rahane had been tried at that position earlier, but was dropped, and Gavaskar felt the batsman was given confusing messages.

“You have tried Ajinkya Rahane. He was your middle order batsman for such a long time. Suddenly you are only going to consider him as an opening batsman because in the middle overs he is not a finisher, he does not take runs, whatever, whatever excuses we heard,” Gavaskar said.

“In those conditions in Manchester, what did you need? Somebody with technique. Somebody who could have been around to see that period off and then eventually leave the field open for a Hardik Pandya or even a MS Dhoni.”