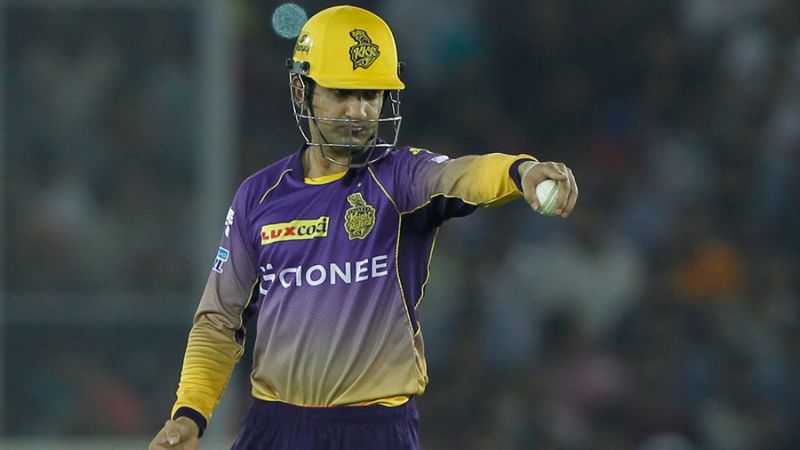 Gautam Gambhir believes that the likes of MS Dhoni and Shikhar Dhawan should have been asked to play first-class cricket before joining the Indian team for the ODI series in Australia, so that they could have hit the ground running. He was also sceptical about Rishabh Pant’s chances of making it to the World Cup squad, and said playing in the IPL before the World Cup could be a blessing in disguise for India’s players. Gambhir was speaking at an event in Bangalore. Excerpts:

On playing domestic cricket before the Australia ODIs:

Why do you skip it? Because ultimately you will get confidence by scoring runs, not by hitting the nets. You can’t be thinking, ‘I’m going to come back into form just by playing international cricket.’ The only way everyone has done it is by playing domestic cricket and scoring runs. It’s a World Cup year, so I think the selectors should have made everyone play domestic cricket.

Does Rishabh Pant have a place in the ODI squad?

I don’t think so. They’ve got MS Dhoni and Dinesh Karthik. He can wait for his opportunity. Obviously he has done well in Test cricket. He’s doing all the right things. But if you’ve got Dhoni, who got [the] Man-of-the-Series award, he deserves to be there now. And it’s so close to the World Cup, you need someone like Dhoni. Karthik has been in decent form as well over the last four-five months. The good thing is, Rishabh is keeping them on their toes as well, which is always a good sign for Indian cricket, that youngsters are pushing the seniors.

On players potentially skipping the IPL to rest before the World Cup:

I think playing the IPL is a fabulous opportunity for most of those guys to be in peak form. Because you’re only bowling four overs. It’s not like there is a lot of physical burden on you. Plus you’re going to be bowling in difficult conditions as well, whether in the first six overs or the last four. So that will keep you in good shape. You don’t suddenly miss the IPL and say ‘I’ll go to the World Cup fresh and raring to go.’ That is only from the physical point of view, but from the skill point of view, to be at the top of your game, you’ve got to be playing a tournament like the IPL. And if you do well at the IPL, it’s going to keep you in very good stead in the World Cup. Imagine Jasprit Bumrah and Bhuvneshwar Kumar bowling well in the death overs, how confident they would be going into the World Cup. Or some of the middle-order batters finishing the game for their franchise, they’ll go to the World Cup thinking, ‘We can finish from any situation’. So I think the IPL can be a blessing in disguise. I think MS Dhoni made a very good point when he said that it’s going to be a great opportunity for most of the players to be in prime form from the skill point of view.

On how Hardik Pandya and KL Rahul’s potential absence could affect the team:

One person does not change anything. The core still remains the same. KL Rahul wasn’t even there in the playing XI because we had Rayudu who did fabulously well against West Indies, so he deserved a chance before Rahul in the one-day format. Yes Hardik Pandya [might have made a difference], but you’ve replaced him with Ravindra Jadeja, who again is an allrounder. We only have, what, ten ODIs left before the World Cup? So we should maintain consistency and give people who are going to play the first game of the World Cup these ten games and see how they deliver.

On the journey from sharing his Player-of-the-Match Award with Virat Kohli when the latter made his first ODI hundred, to Kohli sweeping all the ICC awards:

On what makes Jasprit Bumrah difficult to pick:

People ask me this about Sunil Narine as well, what made him so difficult to pick – and I just said, ‘quality’. Mystery can be solved over a period of time, but he had the quality. People can keep talking about Bumrah’s action, but he’s just a quality bowler. The action can only help you in one format, probably T20 where you have to go after the bowling. But he’s been so successful in Test cricket. He’s probably the best bowler in the world right now in all three formats.

On which spinners India should look at for the World Cup:

I think both wristspinners have done a fabulous job for Indian cricket over the last one year. But I still feel that R Ashwin is someone we should look at. A quality spinner is a quality spinner, irrespective of whether you’re a wristspinner or a fingerspinner. Look at what Nathan Lyon has done in the Test series. He’s probably the best offspinner in the world and he’s a fingerspinner. So I feel we should not differentiate that there’s a wristspinner so there’s no space for a finger spinner. Someone like Ashwin, we should always consider. Looking at the conditions in England during that time of the year, the wickets could be dry and a fingerspinner could have an important role.