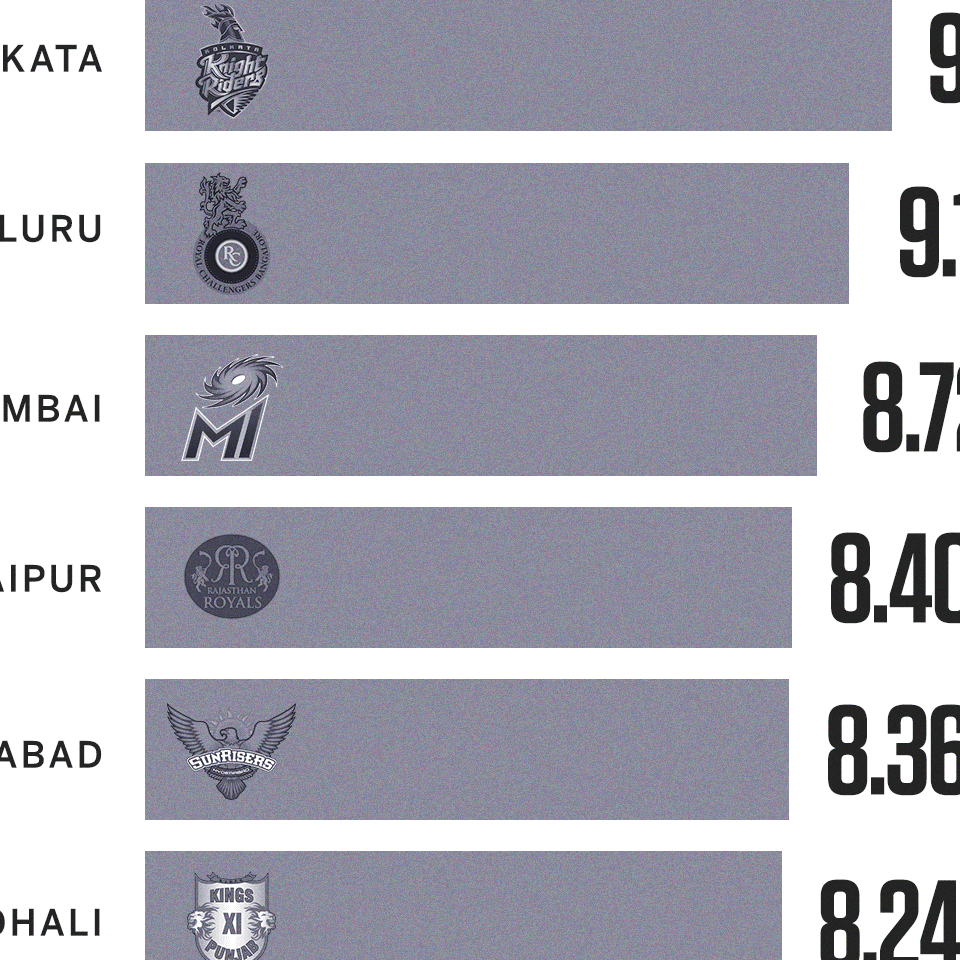 Weeks after expressing his displeasure over the slow, low Chepauk track in the season opener against Royal Challengers Bangalore, Chennai Super Kings captain MS Dhoni was once again critical of the pitch following another low-scoring match, against Kolkata Knight Riders.

After Super Kings inserted Knight Riders, keeping the dewy conditions in Chennai in mind, the visitors laboured to 108 for 9 in 20 overs, with only Andre Russell passing 20. Super Kings’ spinners Imran Tahir, Harbhajan Singh and Ravindra Jadeja bowled 15 dots each and ended with combined figures of 12-0-53-5.

Super Kings’ batsmen themselves struggled to get going in the chase, but opener Faf du Plessis ushered them home with seven wickets and 16 balls to spare.

Super Kings and Knight Riders played on the same pitch that was used for the hosts’ fixture against Kings XI Punjab on Saturday. Dhoni likened the pitch to the opening game of the season that produced a mere a 141 runs. The spinners accounted for 10 of the 13 wickets to fall in that game.

“Well, again, it became like the first game,” Dhoni said at the post-match presentation on Tuesday. “We were cribbing about the track but we ended up winning the game. And [after] losing Bravo, it’s slightly difficult for us to get the combination right because we’re missing an allrounder and David [Willey] is not here, so it can’t be a straight swap.

“So, if you look it looks a good wicket to us. But, I don’t think we want to play on wickets like these because it becomes too low-scoring and it becomes slightly difficult for our batters to get going. And also what happens is that it’s slightly more difficult if you’re batting first. As the dew comes in, it becomes slightly easier in the second half.”

Seamer Deepak Chahar, who claimed 3 for 20, echoed his captain Dhoni’s thoughts and said Super Kings want a “better” pitch at home. He put down the sluggish nature of the pitches down to the extreme heat and humidity in Chennai.

Ahead of the matches and during practice sessions, the groundstaff have shielded the playing square from getting to dry under the blazing Chennai sun by setting up a tent-like structure.

“I’m happy I performed well, but obviously we’re looking for a better wicket,” Chahar said. “Nobody wants this type of a wicket. It’s [because of] the soil and heat and you can’t help it. It’s very hot here and the pitch curators are doing their best job to give us a good track. But, at the end of the day you can’t help it.”