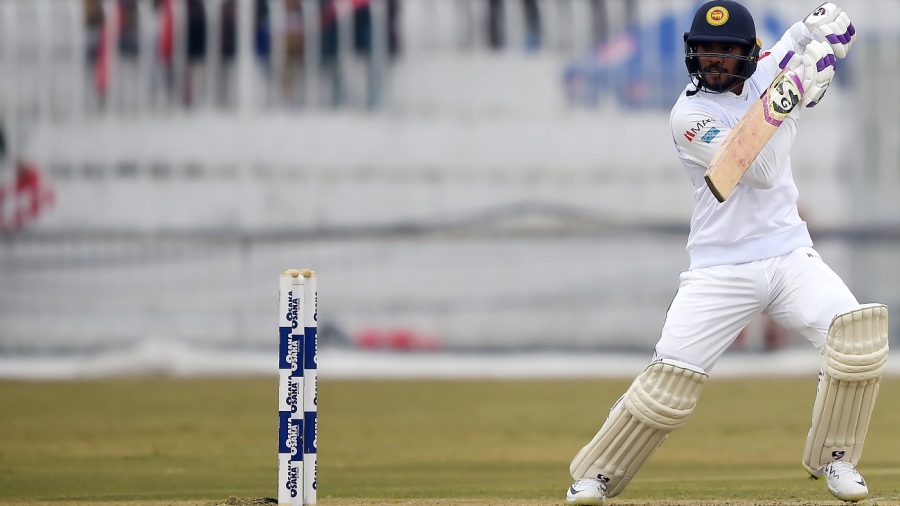 Thirty-two deliveries. That’s all the cricket Rawalpindi saw on yet another frustrating, weather-affected day. Overnight rain and a delay in removing the covers wiped out the entire first session of play – the one-hour lunch break for Friday prayers unfortunately falling during exactly the brightest, most cricket-conducive period of the day. Play did eventually begin at 1.10pm, but went on for only 26 minutes, before the umpires deemed the light too poor for cricket to continue.

In the 5.2 overs that were played, Dhananjaya de Silva stroked two confident boundaries – a checked drive through cover off Shaheen Afridi, and a pull through midwicket off Naseem Shah – and moved to 87, having begun the day on 72.

On 81 he was very nearly dismissed, when he under-edged a short-of-a-length delivery from Naseem, and the ball almost deflected into leg stump. Aside from that one scare, however, he appeared comfortable at the crease for the third day in a row, rarely missing out on scoring opportunities, though both Shaheen and Naseem were getting both seam movement and carry out of the pitch.

Dilruwan Perera was far tetchier, having been beaten repeatedly though he faced only 12 deliveries in the day. Sri Lanka, though, did not lose a wicket and inched ahead to 263 for 6.

A result in this Test seems extremely unlikely now. You’d think it would require at least two dramatic batting collapses in the three full innings that are remaining – though if there are two teams that can collectively produce such batting catastrophes, they are Pakistan and Sri Lanka.