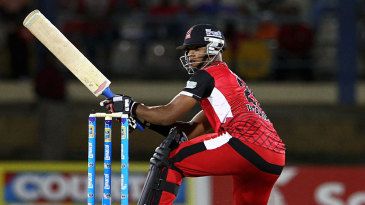 Dhaka Dynamites are now unbeaten after four games. The last of which came after Sylhet Sixers wrre beaten by 32 runs despite a spell of sensational six-hitting from West Indies batsman Nicholas Pooran. He hit nine sixes in his 47-ball 72, adding more than a dash of entertainment quotient for the evening. Yet, the result was never in doubt.

Dhaka’s 173 for 7 was built around a second-wicket stand of 67 between Sunil Narine and Rony Talukdar, who made 58. Then they collapsed from 117 for 3 to 125 for 7 in the space of 18 balls. They found saviours in Nurul Hasan and Mohammad Naim, who struck two fours and a six between them in the last five overs to give the Dhaka a strong finish. With the ball, Taskin Ahmed took three wickets in an over to derail the chase.

Taskin removed big guns Andre Russell and Kieron Pollard and allrounder Shuvagata Hom in the 15th over, just as the Dhaka were entering the slog overs.

Nurul Hasan and Mohammad Naim, both unbeaten on 18 and 25 respectively, revived Dhaka with their 48-run unbroken eighth wicket stand.

David Warner and Liton Das fell inside four overs of the chase.

Pooran preferred the straight boundaru, striking his West Indies team-mates Russell and Narine for big sixes. He also attacked Rubel, among Bangladesh’s best bowlers, while hitting Shakib twice over the square leg fence. The best hit was reversed for Shuvagata, who was reverse slog-swept into the second tier.

During the 17th over of the Dynamites innings, the ball slipped out of Sohail Tanvir’s grip and went flying high over both the batsman Naim and wicketkeeper Liton, bouncing a few times to the boundary as he conceded five runs in no-balls.

Dhaka have made it four wins out of four while the Sixers have work to do, having lost two out of three games now.