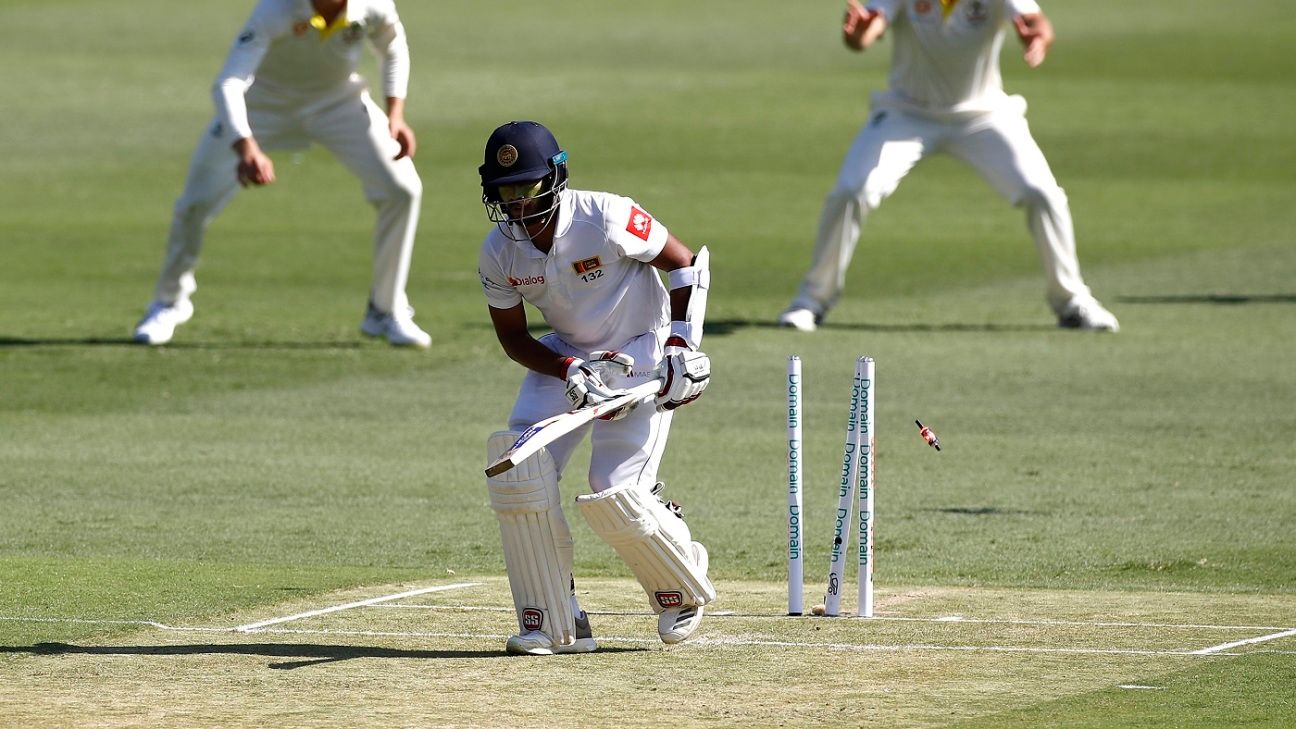 Having had their bowling stocks severely depleted over the past two weeks, Sri Lanka are hoping for a batting-friendly pitch in Canberra. Or at least bowling coach Rumesh Ratnayake is.

The visitors had arrived in Australia with their five best fast bowlers in the squad. However, three quicks have now been sent home in quick succession – Nuwan Pradeep and Lahiru Kumara with injured hamstrings, and Dushmantha Chameera with a fracture in his ankle. Replacements have arrived, in the form of left-armer Vishwa Fernando and bowling allrounder Chamika Karunaratne. But as developing bowlers, neither is capable of reaching the speeds of Chameera and Kumara, while, perhaps they are as-yet unable to match the seam movement Pradeep can generate either.

With Chameera and Kumara both having picked up their injuries at the Gabba, Ratnayake is left hoping conditions allow the batsmen to take some of the pressure off the bowlers.

“As we started we know that our bowling has got weaker because two of our main bowlers have gone out,” Ratnayake said. “Canberra has a reputation of being a good batting wicket. We hope it will be a good batting wicket too. We have told the bowlers that if we bowl in the better areas that would be the better way to move forward.

“Disappointing to lose two of our better quicks. But Suranga Lakmal is in good shape. Lahiru bowled quick. But if you really analyse it, it was not the pace that got the wickets. [Mitchell] Starc bowled quick and he didn’t get wickets. Lahiru bowled quick but it was Suranga who took the wickets for us like it was [Pat] Cummins for them and not Starc. Good execution and out-thinking the batsman is what is required.”

“If the Aussies don’t want Mitch Starc we’ll have him,” Ratnayake joked. “We don’t mind having him. It’s just that Mitchell has not been not getting wickets but he has been hitting 148 and 149. But he has not been getting wickets. Not been bowling the best I have known him but you don’t know when his day going to be.”

Sri Lanka go into the second Test amid growing off-field disruptions. Their coach, Chandika Hathurasingha, was removed from his role as selector-on-tour after the loss in Brisbane. Avishka Gunawaradena, the Sri Lanka A coach, has been named as their stand-in batting coach until the newly-appointed Jon Lewis (who has left the tour because of family issues) returns. This was Lewis’ first Test series with the Sri Lanka team, having replaced Thilan Samaraweera, whose assignment with the national team was cut short after the New Zealand tour.

“Two batting coaches have gone now. It is not easy,” said Ratnayake. “When the chips are down, the challenges get stronger and we hope as a group that we will be strong. Before we embarked on this we knew that it was going to be tough three tours for us. Three super Test series. It is tough for any team to go to New Zealand, South Africa and Australia.

“It is challenging and we wanted to take up that challenge. We said what if we can win one of the Tests here that was our ambition and motive. The toughness has to be there. These challenges are good for the boys to a certain extent to get the best out of them. There’s a saying that you are at the strongest when you are down.”