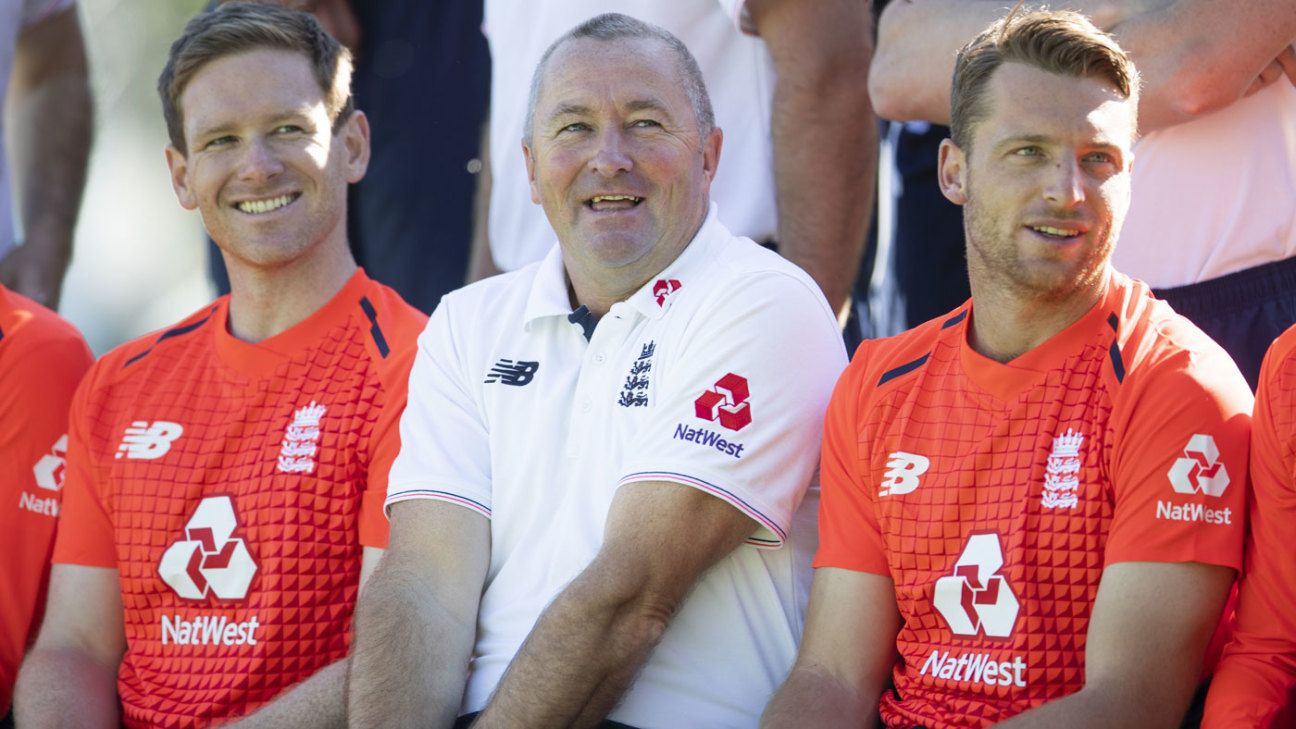 Paul Farbrace was unable to face telling his England colleagues he would not be with them for the World Cup. So upset was Farbrace, England’s assistant coach for the last five years, that, having told a couple of key individuals such as head coach, Trevor Bayliss, he sent a WhatsApp message to the rest of the coaches and players. The decision, he said, was “the hardest thing I have ever had to do”.

For the timing of his departure is not ideal. England have been planning for the World Cup for four years and Farbrace has been at the centre of those plans. It was on his watch, after all, that England’s white-ball resurgence started.

But now, with about 100 days to go until the tournament starts, one of the architects of their limited-overs improvement is to leave them. He will start his new role, as director of sport at Warwickshire, almost as soon as this tour of the Caribbean ends in mid-March.

But, after discussions, it was decided – ultimately by Ashley Giles, the managing director of England men’s cricket – that Farbrace’s departure at the end of the Caribbean tour would cause minimum disruption. There’s no confirmation of a successor, though Paul Collingwood would appear to be well placed.

“It’s a huge wrench,” Farbrace said. “I found it hard telling one or two people yesterday and I couldn’t tell too many this morning. I had to send a Whatsapp around the players and management groups.

“It’s tough because I’ve had the opportunity to do something I never dreamed I would come close to doing. I wasn’t good enough to play international cricket and I only played a little bit of county cricket. The reason I left the coaching job with Sri Lanka was that I thought the opportunity to work with England would never come again.

He would have liked to have the chance to succeed Bayliss as England’s head coach, too. But sometime over the last 12 months or so, it has become apparent that the dressing room might benefit from some fresh voices and Farbrace could do with a change. Living out of a suitcase and sleeping in hotel rooms has, for now at least, lost some of its charm for him. Instead he will swap tracksuit for suit – a significant change for a man who has always been hands-on in a coaching role – and the travelling for relative stability.

Warwickshire, are one of the biggest counties with a large budget and impressive ground, offers both security and the chance to improve his CV. He is only 51 and does not rule out the possibility of returning to international cricket in a few years.

“Of course every coach wants to coach their national team,” he said. “But I don’t think I could have committed to another four years. I don’t think I’ve got the energy to commit to another four years of international cricket. Therefore I’d have been doing it from a very selfish point of view: just to say I’d done it, as opposed to because I really want to do it and it really was the right thing for me to do.

“You travel the world with the team and it’s tough; it’s hard. As much as you tell your mates that you’re spending two months in the Caribbean and no one feels sorry for you, in terms of your home life, you as a person and the energy you’re trying to bring to the job every day, it’s quite a drain. I just felt at the end of this summer, with Trevor moving on, it was the right time for me to move on and look for something else.

“I did tell Ashley Giles in Antigua [during the Test series] that I didn’t see myself carrying on after September because I thought the time was right for me to walk away. I got the feeling it wasn’t right for me and the team to carry on. I think the Test team need fresh voices. And personally I need to do something different. I need to freshen up. International cricket is not something you can do half-heartedly.”

Farbrace’s role in England’s limited-overs resurgence is well documented. As interim coach at the start of the 2015 English season – Bayliss had been appointed but did not start until July – he oversaw a change of approach that saw the ODI team improve sharply from the debacle of the World Cup.

He also encouraged a more positive approach in Test cricket. Ben Stokes was moved to No. 6 and given assurances he would be given an extended run there, at a stroke providing the side with a balance it had lacked since the retirement of Andrew Flintoff. Meanwhile, Jos Buttler was established at No. 7 and Moeen Ali No. 8. In short, the middle-order that has proven England’s strength in recent times, was largely established under Farbrace.

He describes his role as “filling the gaps”. And, as a man steeped in county cricket – he could sometimes be seen, on rare days off, watching from the shadows at one county ground or another – he certainly helped Bayliss with background knowledge of players. At other times, he was the one put before the media to explain why England didn’t have any fast bowlers or why their batsmen had been rolled over in a session. As he put it: “As an assistant coach, you don’t necessarily do the glitzy days.”

But Farbrace did a lot to define the way this England team play. And if they do go on to win the World Cup, he’ll deserve his share of the credit. Equally, if they fail to do so, perhaps we will look back and wonder if England might not have been wise to insist on his retention for another three months or so.

“I was worried about rocking the boat,” he said. “And I told Ashley if he wanted me to stay until after the World Cup I was happy to do that and Warwickshire were happy for me to do that.

“But the feeling was the right time is at the end of this series. Making the change now still allows enough time through the Pakistan ODI series, the World Cup warm-ups and the World Cup itself. I don’t think it will destabilise the mood at all. And, if I left at the end of the World Cup, it is literally a week before the Ashes starts and that could cause even more disruption. There isn’t a perfect time.

“But I’m desperately hoping England win the World Cup and, if they do, I’ll know I’ll have played a very small part.”