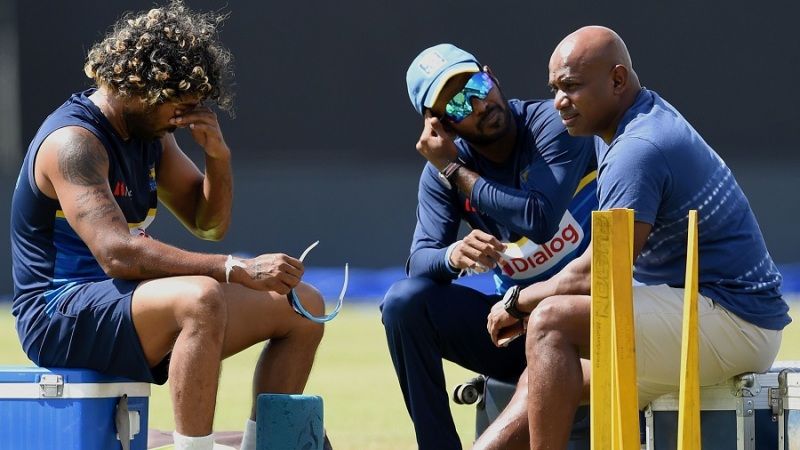 Sanath Jayasuriya said he chose not to contest the two-year ban imposed on him by the ICC because of his “love” for the game. The former Sri Lankan captain was punished for failing to co-operate with its anti-corruption unit, a charge that was laid on him last October when he wouldn’t hand over his mobile devices when the ACU had asked for them.

Under the anti-corruption code, the ACU can seek bank details, phone records and assets including the immediate handover of the communication devices from players/match officials and administrators. If someone fails or refuses to do that, they can be charged.

Message to my fan… pic.twitter.com/YFeCR4opEs

The ACU found Jayasuriya guilty on two counts: failure to cooperate with the investigation, failure to provide accurate and timely documentation, obstructing or delaying the probe by concealing, tampering with or destroying any documentation or other information that may be relevant to that investigation and/or that may be evidence or may lead to the discovery of evidence of corrupt conduct under the Anti-Corruption Code.

However, Jaysuriya insisted he had not committed any corrupt acts. “The purported finding of the ACU stems from an alleged failure, on my part, to cooperate with the investigation carried out by the ACU by not providing a sim card and iPhone immediately on demand to the ICC ACU Officials. It is clear that there were no Corruption charges, Betting charges or Misuse of Inside Information charges levelled against me under the Code.”

Jayasuriya was given the option to contest the ACU charges in front of the ICC’s anti-corruption tribunal but he opted not to do so since that would only “exhaust” him mentally and physically in addition to costing a lot of money.

“The circumstances surrounding the alleged failure, on my part, to provide the sim card and iPhone to the ICC ACU Officials immediately on demand were very personal in nature and a full hearing before an Anti-Corruption Tribunal would have entailed an in-depth examination on whether these surrounding circumstances would amount to a compelling justification.

“Although, I subsequently provided the sim card and iPhone to the ICC ACU, in light of the on-going war against Corruption and in recognition of the fundamental sporting imperatives as contained in Article 1.1 of the Code, I decided to admit the said charges at the first instance for the love of the Sport of Cricket, for the greater good and to protect the integrity of the Sport of Cricket.”

Jayasuriya said it was “unfortunate” the ACU had still proceeded to charge him with the breach despite there being no “allegations of Corruption, Betting or Misuse of Inside Information” against him.

“I reiterate the fact that I have always maintained a high degree of integrity throughout my cricketing career. I have always put country first and the cricket loving public are the best witnesses to this aspect.”