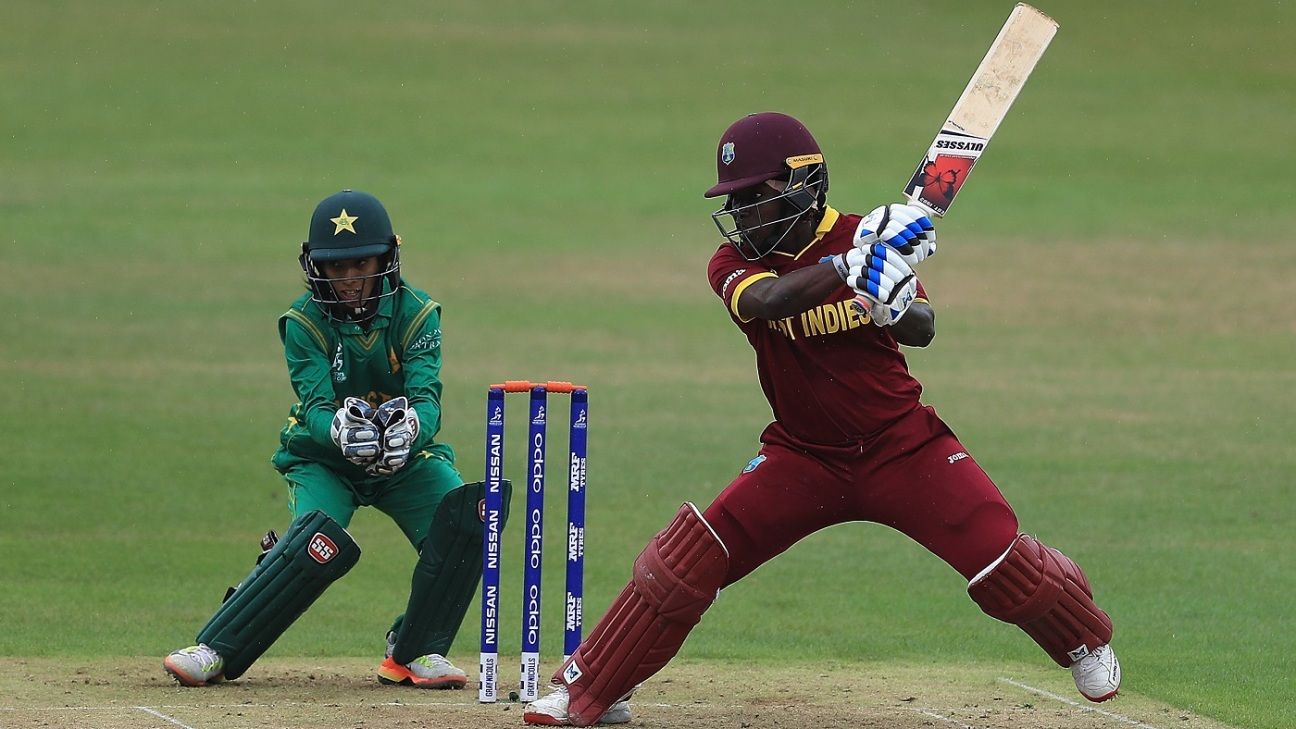 Deandra Dottin demolished Pakistan in the first ever women’s ODI to be played at the Dubai International Stadium, with a dominant 96 and 3 for 14. Her all-round brilliance handed Pakistan a 146-run drubbing and West Indies two championship points.

West Indies secured the victory after Pakistan lost 9 for 24 to be dismissed for 70 in their chase of 217. Javeria Khan had stood in as captain in place of Bismah Maroof who was rested after she was hit on the jaw while attempting to catch the ball on the eve of the game.

Dottin’s disdainful all-round show followed a productive T20I series in which she struck 158 runs and took three wickets. On Thursday, after West Indies had laboured to 25 for 1 in the Powerplay, she bailed her side out of trouble. Dottin’s opening partner Kycia Knight, though, was bowled for an 18-ball duck in the sixth over by Sana Mir.

Dottin, however, found able assistance from the returning captain Stafanie Taylor, who had opted out of the T20I series in Karachi that West Indies won 2-1. They brought up the team fifty in the 22nd over, and then in the next over, Dottin cut loose to smash Umaima Sohail for 11 runs.

The pair put on 146, West Indies’ fifth highest in ODIs. Later, they attacked offspinner Nida Dar and left-arm spinner Nashra Sandhu in the 37th and 38th overs, before medium-pacer Kainat Imtiaz had Taylor holing out to Sidra Ameen in the 40th over for an enterprising 97-ball 58, her first international fifty in nearly a year.

Dottin muscled eight fours and two sixes in her 139-ball knock, but was denied a hundred by Imtiaz, who ended with 3 for 49. After Dottin’s departure, contrasting cameos from Shermaine Campbelle (26* off 30 balls) and Chinelle Henry (18* off 9 balls) hauled West Indies past 200.

In reply, Pakistan folded for 70 in 29.5 overs. After Pakistan lost Sidra Ameen for a duck in the second over, Nahida Khan, the other opener, top-scored with a 47-ball 23. However, she had to retire hurt after being hit on the visor of her helmet. Soon after, Dottin bowled the No. 4 batsman Sohail for a golden duck, in the 17th over, triggering a full-blown collapse. With Aimen Anwar opting against batting after sustaining a hamstring injury during West Indies’ innings, Pakistan’s chase had a premature end.

Like Dottin, Afy Fletcher contributed handsomely in scripting Pakistan’s downfall, with her 3 for 17 in 8.5 overs.