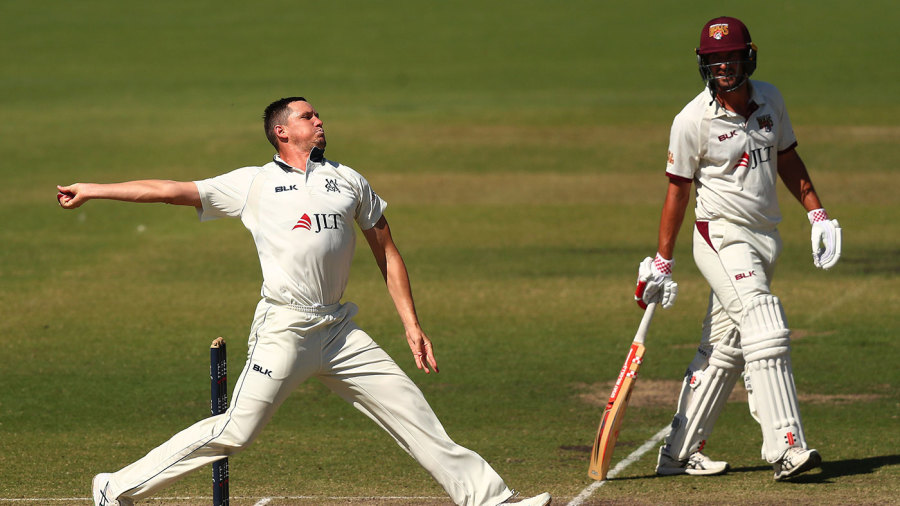 Victoria were well on track to head into their home Sheffield Shield final with another victory under their belt after making strong progress towards a target of 167 against bottom-placed South Australia.

The Redbacks continued their forgettable Shield season slipping to 4 for 39 in their second innings after Victoria earned a lead of 26. A battling display from the middle order avoided a complete collapse, but the last five wickets then fell for 26 as Chris Tremain finished with 4 for 34.

By stumps, Victoria had motored to 0 for 69 with openers Marcus Harris and Travis Dean getting the required runs under a hundred.

James Pattinson made the early inroads during a lively new-ball spell and had two wickets before he conceded a run when he removed Jake Weatherald and Kelvin Smith to leave South Australia 2 for 2.

Tremain and Andrew Fekete chipped in and it appeared the Redbacks could be blown away but captain Travis Head provided resistance, while Brad Davis struck his maiden first-class fifty in a determined 137-ball occupation of the crease.

Tremain returned to remove Head, who sent a leading edge back to the bowler, before Davis and Harry Nielsen added 64 for the sixth wicket to give hope of setting a competitive fourth-innings chase. However, Nielsen fell to the part-time spin of Matt Short then the rest of the innings was wrapped up by Tremain and Jon Holland.