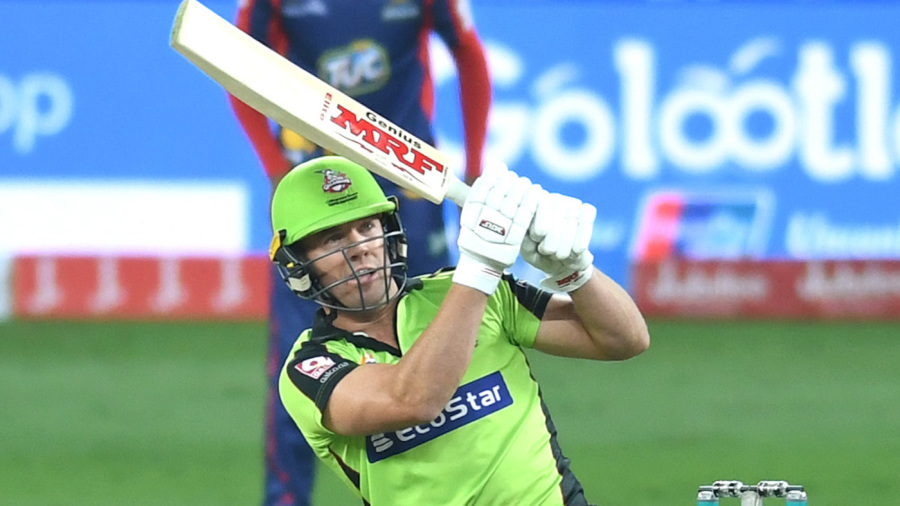 How the match played out

Lahore Qalandars – the whipping boys of the PSL no more. Or so their fans would hope, and the manner of victory on Friday must have raised their hopes a lot. At one stage, it looked like familiar sorry tale would play out. At one stage, Qalandars looked set to concede in excess of 220. Drooped shoulders and worried faces within the team, nails chipping sharply off the owner’s finger – it wasn’t where they wanted to be. Then they found a magic wand through the fingers of an 18-year-old from Nepal.

Sandeep Lamichhane, fast becoming a global T20 citizen, struck three vital blows to stymie Multan Sultans as they finished on 200 for 6. Buoyed but by no means guaranteed victory, Qalandars started superbly courtesy a bruising Fakhar Zaman half-century before panicking. Sweetly-timed strokes replaced by mistimed hoicks, shrieks of desperation and eventually three wickets in the space of nine deliveries. The onus was on AB de Villiers, still quite the crowd favourite even if he is now nearly a year into international retirement.

On a smallish Sharjah ground, he set himself in, saw the asking rate spiral to 14 with five overs left. Then left with little option but to go for broke, he launched a sensational assault, bringing up his half-century off just 26 balls courtesy three fours and three sixes, including a sensational reverse scoop over third man after having set himself up originally for a ramp over fine leg.

He was helped in no small part by fellow South African David Wiese, who muscled five sixes, including one off the final delivery with Qalandars needing three to win. The outpour of emotions in the aftermath, and the ‘dancing in the isles’ – made famous by Tony Greig’s on-air commentary frenzy – by men wearing light-green t-shirts told you a story. This was one of Qalandar’s most special PSL memory yet.

This was the second-highest successful chase in PSL history, only behind Quetta Gladiators’ chase of 201 against Qalandars in 2016.