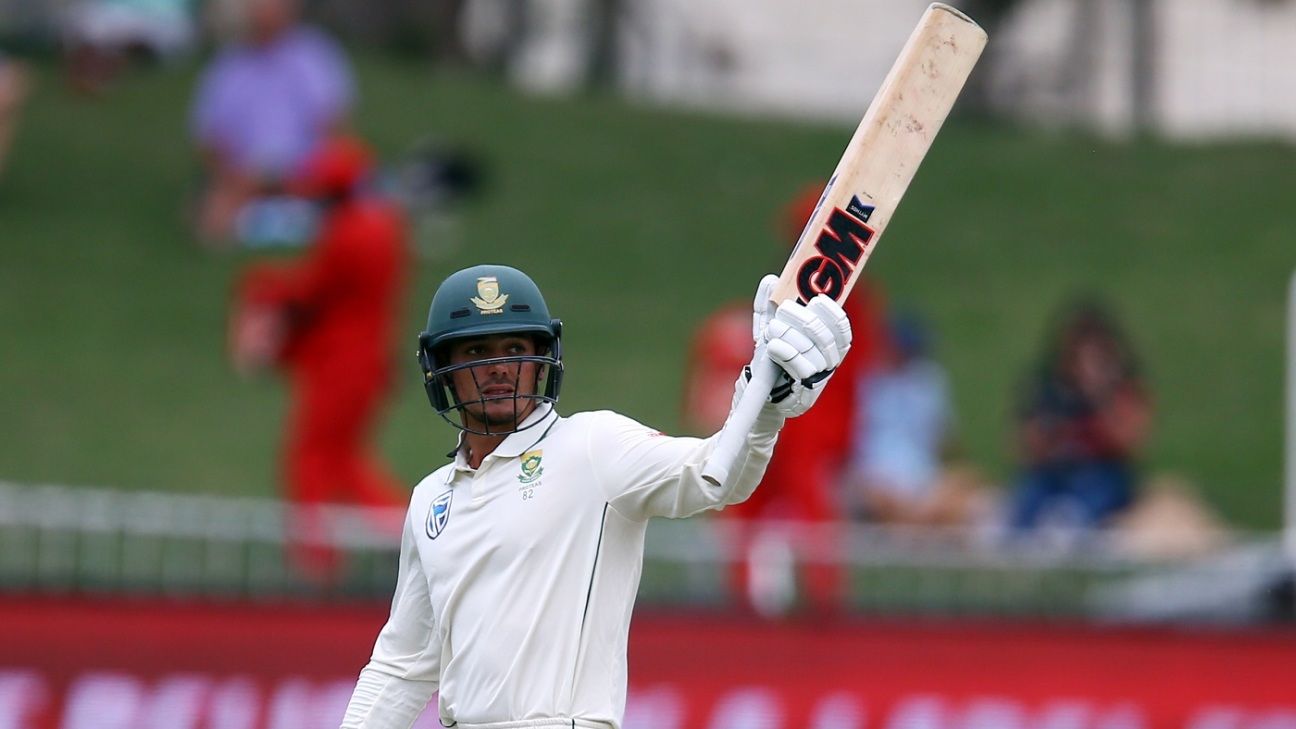 Across the world, batsmen are not having a happy time in Test cricket right now. If you’re not being blasted out in Australia, you’re being nicked off in West Indies, turned inside-out in England, ground into the dust in Bangladesh, or – and perhaps this is the worst indignity – smiled all the way back to the dressing room by nice-guy New Zealand, who will later come to a press conference and talk about how beautifully you batted for your 7 off 42 balls.

Amidst all this, there is the advent of pink-ball cricket, which is almost unquestionably bowler friendly, while also a global conversation simmers about whether every country should switch to the Dukes ball, which has a prouder seam and is thus better for both quicks and spinners than the widely-used Kookaburra. Meantime, in Sri Lanka, where there hasn’t been a draw for a record 24 Tests, spinners there could conceivably run through a batting line up with a well-chosen tomato.

Batsmen had it way too good for way too long, so of course, no one should even think about sympathising. Averages last year were their lowest since 1960, but you only need to cast your mind back around a decade to recall cricketing atrocities such as this Test in St. John’s, or this nauseating run-smorgasbord in Colombo.

But if there did exist a country where batsmen deserve a little understanding, perhaps it is South Africa. Since the start of 2017, only in the Caribbean have batting averages been lower than the 24.98 here. And unlike for the West Indies, the figure in South Africa has been achieved despite great batsmen – the likes of Hashim Amla and AB de Villiers – having played in this top order. Amla’s average has retreated over the past seasons. De Villiers’ had slipped slightly from its 2014 peak as well.

Much of this batting decline is the doing of coach Ottis Gibson, for whom fast bowlers are heaven-appointed kings, and batsmen merely the guards sworn to protect them. So, over the last two seasons, South Africa have played on extremely lively surfaces, and batsmen have taken arrows in the backside for the likes of Kagiso Rabada and Vernon Philander. In this home summer, South Africa have eased to a whitewash against Pakistan, and were only separated from a fourth win by possibly the greatest Test innings ever played, and yet their own batsmen feel as besieged as ever. Since December, every player in their top seven has seen their overall average either stagnate or suffer.

Every player, that is, except Quinton de Kock. Not for him the groping, jerking and prodding away of his teammates. Not for him the tearful nursing of red bruises on the edges of their bats, in the dressing room. He had had a poor 2017 with the bat and was even worse for the majority of last year, but this season the man seems to have found his calling. Coming out to scorelines such as 146 for 6, or 93 for 5, or 89 for 4, de Kock has bludgeoned away, often in the company of the tail, making those vital, prise-them-from-your-opponents’-fist kind of runs. Several times, when South Africa have actually been in danger of giving up a first-innings lead, de Kock has ensured that they punched and kicked and somehow wangled their way to an acceptable score.

Following his sparkling 86 off 87 balls in Port Elizabeth on the opening day, his average since December has risen to 67.42 – 25 higher than that of his next-best team-mate. Perhaps the most telling number, though, is not his average. In one of the toughest batting summers in South Africa, de Kock has breezed his 472 runs at a strike rate of 85.81. Essentially, he has brought into the Test arena, his batting in ODIs – a format he has been consistently outstanding in. In doing so, he may also have happened upon a vital mantra for bad-pitch batting: score your runs quickly, before inevitably, the unplayable ball comes for you.

Twice in as many Tests against Sri Lanka he has forged excellent partnerships with lower order batsmen. At Kingsmead, he and Keshav Maharaj had put on 47 together off 51 balls. On day one at St. George’s Park, his 59-run stand with Rabada, was the best of the innings, and produced more than a quarter of the team’s eventual total.

“The runs Quinton is scoring and the way he’s scoring are so important,” Aiden Markram, the only other half-centurion in South Africa’s innings, said. “He really moves the game forward and changes the momentum in our favour. He’s batting at a pretty vital position for the side. When he’s scoring quickly, it really helps us pull away.”

Maybe inadvertently, also, in South Africa have got de Kock batting in the best possible position in the order. Low-scoring matches are often turned on counterattacks. And de Kock – the most capable of the South Africa batsmen of producing these definitive salvos – arrives at the crease when the ball is not old exactly, but has lost a little bit of the hardness around the seam that had wrecked the rest of the top order earlier on. He arrives when conditions are not quite so stacked against him, and has lately used that little leverage to propel his side to an un-embarrassing total.

It is often said of bowler-friendly tracks that they bring teams closer together. When scores of 250 play scores of 200, and edges through slip comprise a significant portion of a team’s total, the lower-quality team doesn’t always look so bad, as they might in better batting conditions. If South Africa go on to win this Port Elizabeth Test – and they are far from doing that yet – they owe plenty to de Kock’s 86. Just as they do to his 45, 59 and 129 against Pakistan.