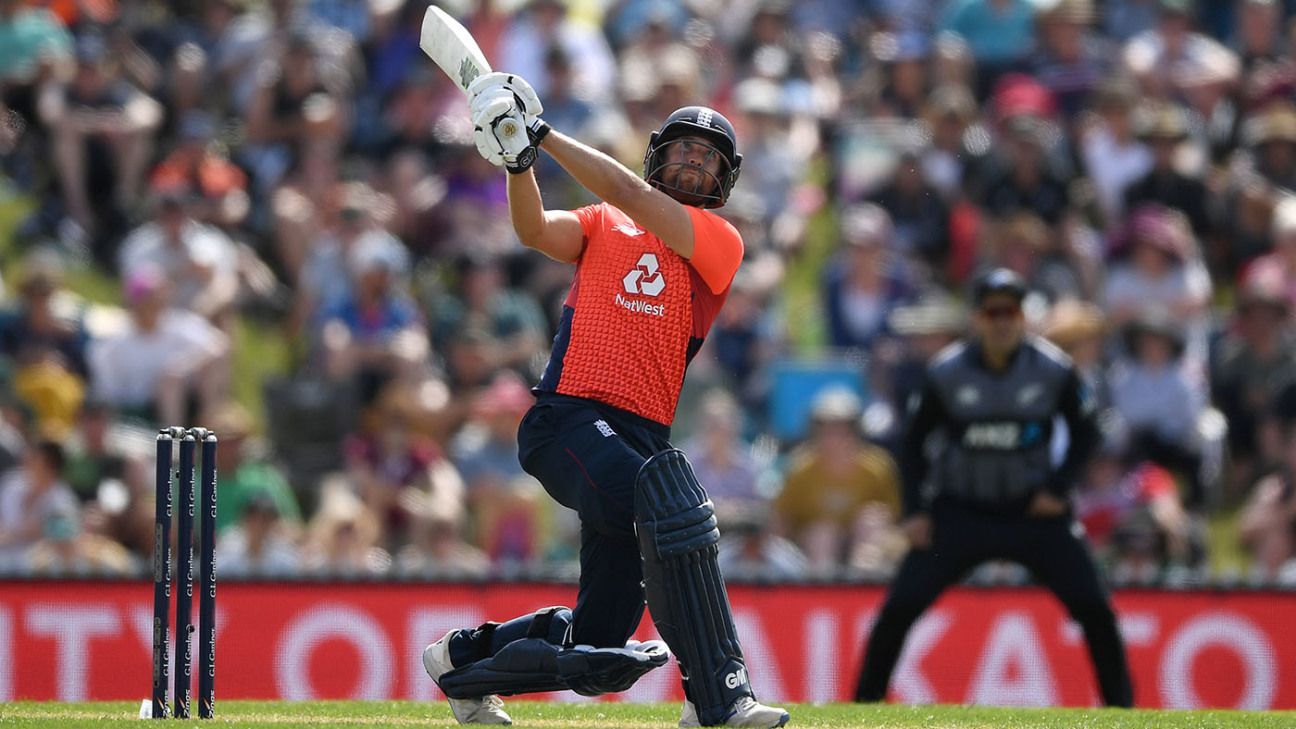 Twin half-centuries in the first two T20Is in Australia helped Babar Azam consolidate his position at the top of the men’s T20I rankings for batsmen. There was major movement just below him with Dawid Malan moving up all the way to No. 3 and Aaron Finch jumping from No. 4 to No. 2 in the latest update.

Among bowlers, Deepak Chahar was the toast of town after recording the best figures in men’s T20Is – 6 for 7 – in the third T20I against Bangladesh, and while that helped him move up 88 spots to No. 42, it remains a list dominated by spinners: Rashid Khan is still at the top and only two quicks, Andile Phehlukwayo at six and Chris Jordan at ten, are in the top ten.

Malan has made a brilliant start to his T20I career, scoring 458 runs at a strike rate of 156.31 in his nine games to date, with the 51-ball 103* in the fourth T20I against New Zealand his best so far. But Malan, and Finch – 37*, 17 and 52* against Pakistan – remain well behind Azam, who has 876 points to the Australian’s 807 and the Englishman’s 782. Below them in the top ten are Colin Munro, Glenn Maxwell, Hazratullah Zazai, Rohit Sharma, KL Rahul, Martin Guptill and Eoin Morgan.

Chahar’s upward movement, or the performance of the other bowlers in that series, haven’t impacted the top of that list, with Mitchell Santner, Imad Wasim, Adam Zampa and Shadab Khan below Rashid and ahead of Phehlukwayo, and Adil Rashid, Mujeeb Ur Rahman and Ashton Agar also in the top ten. Santner, who picked up 11 wickets in New Zealand’s series of five matches against England, has reached the second place for the first time since climbing to the top in January 2018.

The update includes the recent men’s T20 World Cup qualifiers, and his 12 wickets in the competition has lifted Scotland left-arm spinner Mark Watt 13 spots to No. 15. Among batsmen, Papua New Guinea’s Tony Ura has moved up to No. 37, one spot above Jonny Bairstow and Mohammad Naim, the Bangladesh batsman who made a name for himself after hitting a quick 81 in the last game against India. Also within the top 50 were Scotland’s Calum MacLeod (No. 44), UAE’s Muhammad Usman (No. 45) and Oman’s Jatinder Singh (No. 46).

With Glenn Maxwell having taken an indefinite break from the game, Mohammad Nabi has moved to the top of the allrounders’ rankings, while in a big development, Oman’s Zeeshan Maqsood has jumped to No. 6.

In the team rankings, Pakistan’s 2-0 series loss in Australia hasn’t cost them the No. 1 spot, but the difference between the two sides has been trimmed to just one point.