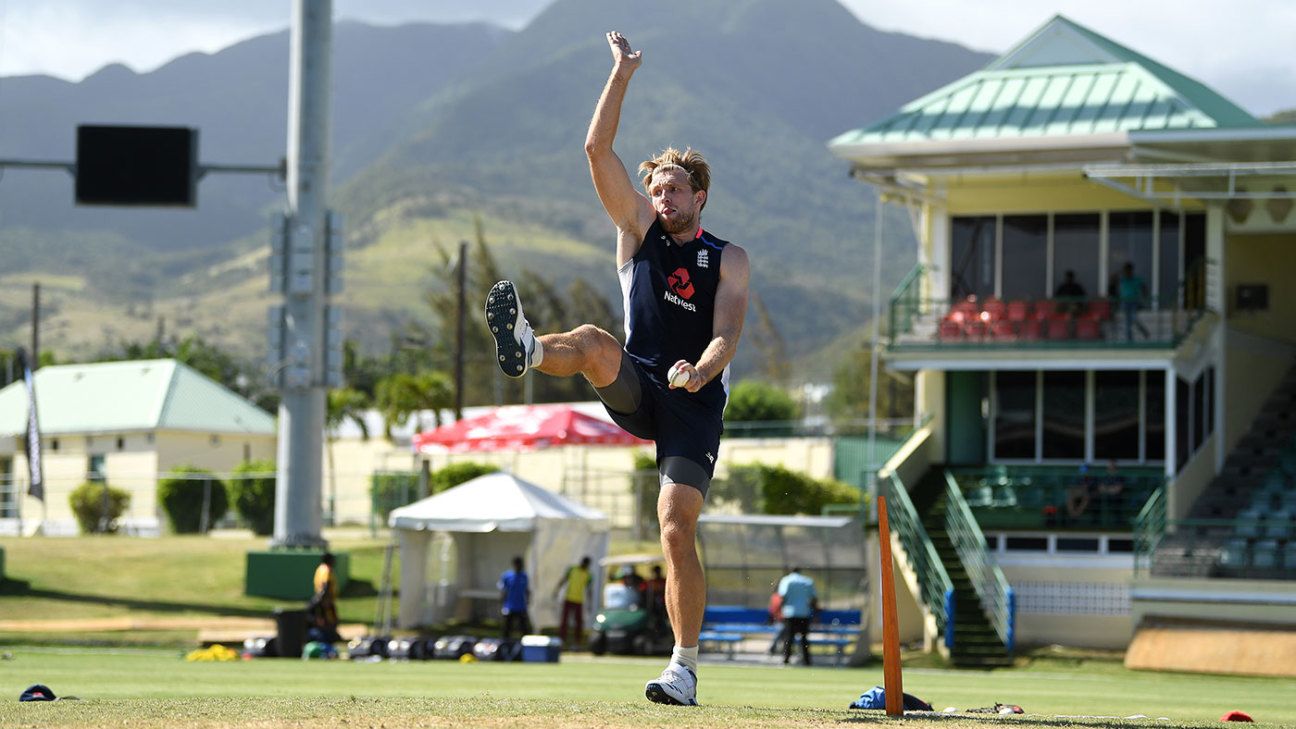 Archer, the Barbados-born fast bowler, is expected to qualify to be eligible to represent England in a few days. But while Trevor Bayliss, the England coach, has already provided a strong hint that he will be given an opportunity in the ODIs against Ireland and Pakistan that precede the final deadline for the World Cup squad, Willey has hinted that bringing in a new player on the eve of a tournament for which England have been preparing for four years might prove unhelpful.

“It’s an interesting dilemma for the captain, coaches and selectors,” Willey said. “It’s a group of players that have been together for three or four years now that have got us to No.1.

“And there’s a reason for that. Whether someone should just walk in at the drop of a hat because they’re available, whether that’s the right thing, I don’t know.”

Willey would appear to be one of those who is particularly vulnerable should Archer win selection. Having not featured in any of the five ODIs played on England’s Caribbean tour, he is probably on the periphery of that 15-man World Cup squad.

But he does have an almost unique selling point in the England squad. Not only does he offer some left-arm variation, but he appears to swing the ball – the new ball, anyway – more than any of his team-mates. As a result, he often poses a threat at the start of the innings and, with the World Cup played in England and games scheduled to start at 10.30am, he may gain more than a little help from the conditions.

He enjoyed a good 2018, too. He not only produced career-best ODI figures with the bat – he made a fifty against India at Lord’s – but he claimed 4 for 43 against Australia at Chester-le-Street – and conceded just 4.70 runs an over against a strong India line-up in that series.

“I don’t know Jofra particularly well,” he said. “I couldn’t tell you if he’s got a particularly good record in white-ball cricket, to be honest.

“But it [tough selection decisions] is always part of professional sport. You have to accept these things and there’s one way to make sure it’s not you: by performing out in the middle.

“I imagine every bowler sat in that dressing room will be trying to do that, to make sure it’s not them that gets left out should that happen.

“I think I went quite well last summer in English conditions but you never know. There is plenty of competition for places so you don’t quite know where they are going to go in the balance of the squad and bowling attack.”

Willey is likely to face a challenge to perform out in the middle over the next few games. The final two games of England’s Caribbean tour take place on a St Kitts ground that might well have the shortest straight boundaries in international cricket. Bowling against Chris Gayle on such a pitch could be demanding. Willey insists, however, that he will continue to pitch the ball up in a bid to generate some swing and catch the edge of Gayle’s bat.

“The reason I’ve played as much white-ball cricket around the world as I have done is my ability to swing the ball up front and being a left-armer as well,” he said. “It is a bonus being able to do that and I need to continue to do that and also have an impact in other areas as well.

“If you get wickets early on in T20 cricket they have to rebuild and it slows the run-rate. Or they have to take high risk options and hopefully you can take wickets.

“I was very disappointed not to play in the ODIs, but part of professional sport is that you have to accept these things. I was disappointed but I think I’d be in the wrong place if I wasn’t. Hopefully, I’m the first left-armer on the team sheet should there be one.”

Willey’s issue could be that, once the white ball stops swinging – and he admits that could be after a handful of overs – he does not have the pace to compensate. As a result, his control has to be immaculate if he is to perform a role later in the innings. But, as he says, he did pretty well in 2018 and has lacked opportunity since.

“I’m confident about coming back later in the innings,” he said. “I did quite well back home last summer and I don’t think anything has changed since then apart from opportunities and game time.”