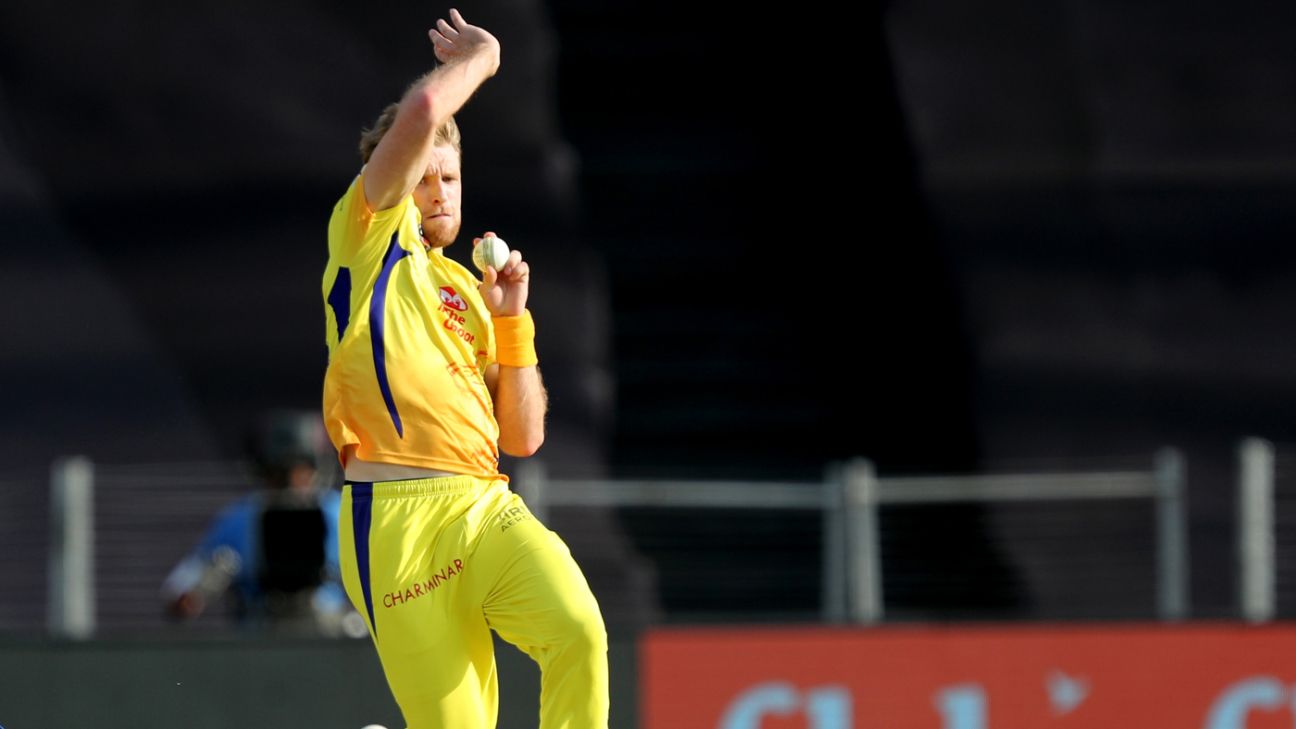 David Willey has confirmed that he has pulled out of the IPL for family reasons and will not now be playing any part in the tournament.

Willey’s stint with Chennai Super Kings had been delayed because of the late birth of his second child and he feels unable to leave his wife, Carolynne, in the current circumstances.

He has therefore agreed, with the understanding of Super Kings’ head coach Stephen Fleming, that it would be too late for him to team up with the franchise at any stage.

Willey, the England allrounder, said at Yorkshire’s pre-season media day at Headingley: “Unfortunately, due to family reasons I’ve had to pull out of the IPL. Chennai were very understanding and supportive as Yorkshire have been as well.

“It’s never an easy decision. Nonetheless it’s the right decision for the family. We are due to have our second baby and my wife has had a bit of a tough time so I need to be in England.

“I need to put the family first at the minute. If we can get that sorted then I can concentrate on the cricket. I’m here in Yorkshire and it’s a bit open-ended when I’ll be available for selection, but hopefully I’ll definitely be ready for the 50-over competition.”

England’s World Cup players are required to return home by April 25 which, as difficulties at home took priority, made his involvement in the IPL unproductive for all parties.

Willey’s situation is a reversal of a year ago. Then he was called up as a late replacement for Super Kings, the eventual champions, leading Yorkshire’s director of cricket, Martyn Moxon, to suggest English county cricket was in “an impossible situation” and to call for a cut-off date for IPL franchises to be able to call up reinforcements.

This year Willey was retained by Super Kings from the outset, for an envisaged second season, but has spent the time training with his Yorkshire colleagues ahead of the county season which begins on April 5.

The prospect that he will play some 50-over matches in the Royal London Cup has encouraged his hopes that he can secure his place in England’s World Cup squad.

Willey has been a regular fixture in England’s one-day side for the past four years, but when the ball is not swinging he has not always had the bowling opportunities he would have wished for, and has only completed a full 10-over spell on eight of his 42 ODIs. He last played an ODI in July last year, against India on his home ground at Headingley.

His T20I involvement was more rewarding during the winter. He returned career-best international figures of 4 for 7 in his most recent appearance – an eight-wicket win that completed a 3-0 defeat of West Indies three weeks ago.

“When I’m playing regular cricket I play my best cricket and when I return for Yorkshire I need to keep my name at the forefront of the selectors’ minds,” he said. “Nothing is nailed on. You are not comfortable or settled until you’ve had that phone call to say you are in.”

Willey played down suggestions that he was in direct competition with Jofra Archer, the Sussex allrounder, whose availability for England makes him many pundits’ favourite to time to perfection a late run into the one-day side.

“Not necessarily,” Willey said. “When you look around there are a lot of guys who have put their hand up. With it being an ICC competition, there might be some turning pitches so you never know what sort of balance they are going to go with in the squad.

“It’s been difficult at times at Yorkshire – I’ve been in and out, in and out of the side. It’s been a challenge to cement myself among the group and I’ve tried to add value wherever I can. It’s my fourth season and we haven’t won any silverware. I really want to put that right this year.”