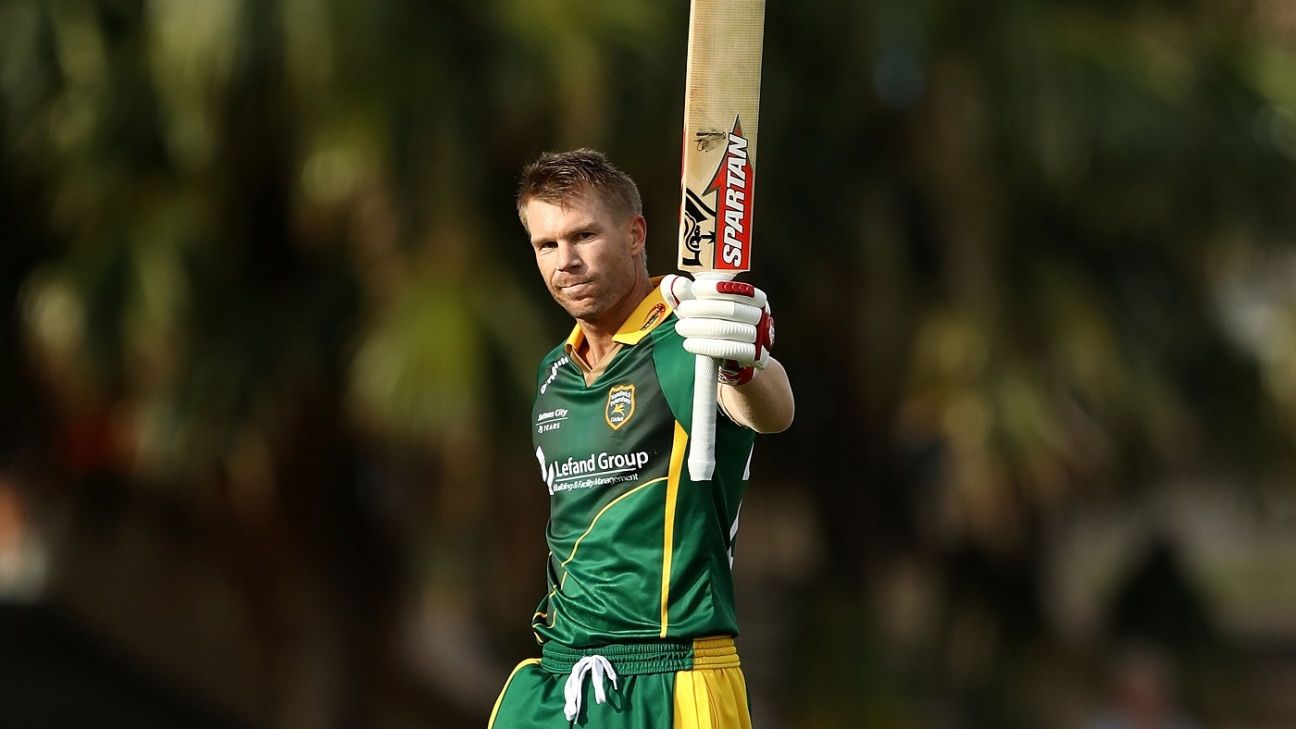 David Warner was in the right, the Marylebone Cricket Club (MCC) has confirmed, when he switched from batting left-handed to right and whacked Chris Gayle for 14 runs in three balls in a Bangladesh Premier League match.

Struggling to get Gayle away in the 19th over of Sylhet Sixers’ innings against Rangpur Riders on Wednesday, Warner gave up trying to do the job the way most people expect him to, and changed his stance. He appeared to signal his intentions to Gayle, and Gayle responded by altering his field, which was enough for the MCC to accept the rather uncommon occurrence.

“MCC has reviewed the footage of David Warner switching to batting right-handed in the Bangladesh Premier League match yesterday and feels that his actions were within the Laws of Cricket,” the MCC, the custodians of the Laws of the game, told ESPNcricinfo.

“The Laws do not state that a batsman can bat only in one way and, from the footage seen, it seems clear that Warner made it obvious that he was changing to batting right-handed. The bowler, Chris Gayle, altered the field accordingly and everyone seemed to know what was happening.”

Unbelievable by Warner if it’s not working with your left hand switch to your right!!! Shot Boi!!!!Video Credit : https://t.co/WE1KrAg5a3 #BPL19 #CricketPlayedLouder pic.twitter.com/sKUCP3YjSS

Tom Moody, the Rangpur coach who has also worked with his country-mate Warner at Sunrisers Hyderabad in the Indian Premier League, wasn’t surprised to see the batsman make the swap as such, but said he hadn’t expected to see it happen in a competitive match.

“I’m not surprised to see him do it because I have seen him bat right-handed on a number of occasions having worked with him for a number of years,” Moody said. “Seeing him do it last night was a surprise, though, in a match situation, in that given situation, but I’ll never ever write off what Warner can’t do.

“I’d suggest to others that if they want to bat the other side, they’ll have to do a hell of a lot of practice to get it right, because it’s not easy.”

Speaking to The Cricket Monthly in 2016, sports scientist David Mann had in fact discussed Warner’s ability to bat both right-handed and left-handed.

Warner, batting at No. 3, scored an unbeaten 36-ball 61 and Liton Das, the opener, hit 70 off 43 balls to help Sylhet score 187 for 5 and subsequently beat Rangpur by 27 runs. Unfortunately for Warner, who is serving a year-long suspension for ball-tampering, an elbow injury sustained during the game meant a premature end to his stint with Sylhet.