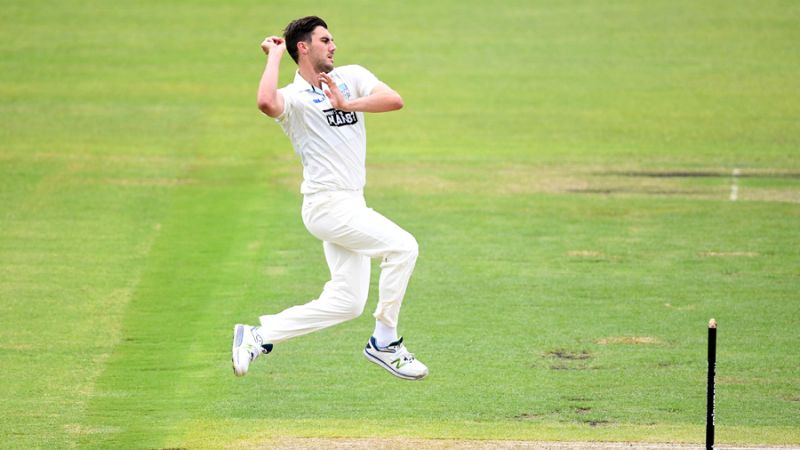 Steven Smith and Pat Cummins will line up for New South Wales in their Sheffield Shield contest against Western Australia at the SCG on Monday but David Warner has been rested ahead of the first Test against Pakistan.

Cummins was rested from Australia’s last T20I against Pakistan in Perth, but will return to first-class cricket for the first time since the Ashes as he prepares for another big Test summer.

Smith and Warner played in the first two Shield games of the season for NSW and both of them scored centuries then. Now, while Smith will be in action against WA, Warner will take the game off to spend time with his family after dominating Australia’s six T20Is with scores of 100*, 60*, 57*, 2*, 20 and 48*.

However, the break does mean that his four Shield innings against Queensland and Tasmania last month, where he recorded scores of 0 and 1 along with his 125 and 15*, will be his only first-class innings between his incredibly lean Ashes series and his first Test on home soil since January 2018.

WA allrounder Cameron Green is set to play as a batsman only following his maiden Shield century against Queensland. Green pulled up sore from his 16 overs in that match and will only bat against NSW as part of his ongoing bowling workload management.

Australia’s T20 representatives Ashton Turner and Ashton Agar return for WA with Turner taking over the captaincy from Shaun Marsh, while regular skipper Mitchell Marsh continues to recover after breaking his hand.

Cameron Bancroft, meanwhile has been called up to the Australia A team after Nic Maddinson’s withdrawal.

Test skipper Tim Paine is set to return for Tasmania against South Australia after being rested from the win over Victoria in Hobart last week, and Ben McDermott also returns from international duty. Jake Lehmann will captain the Redbacks in the absence of Travis Head and Alex Carey, while Joe Mennie has overcome a hamstring injury and will play his first Shield match of the season.

Australia’s T20I skipper Aaron Finch will play for Victoria against Queensland at the MCG but the home side will be depleted with the loss of Marcus Harris, Will Pucovski and Maddinson. James Pattinson returns after being rested last week.

Former Test opener Matthew Renshaw returns for Queensland after missing the game against WA due to gastro issues. Queensland are missing skipper Usman Khawaja, Joe Burns and Michael Neser because of their Australia A duties. Jimmy Peirson will lead the Bulls in Khawaja’s absence.