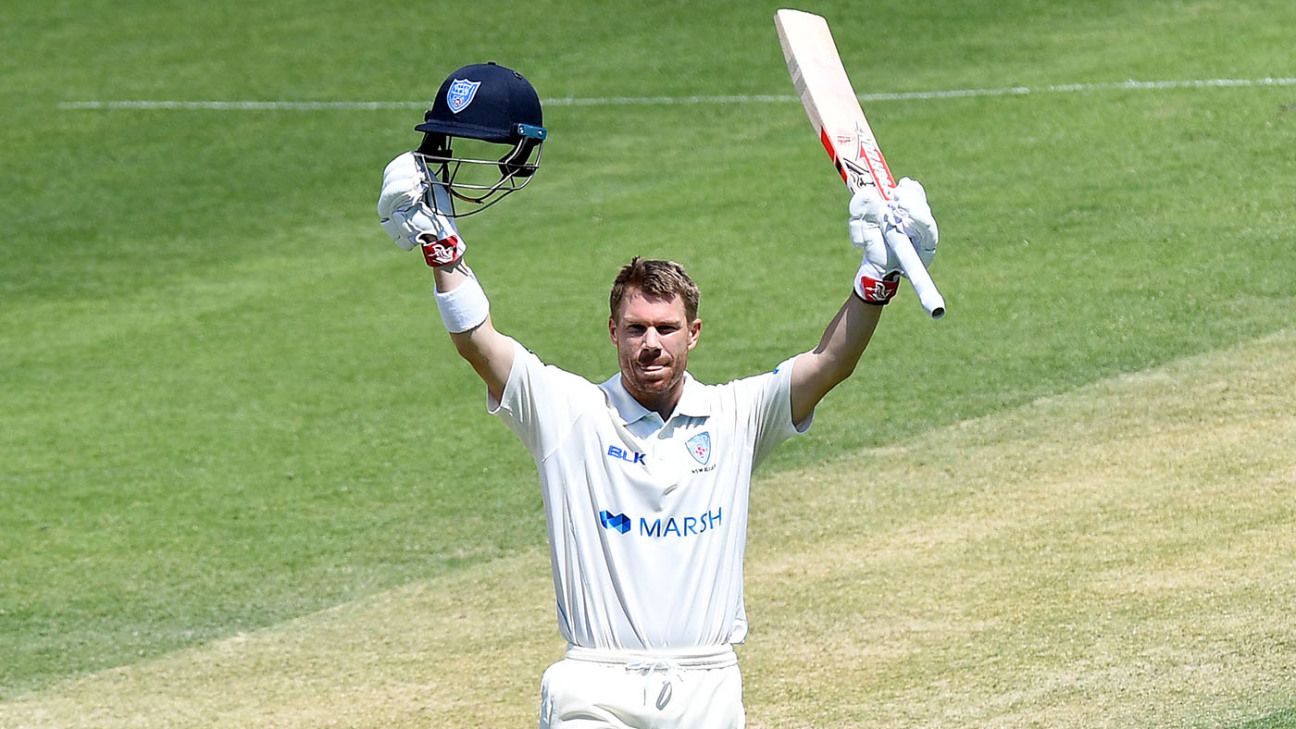 David Warner put his bat away and banished a horror Ashes from his mind when he returned to Australia, convinced there wasn’t much more he could have done to overcome the stranglehold the England attack – and chiefly Stuart Broad – had over him from start to finish.

The five Tests brought him just 95 runs, the lowest tally for an opener to bat 10 times in a series, with 61 of them coming in a single innings at Headingley. Broad was his nemesis, removing him seven times with one of the most one-sided batsmen-bowler contests since in Test cricket.

Warner exchanged notes with Broad after the series had finished and was full of respect for what he had been able to do against him, but secure in his mind that his game did not need a complete overhaul ahead of the Australia season – to such an extent that he only had his first net three days before New South Wales’ opening Sheffield Shield match where he scored an excellent century at the Gabba.

“Me and Harry [Marcus Harris] spoke about it. What can you do? If it’s in your first 10 balls and you get a good one, you can’t do anything,” Warner said. “I spoke to Broady about the one he bowled me at Lord’s and he said to me it’s probably one of the best balls he’s ever bowled, up the slope and nipping back in, it’s very difficult to do that repeatedly. I look back at that and just forget about it.”

Broad’s success against Warner came after the extensive work he had done on bowling round the wicket to left-handers, a tactic that has become a go-to for Broad over the last couple of years with impressive results. The Queensland quicks used that angle extensively – it appears he will see plenty of it in the future – and there were some moments of unease, especially against the tall Cameron Gannon.

“It was pleasing to hear Broady, the way he spoke about how he was trying to get me out,” Warner said. “You can’t generally play for the one that nips back because he’s actually just trying to bowl scramble seam and hoping one comes back. All my hard work was for the ball going away from my bat and to his credit he bowled extremely well. He pitched the ball up [much more] than his [overall] career, he had to go work on a lot of things, and credit to him he’s bowled fantastically to left-handers over the last 18 months.”

Warner’s innings at the Gabba was cautious for significant periods against some probing bowling – he mentioned the extra bounce allowing him to leave more easily on length again than was the case in England – but there was a crispness about his attacking shots especially after he had passed fifty. “I know when I’m on when I’m playing the little back-foot punch and pull,” he said. “Knowing that, and playing that today, I was very pleased.”

National selector Trevor Hohns said earlier in the week that “two or three” batting spots were up for grabs ahead of the first Test against Pakistan but, if there really was any doubt over Warner’s spot, that has now been erased. Both incumbent openers have scored hundreds in the opening round of the Sheffield Shield matches with Marcus Harris making a century against South Australia.

“Trevor said what he has to do as a selector and we know what our job is, it’s to score runs,” Warner said. “If you aren’t doing than you probably rightfully aren’t going to get picked. You back yourself, I know at home I have a great record, and you trust your game plan.”