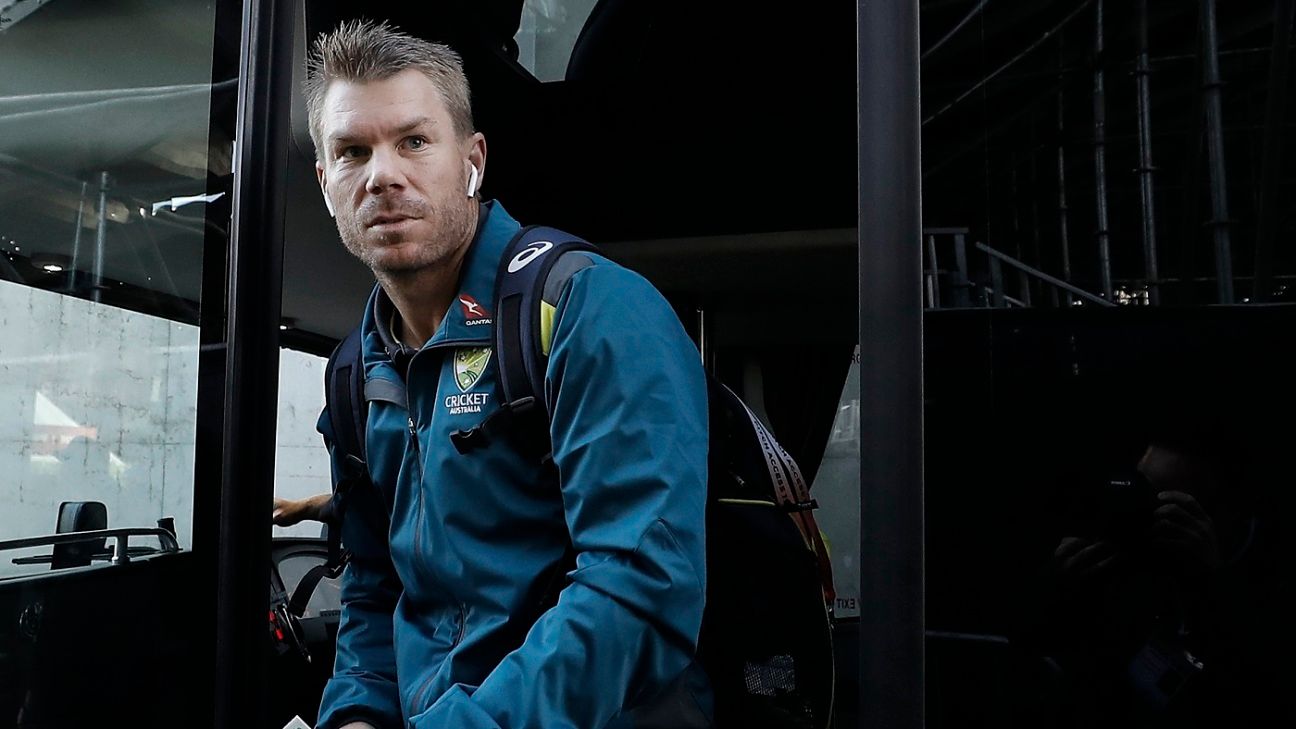 Australia’s Test captain, Tim Paine, has given a strong indication that David Warner is inked in to open the batting against Pakistan at the Gabba in November despite his horror Ashes series where he reached double figures just twice and bagged three consecutive ducks.

Warner made 95 runs in 10 innings, with 61 of those coming in the first innings at Headingley, as he was dominated by Stuart Broad who removed him seven times in the series. It was Warner’s first Test series after his one-year ban and while his World Cup return had been profitable he found it much harder against the red ball.

However, in an Ashes where Warner was not the only opener to struggle, his past Test record of 21 centuries and a formidable return on home soil – where he averages 59.64 – looks set to count for a lot, although Paine does not have an official voice in selection.

“I think he is,” Paine told 7News when asked if Warner is assured of his spot for the start of the Test season in late November. “I think he’s got enough credits in the bank.

“We know how good a player he is. Opening the batting in England can be really difficult, particularly if you’re a left-hander and Stuart Broad’s bowling at you.

“That was a difficult period for David [but] the way he was around our group as a senior player was outstanding. It’s easy to do that when you’re going well but to have him still upbeat and still pushing others to get better when he was going through a rough patch himself was great to see.”

Warner could play in three of the four rounds of Sheffield Shield matches for New South Wales before the opening Test against Pakistan – the other takes place at the same time as the T20Is which Warner is likely to be part of – and while a return to form would quieten any debate, a series of low scores could leave the selectors a tricky decision.

Neither Marcus Harris nor Cameron Bancroft secured their spots during the Ashes but they do not have the weighty Test record to fall back on that Warner does. Joe Burns was considered very unlucky not to make the Ashes squad having scored 180 in his most recent outing, against Sri Lanka in February, before suffering post-viral fatigue syndrome which curtailed a spell with Lancashire that could have primed him for the Ashes.

There are probably two batting spots up for grabs ahead of the first Test of the summer with one middle-order vacancy to fill presuming that Matthew Wade retains his spot after making two centuries in the Ashes. Usman Khawaja and Travis Head were both dropped in England and will need strong starts to the season while the likes of Kurtis Patterson, Will Pucovski, Peter Handscomb and Mitchell Marsh, who impressed with the ball in the final Ashes Test, will be aiming to stake a claim.