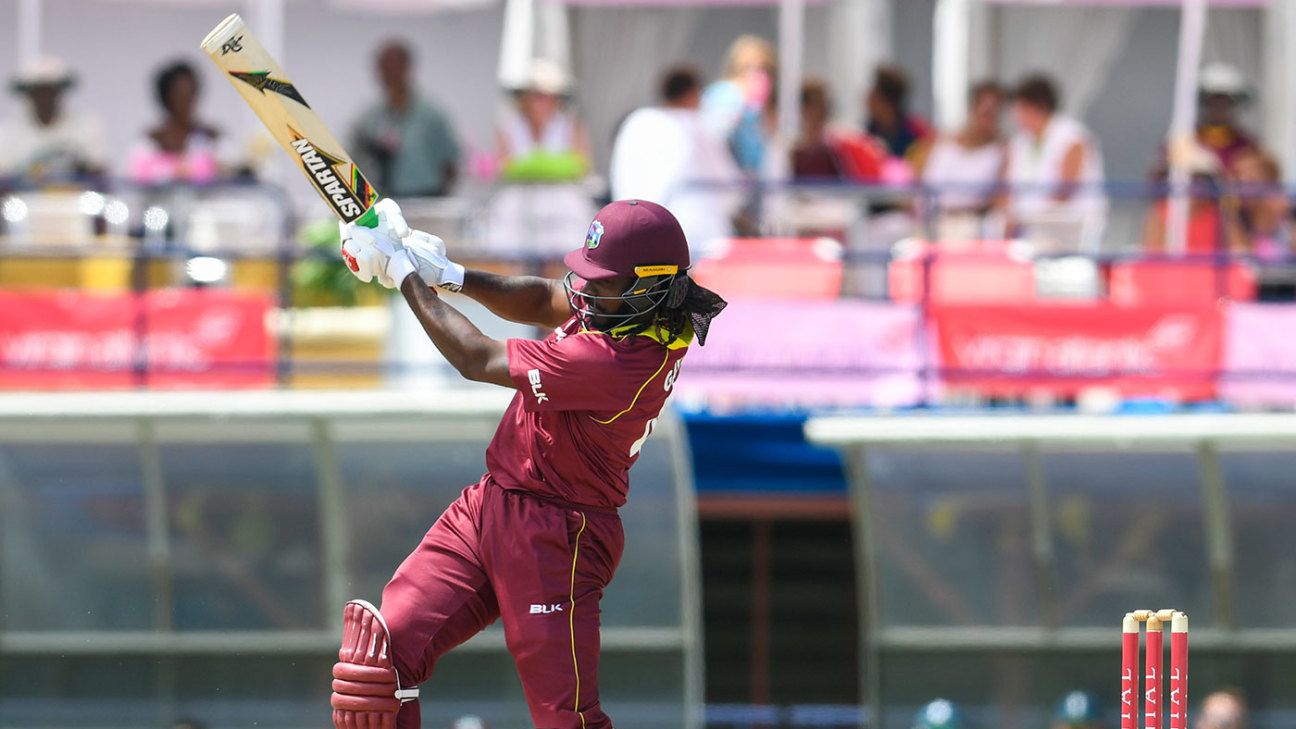 Darren Bravo has hailed Chris Gayle as “a legend” and “priceless” in terms of the experience he provides for the West Indies team.

While Bravo, who is scheduled to play his 100th ODI in Grenada on Monday, admits there are times when Gayle’s lack of mobility can be frustrating, he believes he more than compensates with his destructive power and charisma.

“He’s definitely a hero to the young players,” Bravo said. “Not even a hero; he’s a legend.

“The experience of having Chris in the dressing room is priceless. He puts a smile on each and every player’s face. And, as you can see when we go out there, we really enjoy our cricket.

“If you look at the stats, he’s achieved a lot at international level. He’s a special player. We’re really happy to have him.

“He’s getting on a bit in age but he’s still striking the ball nicely so that is the most important thing. And in the dressing room he’s always giving information. He’s helping all the youngsters.

“I think over the last few years he’s changed the game a little bit. He’s not going so hard as before. He understands his game pretty well. As long as it all goes well, as long as his approach is concerned, I don’t see any reason we can’t consistently cross the 300 mark.

“At times [it can be frustrating batting with him]. There are obvious singles that he may not take as he’s probably getting a little slow. But having him at the other end… he can make up. He can hit two sixes in the next over and make up for the single that was deprived from the other batter.

“I don’t want to get too negative: so far he’s been our highest run-scorer. He’s been tremendous and I want to wish him all the best.”

Bravo will become the 30th West Indies player to reach 100 ODI caps if he plays on Monday. Having had an extended break from the side after a public fall-out with CWI President, Dave Cameron, he now says he is enjoying his cricket – and an environment which allows players to appear in T20 tournaments without compromising their international aspirations – more than ever.

He also had praise for interim coach Richard Pybus, who was seen by some as a controversial appointment.

“I’m happy; the guys are smiling,” he said. “It’s always good to have the best of both worlds. It’s a good feeling. There’s a nice gel of experience and young guys. The fans are enjoying our style of play, which is the most important thing.

“Pybus is doing a fantastic job. So far so good. I wish him all the best.”

West Indies are likely to be unchanged for the third ODI. But with Andre Russell expecting to join the squad on Tuesday and available for selection in the fourth and fifth ODIs, Carlos Brathwaite, in particular, may be under pressure to retain his place.