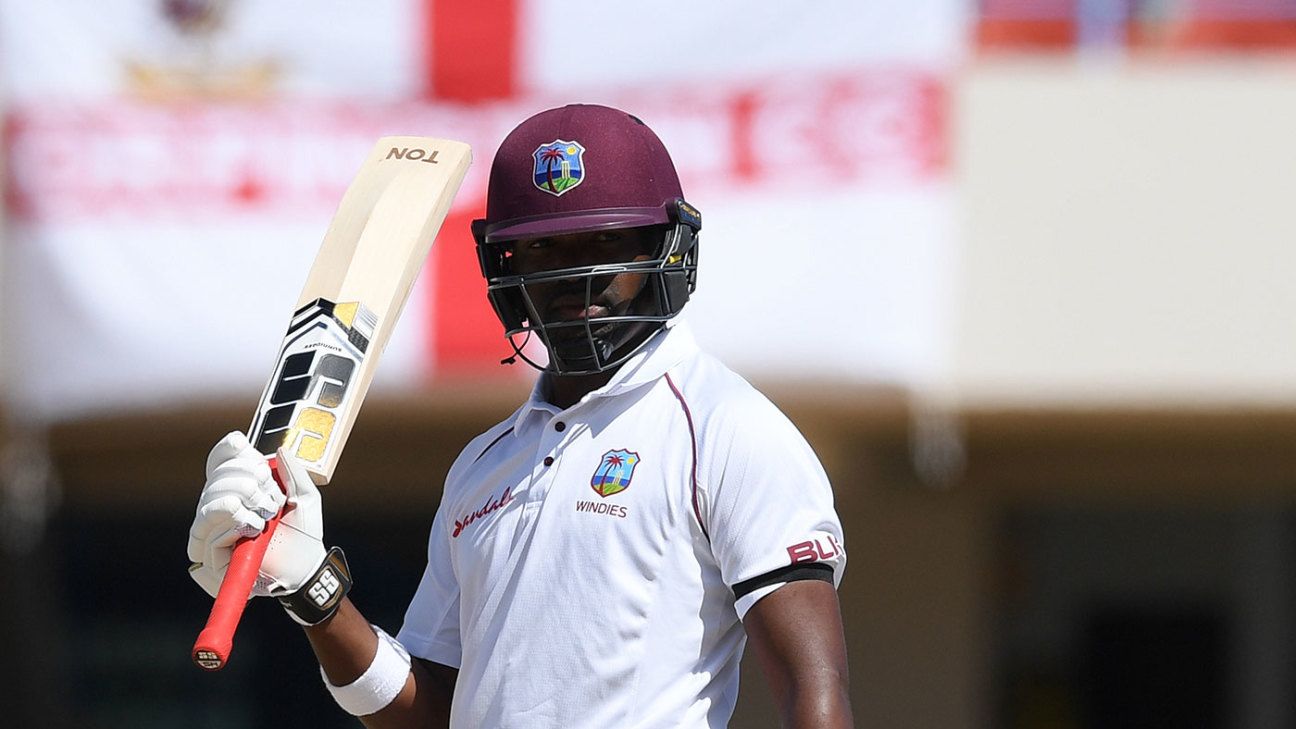 A tenacious half century from Darren Bravo has led West Indies to a handy lead against England on day three of the second Test in Antigua.

Bravo withstood difficult batting conditions and some searching England bowling, particularly from Stuart Broad on the second day, to bring up his 50 off 215 deliveries late in the morning session on day three. On the next ball, however, Bravo succumbed to a stumping by stand-in wicketkeeper Jonny Bairstow off the bowling of Moeen Ali.

By lunch, West Indies led by 110 runs after openers Rory Burns and Joe Denly survived a short spell to send England to the break at nine for no loss in the second innings.

West Indies were rewarded for patient, intelligent and at times fortunate batting as they frustrated England’s bowlers and, while the tourists claimed vital wickets to have them all out before lunch, their lead should prove handy on a pitch that continues to behave unpredictably.

Jason Holder, a danger man after his unbeaten double-century in the first Test, only managed 22 before James Anderson had him caught behind by Bairstow, taking the gloves in place of Ben Foakes who was hit on the hand while batting on the first day.

The dismissal brought Alzarri Joseph to the crease amid a long ovation from spectators and with players from both sides wearing black armbands following the death of Joseph’s mother, Sharon, before play resumed for the day.

Joseph reached seven before he was out edging to Burns at third slip as Ben Stokes came into the bowling attack with immediate effect.

Before that, Anderson and Stokes had combined to dismiss Kemar Roach cheaply, Stokes taking a good overhead catch at second slip.