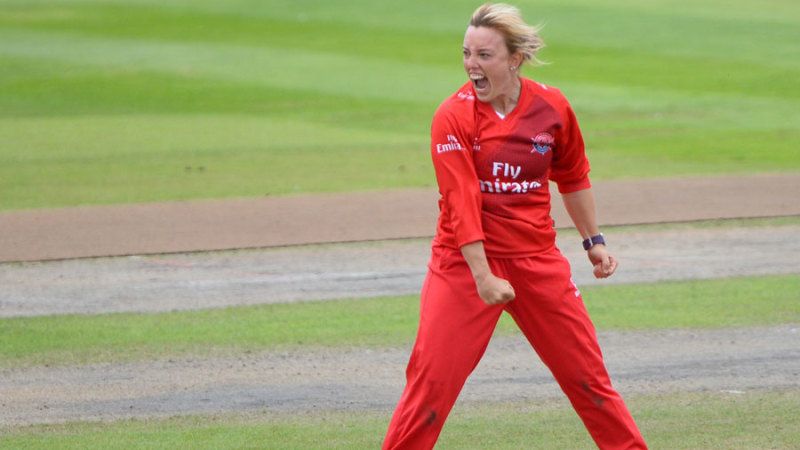 Danielle Hazell, the England women’s offspinner, has announced her retirement from international cricket after 141 appearances across a nine-year career.

Hazell, 30, made her debut in 2009 and took 146 wickets in all formats, including a best haul of 4 for 32 against India in Nagpur in April last year, her penultimate ODI appearance.

Her last England match came in the final of the World T20 in the Caribbean in November, where she claimed creditable figures of 1 for 19 in three overs, but was unable to prevent Australia from claiming the trophy with an eight-wicket win.

She played a role in England’s victory in the 2017 World Cup in England, and was ranked for a time as the No.1 bowler in women’s T20 cricket.

In addition, she captained her country on two occasions, in 2016 and 2018, and took part in three Ashes victories, including the back-to-back wins at home and away in 2013-14. In 2014, she became of the first 14 female players to be awarded an ECB central contract.

“There have been some amazing highlights – some really special moments. I owe a lot to the game,” said Hazell. “I feel 100 percent happy with my decision to move on from playing international cricket and I’m really excited to find out what the next chapter holds in store for me.

“I owe a lot to the game and I would now love to give some of my time and energy back into the sport.

England’s head coach, Mark Robinson, said: “Dani can justifiably be really proud of her international career. She has been one of the best offspinners in the world but it won’t only be her cricketing ability that we’ll miss.

“We’ll miss her leadership qualities and her character. She has mentored the likes of Sophie Ecclestone on and off the pitch, been a good ally for Heather [Knight] and been a more than capable deputy when needed.”

In calling time on her career, Hazell admitted that the effort required to stay at the top level of the game had taken its toll.

“Playing international cricket for nine years can have an effect on you both mentally and physically and my body is telling me that it’s time to move on,” she said.

“I’ll miss the girls, I’ll miss pulling on the England shirt and I’ll miss being in the arena but the timing is right for me.”

Managing Director of Women’s Cricket Clare Connor said: “On behalf of ECB and England women’s cricket, I’d like to thank Dani for her years of commitment and service to the England women’s team, and wish her all the best with whatever comes next.”