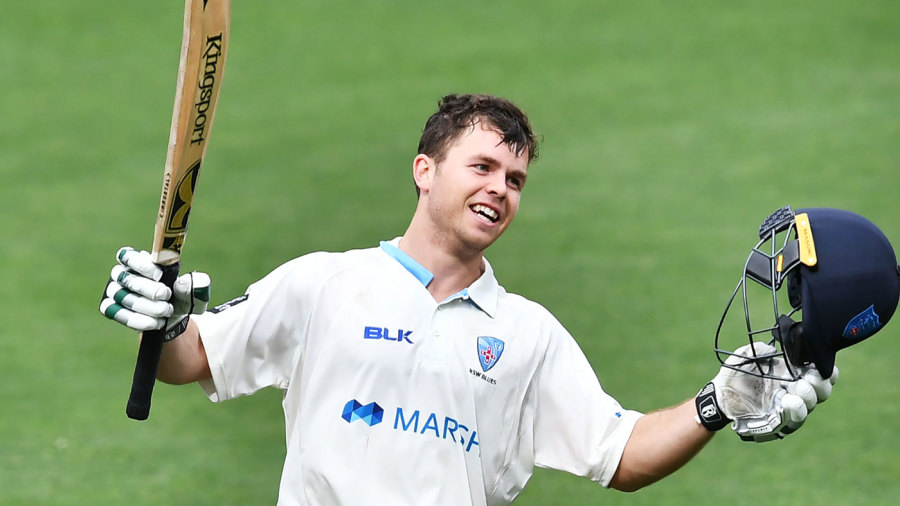 Daniel Solway was forced to work harder than most for a Sheffield Shield debut. The habit he has developed for run-making served him well for New South Wales against South Australia as the 24-year old crafted an outstanding century in conditions friendly to seam bowling at Adelaide Oval to be the backbone of the Blues’ innings.

There is no better exponent of moving the ball in Adelaide than Chadd Sayers, and figures of 6 for 55 demonstrated that this was a day ideally suited to his art, but Solway stood firm throughout, demonstrating a tight defence balanced with a strong range of shots, pouncing on anything wide of the off stump and also pulling and hooking the short ball with venom.

It was further proof of the ability Solway had shown in piling up runs for the NSW second XI and also Bankstown in club cricket. In his past nine second XI innings, Solway has compiled 751 runs at 83.4, capped with 195 not out against Western Australia’s second XI at the start of this season.

NSW debutant Daniel Solway has moved into the 80s!

Within the prolific scoring lies another tale, of early promotion, failure and then learning, growth and finally success. Having played first grade for Bankstown as far back as 2013-14, Solway hammered 930 runs at 77.5 the following summer to gain a NSW rookie contract for 2015-16. But as bowlers figured him out and he was exposed to the NSW system, Solway struggled for anything like the same returns for the next two years and fell back in the queue.

Not until 2017-18 did Solway find his way back to productivity, churning out 880 runs for Bankstown at 73.33 and duly returning to the Blues’ outer fringes. Nonetheless he was compelled to make far more runs for the second chance, and looks to have grown into a top order batsman of substance.

Considerable skill was necessary to survive Sayers and company as Adelaide’s drop-in pitch offered generous movement off the seam. Daniel Hughes and Nick Larkin both had a stump sent cartwheeling when Sayers seamed the new ball between bat and pad.

Moises Henriques formed a promising stand with Solway before lunch but was pinned lbw by a Sayers nip-backer in the first over after resumption. Neither Matthew Gilkes nor Nick Bertus could last for long, leaving the NSW captain Peter Nevill to provide Solway with vital assistance.

They were able to add a studied 108 together, making the Redbacks pine for the second new ball, and allowing Solway to get to his century by bunting a quick single wide of midwicket from the bowling of Tom Andrews. Solway celebrated with great relief, but after Nevill was lbw and Trent Copeland bowled by the second new ball in Sayers’ hands, he knuckled down for another key stand with Nathan Lyon to take the Blues beyond 250.

Selection had been a talking point for South Australia too prior to the match. Callum Ferguson was recalled at the expense of Jake Lehmann, who despite his own prolific scores in Adelaide grade cricket, has averaged 10.26 in 10 first-class matches since the start of 2019. Lehmann had made made just eight runs in three Shield innings for the Redbacks this season, albeit batting as high as No. 3 when he has customarily been at Nos. 4 or 5.