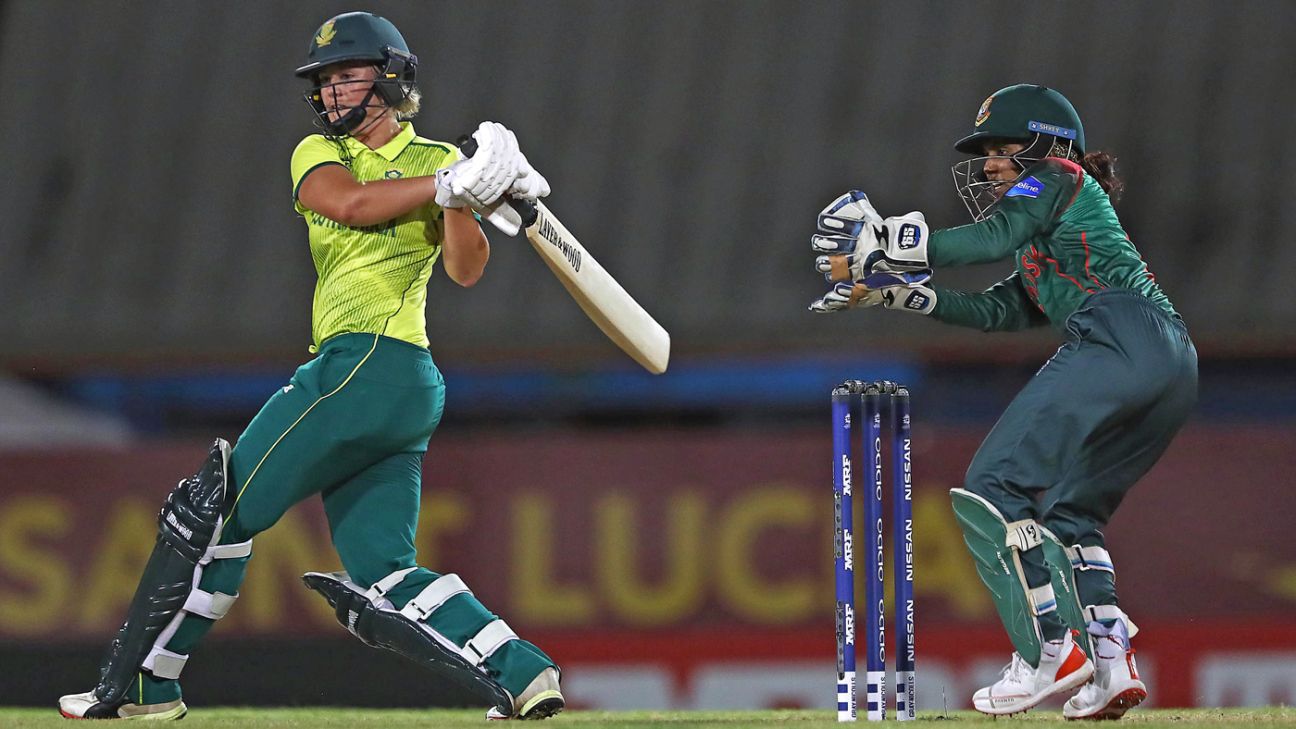 South Africa’s players received a rousing send off to the Women’s World T20 next month with their coach Hilton Moreeng claiming that “the players we have at our disposal are some of the best” in the world.

Dane van Niekerk, who has not played a T20I since February 2019, leads a full-strength squad, 11 of whom were part of the last edition of the tournament. Back then, South Africa won only two of their four group matches and couldn’t make the cut for the semi-finals.

Sune Luus had taken temporary charge of South Africa over the past few months, leading the side to a series win over Pakistan and a loss to India. She takes up her usual role as lead spinner now that van Niekerk has proven her fitness – she was sidelined by a thigh injury – by playing a a key role for the Sydney Sixers in the 2019 Women’s Big Bash League.

South Africa are well stocked in the fast bowling department with Shabnim Ismail and Marizanne Kapp set to continue a very successful partnership with the new ball. On the batting side of things, Laura Wolvaardt and Lizelle Lee form a solid top two with Chloe Tryon providing firepower down the order.

“It’s a group that has the talent, youth, experience and desire to help us win the T20 World Cup,” Moreeng said at an event in Johannesburg on Monday. “We have assembled a team that we feel can hold their own against anyone in the world and it will be important that we carry that belief into the ICC Women’s T20 World Cup.

Graeme Smith, CSA’s acting director of cricket, pointed to the players’ experience in the franchise circuit as he wished them well for the tournament which starts on February 21. “Many of our senior players are household names in T20 tournaments in Australia and England and they will set the tone for the rest of the team.”

There were a couple of relatively new faces as well: left-arm spinner Nonkululeko Mlaba, who made her T20I debut in September 2019, and Nondumiso Shangase, who will be looking to add to the four T20Is against her name.