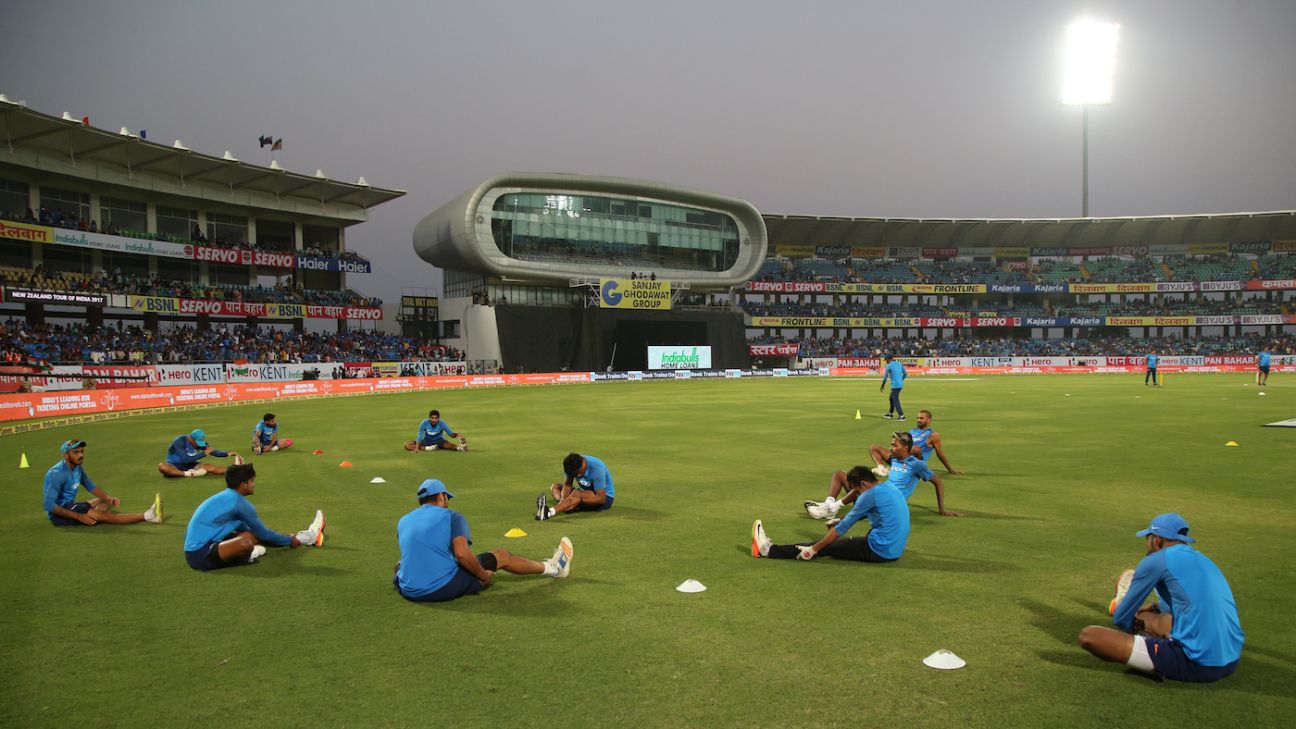 After hazardous air-pollution levels threatened to disrupt the first T20I between India and Bangladesh in Delhi, there is the very real possibility of a cyclone affecting the next match of the series, in Rajkot on Thursday. According to the Indian Meteorological Department (IMD), Cyclone Maha is expected to make a landfall in Gujarat on November 6, and could cause “heavy or very heavy rains” in the state on November 7, the day of the match.

The good news, though, is that the cyclone “is very likely to intensify further till 5th November morning and weaken gradually thereafter”, according to the IMD.

Positioned around central Arabian Sea on Monday morning, just over 600 kilometres from the coast of Gujarat, the cyclone has been moving north-west from close to the Kerala coast for the last five days. It is, however, expected to take a turn towards Gujarat on Tuesday.

The met authorities said that the cyclone had intensified into an Extremely Severe Cyclonic Storm and is likely to cross the Gujarat coast around midnight on Wednesday or in the early hours of Thursday. Rajkot, in central Gujarat, is just over 100 kilometres from the coast.

“The storm will cause heavy to very heavy rains in Saurashtra [the region of which Rajkot is a part] and south Gujarat on November 6-7. It is moving towards Oman but will recurve towards Gujarat coast on Monday.”

Bangladesh lead the series 1-0 after pulling off a seven-wicket win in the opening fixture.