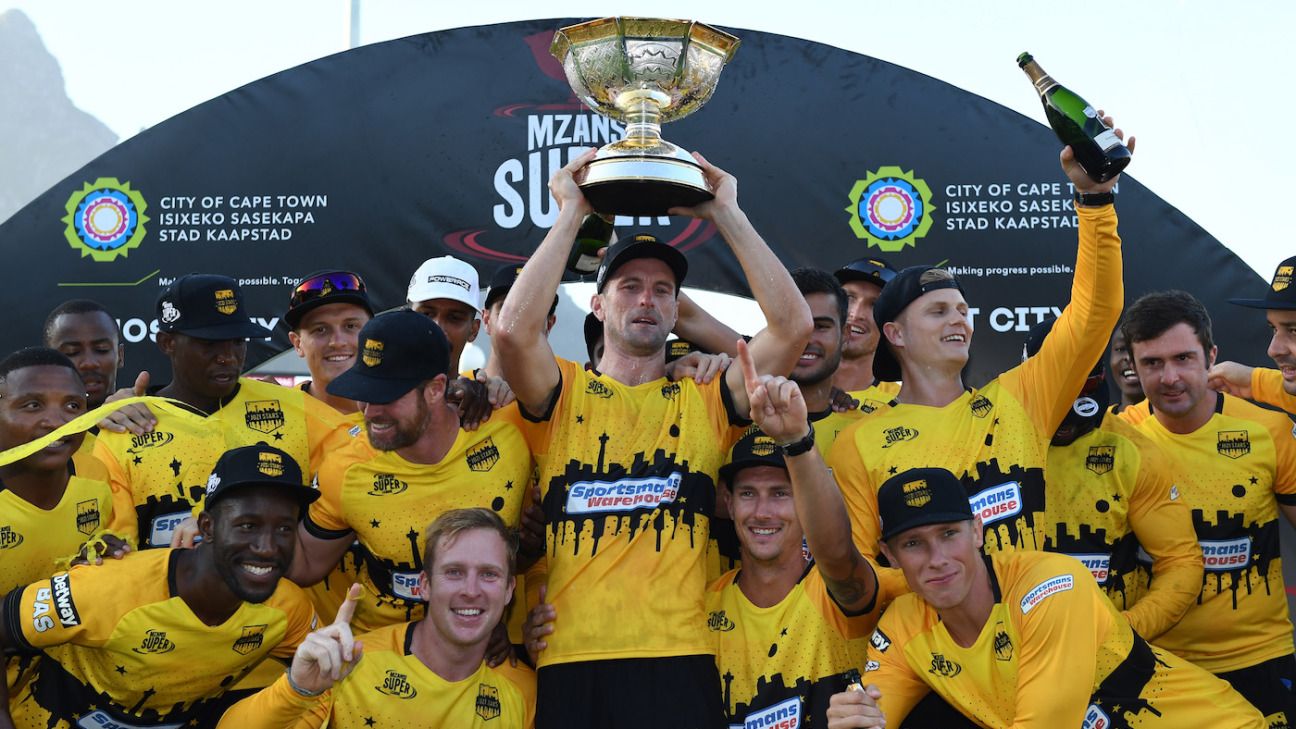 In October 2018, Cricket South Africa presented a report to a parliamentary sports portfolio committee, projecting losses of 654 million rands [approx. USD 47 million] over the next four years. Now, as they run the risk of hemorrhaging money, CSA are trying to minimise losses, but their methods have put them in direct opposition to the South African Cricketers’ Association, who insist they have not been properly consulted on the austerity measures.

“What we are doing is seeing an iceberg in front of us at CSA and we are slowly steering our ship to make sure we don’t hit it,” said CSA chief executive Thabang Moroe. “Our finances remain strong. We just want to make sure that we continue to remain strong, and that involves having a look at our domestic structures.”

Here’s an explainer with a complete lowdown of the situation CSA is in.

Why are South Africa’s projected losses so huge?

“One way we got here was from a huge change in the market,” explained CSA acting chief financial officer Ziyanda Nkuta. CSA earns its revenue from sponsorship, broadcast rights and ICC membership, but the broadcast market is changing rapidly and “a large contributor to that is digitalisation”, says Nkuta. CSA have a R1.5 billion deal with broadcaster SuperSport that is up for renegotiation this year, adding to the uncertainty.

CSA also spends around R15 million per year on each of the six franchises – which were originally launched in 2005 in the hope that they would become self-sufficient, but have been unable to do so – as well as funding the 14 semi-professional teams in the second tier of the domestic system.

Those projected losses do not even factor in spending on the Mzansi Super League, CSA’s homegrown T20 tournament, which lost R80 million in its first season and is expected to lose R209 million over its first four years. Despite these forecasts, Nkuta insisted that CSA is financially stable – provided it can change the way it operates, CSA hope their losses (not including the MSL) could come down to around R200 million over the next four years.

What is CSA’s plan to reduce the projected losses?

As part of their austerity measures, CSA are hoping to cut costs substantially by collapsing the existing franchise domestic system into the provincial one, reducing CSA’s responsibilities from 20 teams to 12. That could mean as many as 90 fewer games per season, allowing massive reductions in accommodation, transport and catering costs. They are also scrapping their sponsor-less T20 Challenge competition as of next season.

As chief operating officer Naasei Appiah put it: “We’re planning on changing the system from having a semi-pro layer and a professional layer, to having just one layer.”

So what’s SACA’s problem with the proposed changes?

SACA say they have been kept in the dark about the full extent of the changes, and have not been properly consulted about their implementation. While CSA is hoping that combining the two domestic tiers will result in at least 72 new professional contracts being awarded, the combination will also inevitably lead to job losses as teams such as Cape Cobras and Western Province blend into a single entity.

SACA believe as many as 70 contracts could also be lost. SACA have also raised concerns around how exactly the changes will be implemented. They say that they have not been told enough about CSA’s financial challenges in order to be part of the solution. “It is also very likely that if this is part of a cost saving exercise players are going to end up earning less,” said SACA president Omphile Ramela. “If CSA says that is not the case then we want to understand how that is actually going to be possible.”

Beyond cutting costs and revamping the domestic system, what else is CSA doing?

They are placing great import on the MSL as a means to opening up new revenue streams, but as explained above, the MSL is not making any money yet, nor is it expected to do so in the next four years.

CSA are planning for a very slim increase of just 1% on their budget for the MSL over the next four years, so Moroe has admitted that “the pressure is on us from a commercial point of view that we re-negotiate better contracts” if it is to open up new revenue streams. In order to make any real money, CSA need strong overseas broadcast deals for the league.

What if CSA and SACA can’t come to some agreement?

The relationship between CSA and SACA is clearly not in a great place right now, and SACA have claimed that their chief executive Tony Irish has even been barred from attending a meeting during which the domestic revamp was discussed. If CSA and SACA are unable to come to some sort of agreement on the way forward, there is a risk of strike action by professional cricketers in the domestic system, something that SACA has threatened before. In the meantime, a war of words played out in the media looks set to continue.