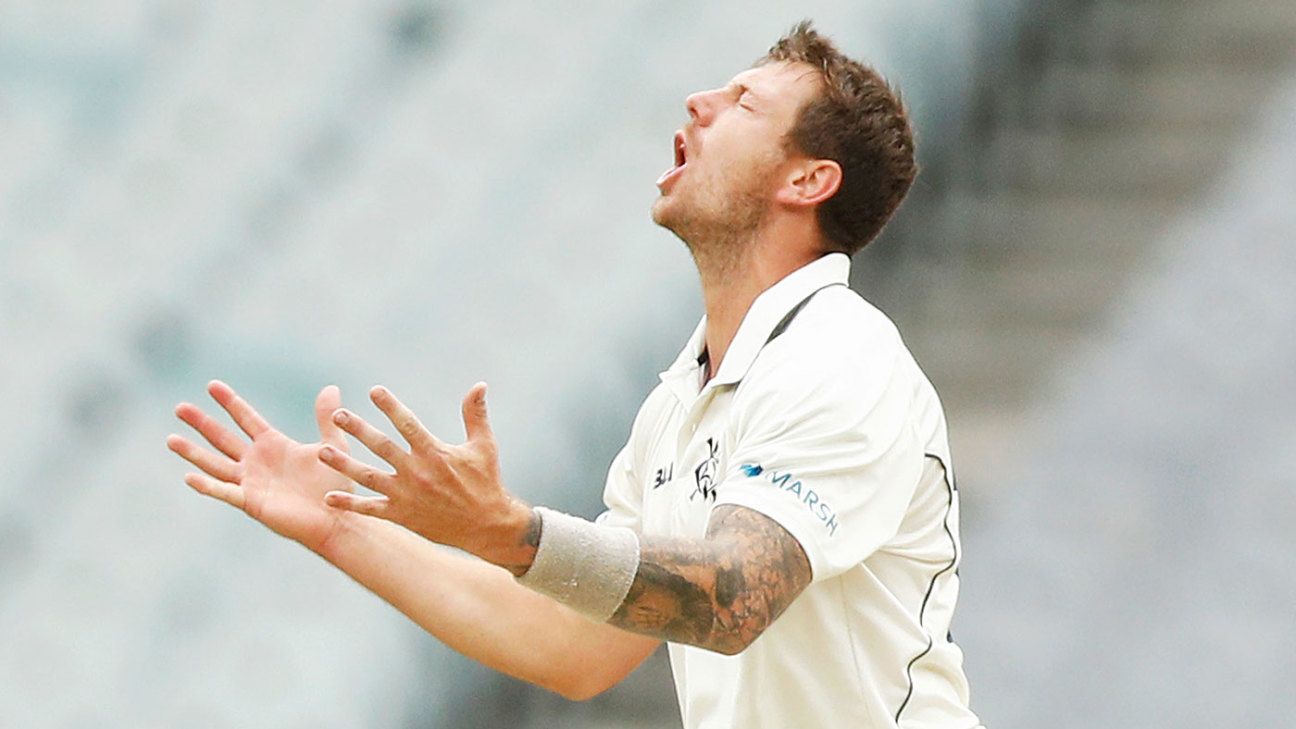 Penalties as severe as a life ban for on-field slurs related to sexuality may soon be added to a broader and tougher Cricket Australia anti-discrimination code as the Test batsman Matthew Wade admitted he has needed to significantly “tame” his verbal tendencies on the field in the face of changing times and steeper standards of player behaviour.

Wade’s former state team-mate James Pattinson was given personal leave from the Test squad in Brisbane on Monday as he dealt with the fallout from a one-match ban for obscene personal abuse of the Queensland seam bowler Cameron Gannon, alleged to have been of a homophobic nature, uttered during Victoria Sheffield Shield match at the MCG.

At the end of this summer CA will review its behavioural codes in line with new ICC regulations launched in August this year, which saw the previous anti-racism code greatly expanded to take a no tolerance approach to all forms of discrimination. The new standards will be set in conjunction with the Australian Cricketers Association, and may be in place in time for next summer.

The first step in a two-part process to reform the CA behaviour code was to expand the definition and scope of a level two or level three charge for abusing an opposition player, taking in personal abuse that may be directly addressing the player or a member of his or her family. At the same time a separate and more serious level three charge of abuse that discriminated against a player on the basis of their race, gender, sexuality or religion was merged into the wider definition, a change that came into effect in 2018-19.

That second, level three charge had a vexed history as the one under which Harbhajan Singh was initially suspended by the ICC during the “monkeygate” scandal in Australia in 2008. Harbhajan’s charge was subsequently downgraded from one of racial vilification of Andrew Symonds to another, lesser charge of abuse. The new code was used more recently when Shannon Gabriel was suspended for four matches under the abuse charge in February for asking Joe Root “do you like boys”, prompting the England captain to rebuke him with the words “there’s nothing wrong with being gay”.

However the second step, adopted by the ICC earlier this year, is to broaden the parallel and more legally robust anti-racism code into a catch-all discrimination code, devised to deal mainly with serious cases concerning repeat offenders. CA’s head of integrity Sean Carroll is currently undertaking a review of the governing body’s codes to bring about similar reform at CA level, threatening far harsher penalties for those who would repeat the sorts of slurs that Gabriel and Pattinson were alleged to have used.

The ICC’s discrimination code allows for bans of up to four Tests or eight ODIs/T20Is for a first offence, and a ban of anywhere between one year and life for a third. The specific charge reads: “Engaging in any conduct (whether through the use of language, gestures or otherwise) which is likely to offend, insult, humiliate, intimidate, threaten, disparage or vilify any reasonable person in the position of a Player, Player Support Personnel, Umpire, Match Referee, Umpire, Support Personnel or any other person (including a spectator) on the basis of their race, religion, culture, colour, descent, national or ethnic origin, sex, gender, sexual orientation, disability, marital status and/or maternity status.”

In all it signals a tightening of the net around player behaviour and on-field verbal exchanges, leaving Wade to acknowledge that he has had to change with the times. “I think I have to, otherwise I’ll be in the same kind of trouble that Patto finds himself,” Wade said. “You’ve got to be careful no doubt, the game’s changed over the 10 or 15 years I’ve been involved and there’s certainly nowhere near as much verbal on the ground and myself personally I’ve had to tame the way I’ve played and I think that’s no different to actually playing the game, you’ve got to evolve over time and thankfully I’ve done that a little bit.”

Asked about Pattinson and whether or not there was any danger that Test cricket was at risk of losing its uncompromising edge, Wade said that players would always adjust their actions based on where administrators set the boundaries of what is acceptable.

“You can play aggressively with your body language without really saying anything anyway. We saw some really good contests and banter in England and everyone really enjoyed it. We all know there’s a line and if you cross that line you pay the price. Jimmy’s done that, I’ve done that in the past as well, you’ve got to learn from that and he’ll come back better.”

CA this year earned nationwide plaudits for introducing a new policy for the “inclusion of transgender and gender diverse players in elite cricket”, a process led by Carroll. “It doesn’t make any sense that today, people are discriminated against, harassed or excluded, because of who they are. And that’s not right,” CA’s chief executive Kevin Roberts said when launching the policy in August. “Discrimination of any sort has no place in the game and all of Australian Cricket is driven to ensure all cricketers can participate in a harassment-free environment.”