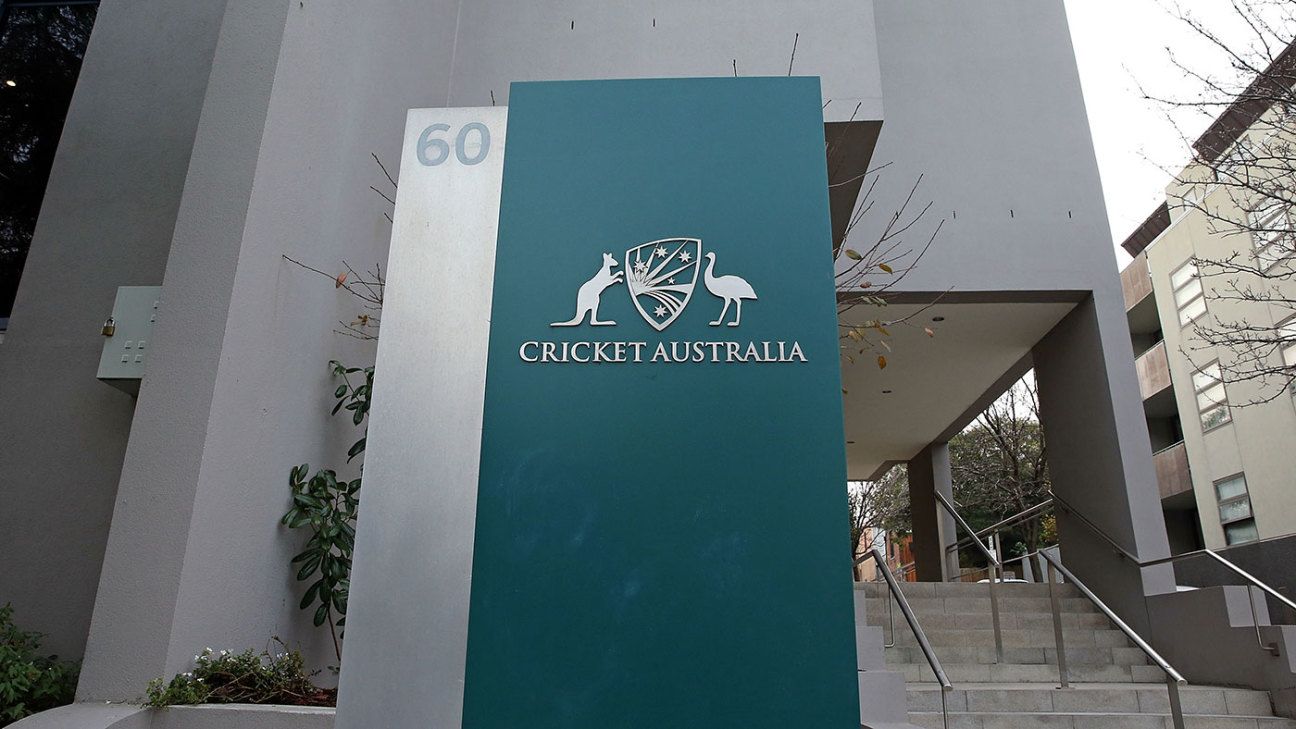 Australian cricket’s state associations and players’ union will be presented with Cricket Australia’s opened financial books and forecasts on Thursday, the same day centrally contracted players for Australia’s men’s and women’s team are to be announced.

While April 30 had always been set down as the deadline for CA central contracts to be unveiled, the mere fact that this will happen in accordance with the MoU is a significant sign of order being at least somewhat restored in terms of the Australian cricket system.

At the same time, confirmation that CA will attempt to provide the states with the numbers they are seeking to understand the governing body’s straitened financial position is a pointer towards tentative progress after a period of considerable rancour amid the coronavirus pandemic.

Progress in talks between CA, its owners and partners still leaves more than 200 CA staff stood down on 20% of their regular pay while executives and a handful of others remain fully employed on 80% pay. Staff on individual contracts, asked to stand down because CA cannot legally force them to unless they agree in writing, have not had the luxury of the collective agreements possessed by either the players or the states to push back for adjusted terms.

CA’s chief executive Kevin Roberts had sent all stakeholders in the game scrambling with his assertions two weeks ago that CA would be broke by August without drastic cost-cutting across the board. Subsequent stand down requests for CA staff and negotiations with states and players have played out in a climate of considerable confusion, anger and unrest, leaving Roberts in a battle to engender understanding, trust and respect at all levels. His organisation’s presentation to states on Thursday will need to be full and frank.

“It’s really reasonable that our state and territory associations and the players’ association would be seeking as much information as possible,” Roberts told ABC Radio on Saturday. “We’re committed to full transparency and ongoing updates, and were now getting ourselves in a position where we’ve got all of that together in a more coherent way, given the fast-moving nature of it. Part of our challenge is we’ve been providing such frequent information to the states and territories that on occasions that’s rushed, on other occasions its changed from time to time and we just need to draw breath and provide one larger piece of information to them, now they’re more up to speed.”

There does not yet appear to be a genuine will to make a change of CA chief executive at this point in time, after the NRL and Rugby Australia both moved on their own in a time of widespread uncertainty for sport. But Roberts’ actions will be closely watched from here, keeping in mind that there is still some time to go ahead of major negotiations due with the ACA for the next MoU in 2022 and broadcasters for the next major domestic rights deals in 2023.

Talks about the actual amounts each central contract is worth – in terms of retainers, match payments and marketing pool payments – go on. This task has fallen to CA and ACA delegations comprised of the board chair Earl Eddings, and directors Michelle Tredenick and Paul Green, and the ACA president Greg Dyer, chair Shane Watson and board member Neil Maxwell.

Calculations of the amounts the players will be paid, in a summer where there remain an enormous number of variables, will largely depend on whether cash over projections already put aside in the adjustment ledger to be paid out at the end of the MoU – currently believed to be worth around A$80 million – are to be delved into. Not for the first time, CA has viewed the money in this column as an amount worth freeing up to the wider game, whereas the players understandably wish to protect it.

State associations are believed to have been more supportive for a revised proposal seeking a 25% reduction to their annual grants from CA, with built-in reductions or increases depending on variables such as whether or not India tour Australia this summer, for series that the governing body is banking on to substantially top up their financial position.

Negotiations remain at a delicate stage and both players and states are still understood to be seeking more financial information from CA, but it is broadly considered preferable to reach sensible agreements in consultation between the board, its owners and player partners rather than see cricket mired in further arguments over prospective cost-cutting.

Instead, there is a desire to push into the territory Australian cricket is increasingly likely to occupy next summer alongside New Zealand as two of the first countries in the world where elite cricket may be played again.