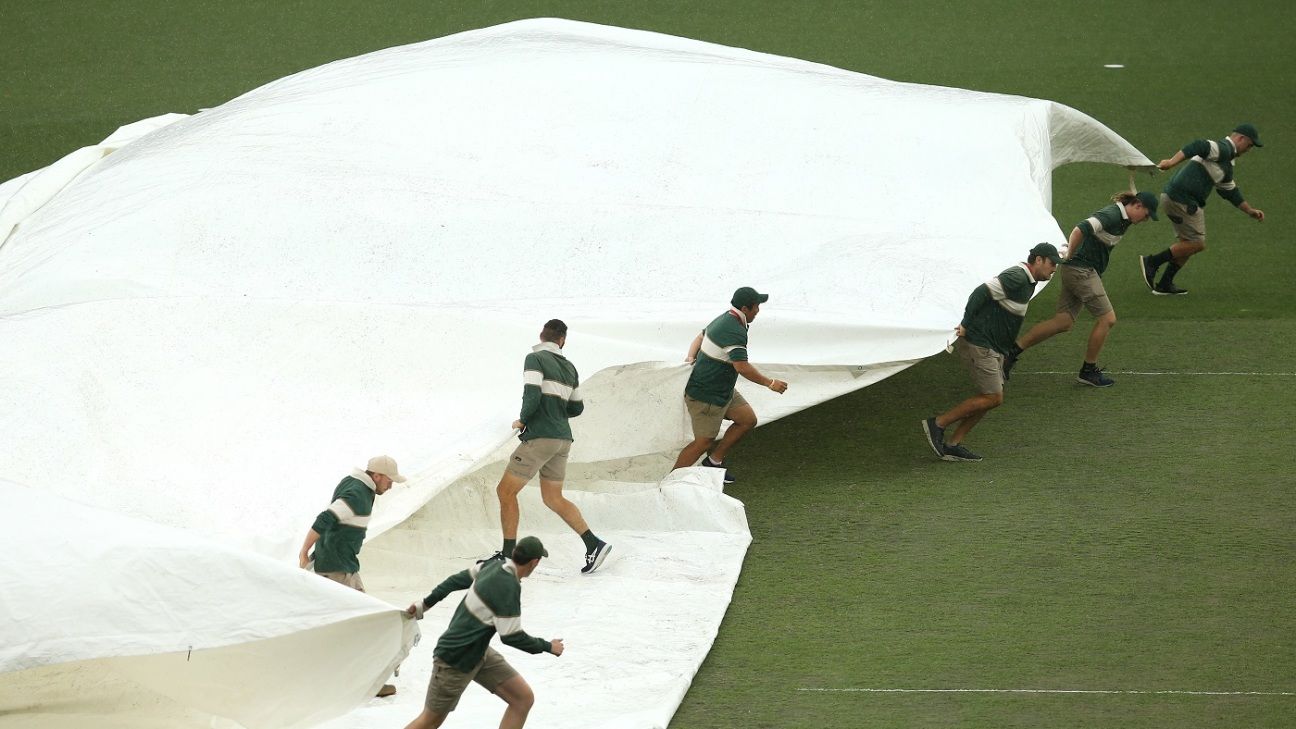 Playing conditions for the BBL and future T20Is in Australia are under review following the SCG rain farce that cost the hosts the No. 1 ranking in the format against Pakistan.

Australia – who won the series 2-0 – were denied a victory in Sydney and therefore a tilt at the top spot as a result of a modified Cricket Australia playing condition that overruled the ICC match referee’s usual discretion to reduce the innings break to make up time.

While it was widely reported that the match referee Javagal Srinath simply decided not to exercise his own judgment to reduce the break from 20 minutes to 10 minutes, CA had in fact introduced a modification to standard playing conditions that dictated that the length of the interval could not be shortened unless rain delays were so severe as to mean the first innings of a minimum five overs could only be completed if the break was reduced.

CA has indicated it will review the playing condition and also look at those for the forthcoming BBL, where the standard innings interval time is 15 minutes.

“The interval between innings will be of 20 minutes duration, and shall not be shortened even if the innings of the team batting first concludes after the scheduled cessation time for the 1st innings,” the revised T20I playing condition states. “The interval can only be reduced in the event of lengthy delays or interruptions, if reducing it will allow the minimum number of overs to constitute a match to be played. The minimum interval shall be 10 minutes.”

There was no allowance for further delays later in the match, preventing Srinath from reducing the length of the interval. Only 3.1 overs were possible in Australia’s chase as a result, fewer than the minimum five overs required, so that even though the hosts were 0 for 41 and powering towards their target, the game was abandoned. An extra 10 minutes would have been sufficient time to complete the minimum overs.

This outcome resulted in a wave of criticism directed at Srinath and the officiating umpires, with the Fox Cricket commentator Mark Waugh labelling the apparent inflexibility as “stupid”. “Well that [a 20-minute break] would be absolutely ridiculous. We’ve been sitting around for an hour doing nothing, so it should just be 10 minutes,” Waugh said on the broadcast. “Then you’ve got 10 minutes where you can bowl another over each potentially. Unusual is not the right word. Stupid is the right word. I know there’s rules and regulations but you need some flexibility.”

Playing conditions are devised in consultation between CA, commercial partners, the host broadcaster and the touring team. Adjustments to the ICC playing conditions are permitted for bilateral matches as the home board’s requirements ultimately supersede the authority of the independent match officials.

Australia’s captain Finch and his deputy Alex Carey both appeared to be under the impression that the interval could have been reduced. “If you’re cutting overs off the game and you still have a 20-minute break, it doesn’t make much sense to me,” Finch said in his post-match TV interview. “When you lose a few overs and then you still have a 20-minute break… I thought that was really interesting. But it’s part of the rules and you can’t do much about it.”

Carey added: “We asked the question, what the changeover would have been, and it remains the same so we were aware of that and can’t change it…the spectators would have liked a result, but we understand it. Good or bad, it’s part of it.”

The ICC’s playing conditions, which allow far more latitude, will hold sway during next year’s T20 World Cup in Australia. “Following a lengthy delay or interruption prior to the completion of the innings of the team batting first, the Match Referee may, at his discretion, reduce the interval between innings from 20 minutes to not less than 10 minutes,” the ICC playing conditions read.

“Such discretion should only be exercised after determining the adjusted overs per side based on a 20-minute interval. If having exercised this discretion, the rescheduled finishing time for the match is earlier than the latest possible finishing time, then these minutes should be deducted from the length of any interruption during the second innings before determining the overs remaining.”

Before the tournament begins, the ICC’s cricket committee will also discuss various parameters around rain interruptions, including the lengths of intervals and also cut off times. The SCG is equipped with floodlights, but the match was abandoned during daylight hours having been deemed a day fixture.