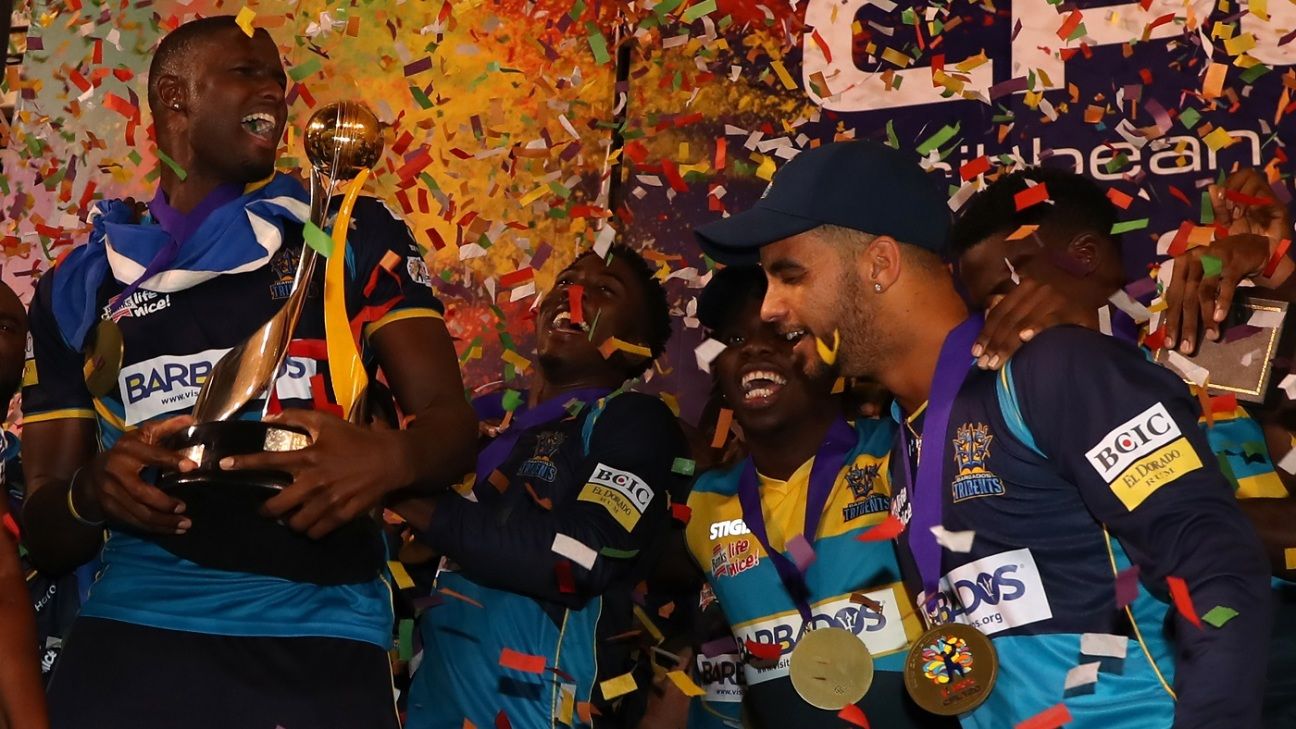 Caribbean Premier League (CPL) organisers hope that the tournament can still take place as scheduled in September, but plans are being developed to stage it behind closed doors, without overseas players, or in a “social-distancing stadium” in Barbados if required.

With the Caribbean in lockdown and attempts to stop the spread of covid-19 proving successful so far – the death toll is yet to reach double figures in any of the six countries that host CPL games – it is possible that the CPL fixtures could be among the first staged globally, though chief operations officer Pete Russell confirmed the league would try to avoid a clash with a postponed IPL season.

Speaking to ESPNcricinfo, Russell said he hoped that staging the tournament as planned could be “a sign that the Caribbean is open for business again” once the worst effects of the pandemic have passed.

“It’s good that the Caribbean has locked down early, and it hasn’t been hit in the same way as the UK, for example,” Russell said. “We’re looking at different permutations in terms of what could or couldn’t happen, but the lucky thing is that we’ve got a bit of time – we don’t have to force a decision.

“I don’t think there’s any question that we’ll be able to play it. We’re only going to play if it’s safe to do so, but we’ve been approached by a lot of the countries who want it to happen. The reason [for that] is that it’s a big sporting event, and it could act as a sign or a marker that the Caribbean is open for business again.”

With the IPL season currently postponed indefinitely, it has been suggested that the tournament could be staged at some stage in September or October, not least with the T20 World Cup in October in doubt. Russell said that while the CPL would not try to compete for eyeballs with the most lucrative T20 league in the world, he hoped that the IPL could “figure out their own window”.

“We wouldn’t go up against it,” he said. “While I know the BCCI is all-powerful in these things, there has to be some sensible consideration around what players and other leagues are doing.

“I think IPL would want all the West Indian players to be playing in their tournament – it wouldn’t make sense for them to play at the same time as CPL when a lot of their stars are playing with us. That would defeat the objective. I don’t think they need to do that, either. They can figure out their own window, for sure.”

If the tournament does go ahead as planned, it is possible that no overseas players will be involved due to health concerns and restrictions on international travel. The CPL’s organisers are also drawing up plans to hold games while maintaining social distancing within a stadium, a situation which would involve all players staying in the same hotels and the tournament being held at one or two venues instead of the planned six.

“That’s what people are going to have to look at: how would a stadium look if you were to follow all the guidelines on social distancing? Of course, it’s doable. For instance, in Barbados, we would probably be able to do a social-distancing stadium, and it could be at 25% capacity – there’s a lot of organisation that goes into that, but it’s viable.

“The player side is the important bit. It could be that CPL is played without international players this year, and there’s enough Caribbean talent to play without if we have to – that’s not our preferred option, but it’s doable.

“And then obviously you have to go through the whole medical process. Would you quarantine players, or put them all in the same hotel? How would that all work? Even if we don’t necessary use [these plans] this year, it’s vitally important that we’ve done them. That’s my biggest focus at the minute.”

The picture may become clearer next week, following an ICC meeting via videoconference in which board CEOs will discuss contingency plans, and Russell has been in regular contact with WICB chief executive Jonny Grave to work out how West Indies’ fixtures might affect the competition’s staging.

“[The WICB] obviously want to get back playing. They’ve got the England tour – and I saw headlines today saying that is unlikely to take place – and then South Africa would be the first team in the Caribbean in August. There’s so much juggling to go on that it’s difficult to know what’s going to come out.

“We know that in the West Indies, what’s good about CPL is that we’re employing cricketers and locals, while not many of them are getting paid at the minute. We’re an important part of that economic ecosystem, as much as we are about playing cricket.

“I wouldn’t put money on it, but we could we be the first cricket back if September is our window. If we don’t play in September, then we can play probably in December. Talking to all the owners, they definitely want to do it, and for players it’s important by that stage that they’re getting some income. Our intention is definitely to play, but we would only ever do it if everything is right from a safety perspective.”