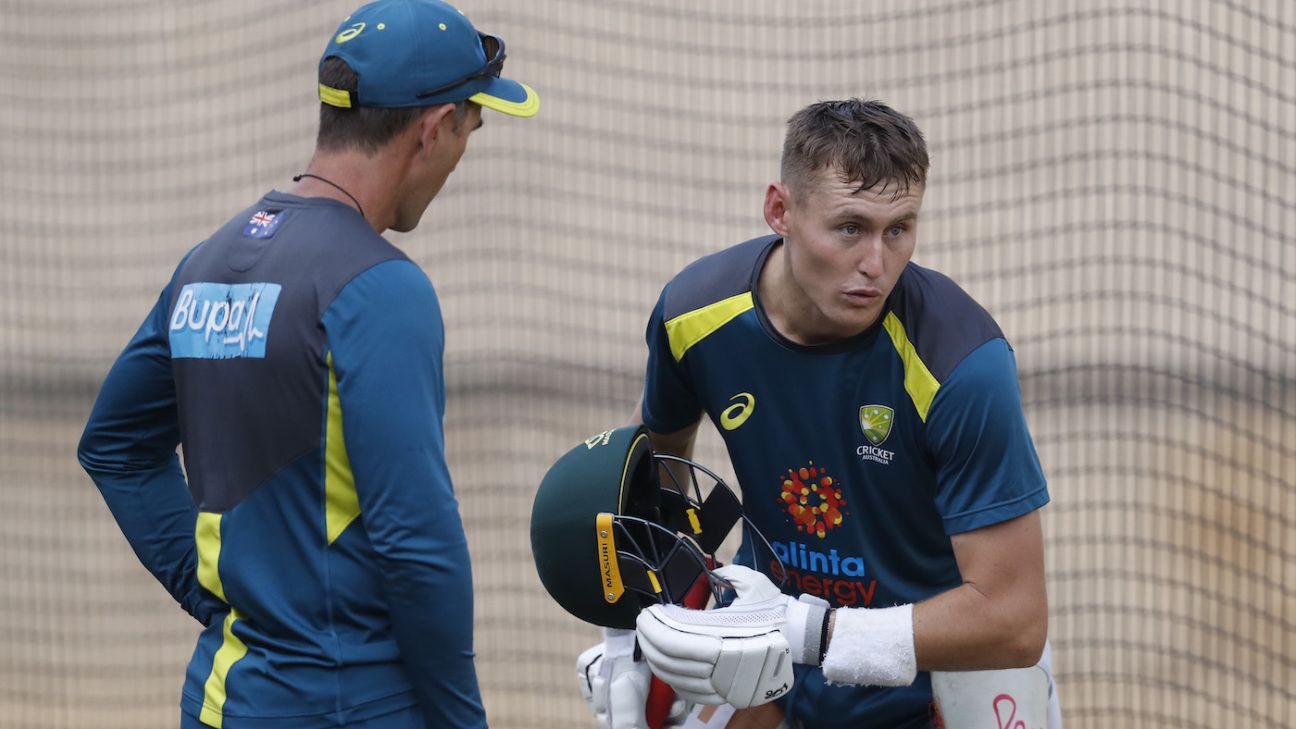 Australian cricketers will need to be prepared to do more for themselves when the game returns in a world reshaped by the Covid-19 pandemic.

One fallout from the crisis could be a reduction in the support staff around the national teams as Cricket Australia continues to look to cut costs, following the recent dramatic measures that have seen 200 staff stood down on 20% pay, moves that are likely to filter down into the domestic system with states facing a 25% cut in their funding.

Justin Langer, the head coach who has become part-time until the end of the financial year on June 30, has called on players to be “self-resilient and self-reliant”. Marnus Labuschagne was hopeful that any cuts to the resources around the team would not be too severe but said that players would need to help each other.

“I think that’s a real privilege of playing for Australia, the amount of coaches, but I think everyone that’s in the system has gone through a period where you need to help each other out,” Labuschagne said. “I think potentially, depending on how many coaches are about, that we are going to need to help each other out and do a few things ourselves. Hopefully the loss isn’t too much and we retain those coaches because they’ve been doing a fantastic job which is shown being the No. 1 T20 and Test nation.”

Queensland coach Wade Seccombe recently said he expected a reduction in support staff around the state team too. “We have to be more efficient in what we do. In Queensland, we are trying to get players who are more self-determining,” he told News Corp. “That was our focus for the off-season. Let them manage their own programmes.

“That nature of the pandemic has made life that way because we are not going to have as many staff servicing them and they are going to have to stand on their own two feet a little more.”

The annual leave period for CA contracted players ends on May 18, although it remains unclear what they will immediately be able to do, although some form of training could be possible if restrictions around the country continue to loosened later this week.

“We’ve got to make sure they’re all in tip-top condition,” Langer told ABC Grandstand. “I actually can’t wait to see how they come back without all the bells and whistles … it’s going to be a really good indication of the hungry, self-resilient and self-reliant players.”

Although this would have been a period of downtime for cricketers without the pandemic anyway, many Australian players would have been overseas in the IPL or county cricket. It is uncertain when squads will meet up again with the tour to Bangladesh in June and the limited-overs tour to England in July all-but certain to go the same way. There remains a chance the England trip could take place in September while Zimbabwe were due to make a short visit to Australia in August for a one-day series in the northern part of the country. State pre-season could look significantly different.

“I think state teams will have to get creative with their training and so many of the different things are going to have to be creative,” Labuschagne said. “Hopefully by the time the pre-season starts there are a few relaxed regulations and we can potentially have 10 people training obviously maintaining social-distancing. We’ll have to see how it all pans out. I really hope that we can get back to the nets soon. I’m itching to continue to hit some balls and hopefully move from the tennis ball to the real cricket ball.”

Australia women’s vice-captain Rachael Haynes also expected there to be challenges during pre-season but believed individual work on technical aspects of the game may not need to change too much.

“There’s no doubt it will be different, judging by what’s been released by the government it looks like smaller groups will be how the initial pre-season starts,” she said. “To be honest that’s probably not dissimilar to how training evolves this time of the year because generally people are working on something quite individual, whether it be a technical focus or something they want to add to their game. Getting into the gym and that sort of thing, there might be a few sessions players have to do away from the group.”

Last week, the Australian Institute of Sport published a framework for the return of sport with a specific reference to not using sweat or saliva to shine the ball at training – regulations that could extend to competitive action – and also laid out the bio-security protocols that would need to be place.