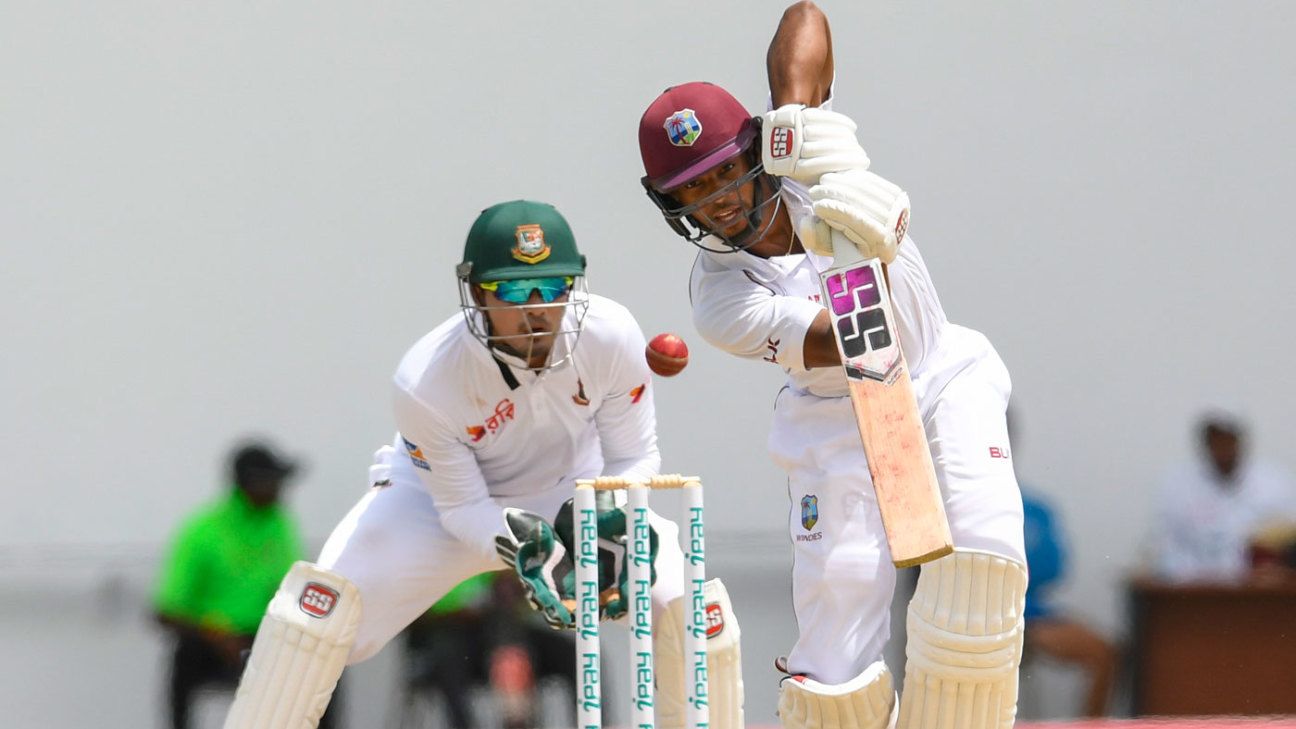 Shai Hope has said he considered qualifying to play for England while at school in the country.

Hope made his Test debut for West Indies against England at Bridgetown in 2015, aged just 21. But just a couple of years before that, he acknowledged it crossed his mind to go the same route as Chris Jordan and now Jofra Archer and complete the England qualification process.

Hope was at the time studying at St Bede’s – an independent school in East Sussex – having won a sixth-form scholarship on the basis of his cricket. He enjoyed his time there in 2012 and 2013, scoring heavily and captaining the school team.

But while he briefly considered the practical benefits of remaining in the UK, he said his heart was always with West Indies. He has no regrets over his decision.

“It was a thought,” he said. “You’ve got to look around at your competitors and see who’s vying for the same positions as you. You look at your options. At that particular stage, it crossed my mind.

“I’m good friends with Chris and Jofra. They seized their opportunity so I’m sure they’re happy with where they are right now. It’s their choice. They’re human beings and they have a mind for themselves. It’s up to them.

The highlight of Hope’s career to date probably came at Headingley in 2017. In scoring a century in both innings of the match, he became the first man to ever do so in a first-class game on the ground and led West Indies to a memorable victory just days after the team succumbed to a crushing defeat against England in Birmingham.

Curtly Ambrose had labelled the Edgbaston performance “embarrassing” while Geoff Boycott suggested that West Indies side were “the worst Test match team I have seen in more than 50 years of watching, playing and commentating”.

It was, Hope said, the stinging criticism that inspired the improvement and he wants the side to draw on that same source of motivation – a desire to prove people wrong – in the series against England.

“It really was a big motivator,” he said. “I think I can speak for the rest of the guys in saying that as well.

“Coming off that loss the week before and knowing what people were saying about us… we used it as a big motivator to put in a big performance. We knew the series was at stake.

“We’ll use that as a motivator again. We’ll know that everyone is against us. We’re so called underdogs. But we know that, if we play our cricket, we’re going to beat these guys.”

West Indies have also not forgotten being labelled a “mediocre” team by the ECB chairman, Colin Graves, ahead of that 2015 series in the Caribbean. The West Indies coach at the time, Phil Simmons, stuck the word up on the dressing room door to inspire his players at the start of the series and Hope feels it could be used again.

“We’ll probably use that again,” he said. “I know we’re the underdogs. But that will make it even more special for us to win this first game.”