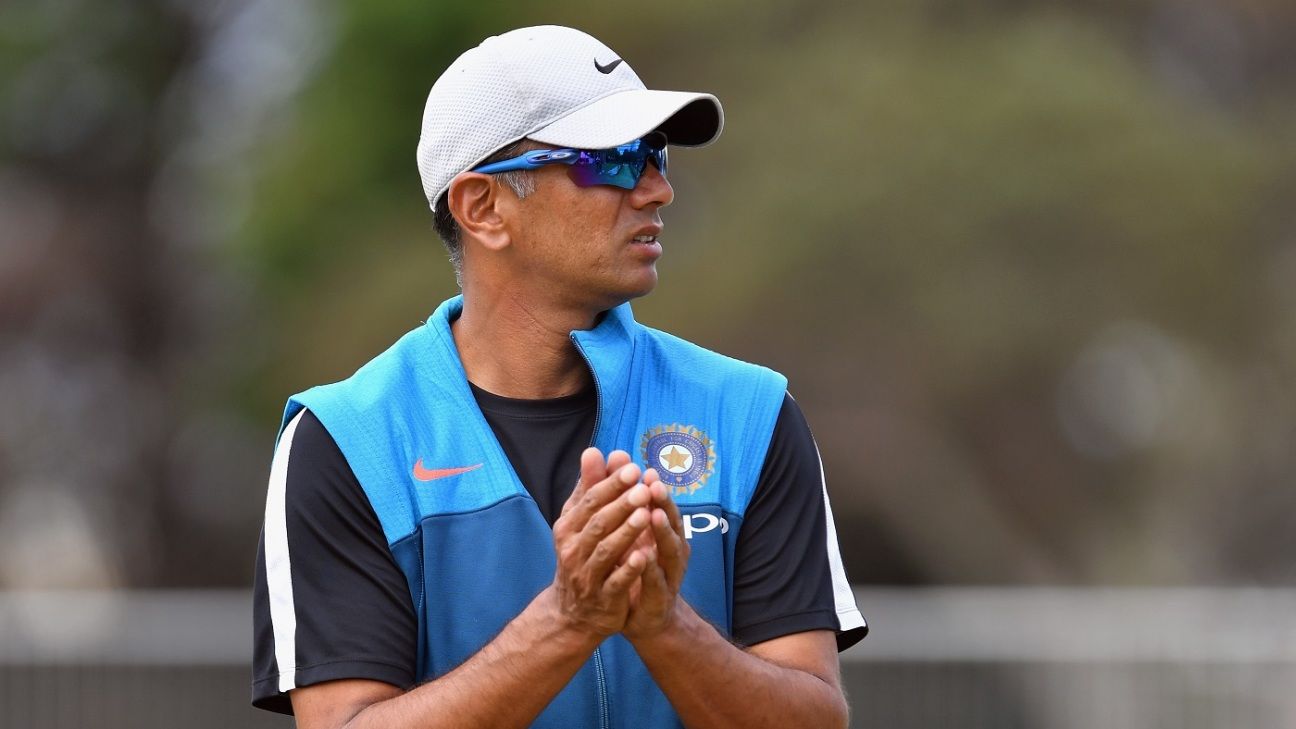 Rahul Dravid has been asked to appear before BCCI ethics officer Justice (retired) DK Jain for the second time, on November 12, over the conflict of interest allegations against him, to provide “further submissions and clarifications”. Madhya Pradesh Cricket Association life member Sanjiv Gupta, who had filed the complaint against Dravid, will also be “heard” by Jain.

“Jain wrote to Dravid on Wednesday night, asking him to depose on November 12 in New Delhi. Gupta too will be heard,” an unnamed BCCI official was quoted as saying by PTI.

Gupta’s complaint against Dravid raised the issue of the former India captain being the National Cricket Academy director while also being a vice-president with India Cements, the company that owns Chennai Super Kings. Dravid had earlier explained that he had taken leave of absence from the India Cements job and was not involved with the Super Kings in any capacity.

Shortly before taking charge as the BCCI president, Sourav Ganguly – who met Dravid yesterday to discuss the road ahead for the NCA – had called conflict of interest a “very serious issue” and wanted the regulations to be looked at afresh.

“Conflict is an issue. Whether you will actually get the best cricketers in the [BCCI] system, I am not sure because they will have other options to avail,” Ganguly said on October 14. “Because if they [former players] come into the system and not get to do what is their livelihood, it is very difficult for them to be part of this system and make a difference.

“So that’s one issue which really needs to be looked at. Look at all the appointments that have happened in various forms whether it is the NCA or CAC or the appointment of batting coaches, fielding coaches, there has been issue with everything… commentators, IPL. This needs to be sorted as it is another very serious issue in Indian cricket.”

Throughout 2019, Gupta has raised complaints with the Committee of Administrators (CoA), which was in charge of overseeing the affairs of the BCCI till recently, questioning the likes of Sachin Tendulkar, VVS Laxman, Ganguly and Dravid, as well as Kapil Dev, Anshuman Gaekwad and Shanta Rangaswamy for various cases of potential conflict of interest.

Before finishing up, in its 11th and final status report to the Supreme Court of India, the CoA said that the allegations, and the “straight-jacketed” interpretation of the rule, was proving to be “counterproductive and disproportionately restrictive” to both current and former players. It said that there had been various instances, which “did not warrant such application”.

The CoA had even asked the Supreme Court to let the ethics officer have more “flexibility and discretion” to resolve conflicts in specific cases, rather than be “bound” by a “straight-jacketed formula”.