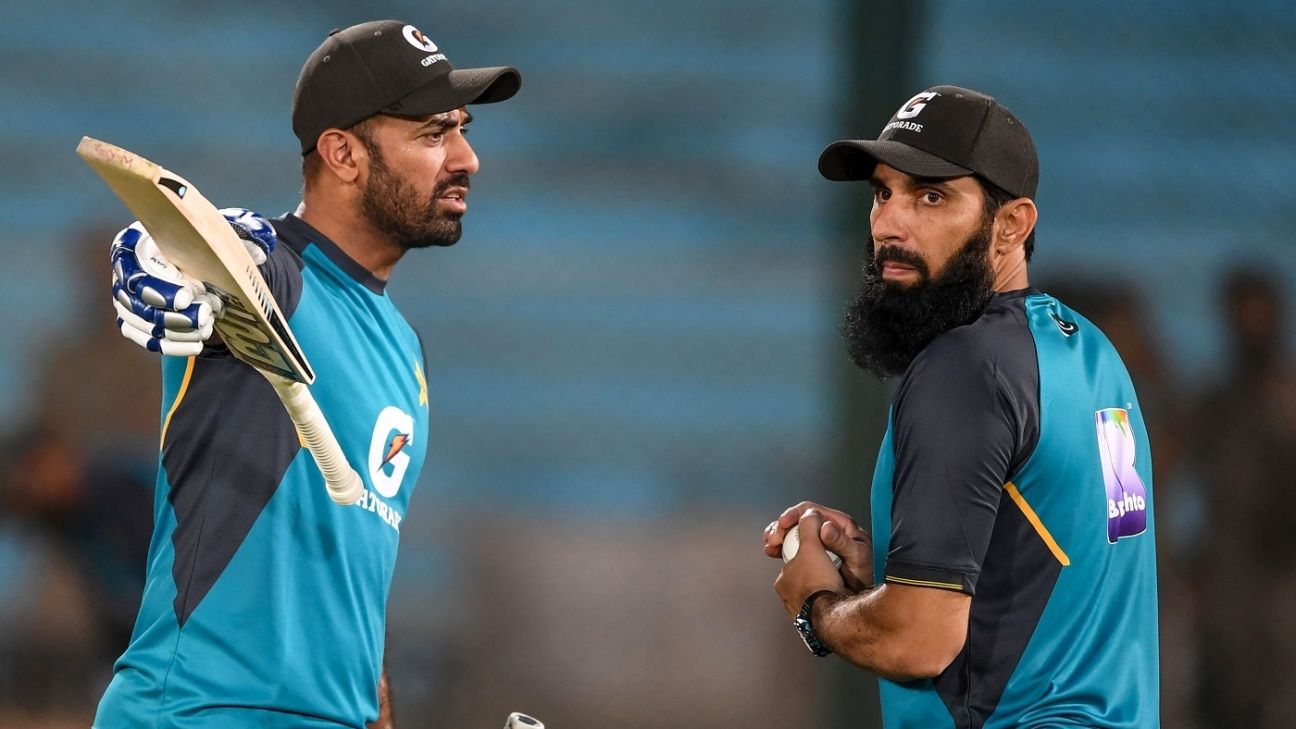 Pakistan head coach Misbah ul Haq spoke of the unique challenge of playing in Australia, and the difficulty of adjusting to conditions and the pitches, particularly for batsmen. The recently appointed coach, for whom the upcoming tour is just the second since being given the job, also termed it a big opportunity for his young side, while acknowledging Pakistan needed to become more consistent in their performances.

“The conditions are totally different than when you play in all other parts of the world,” Misbah told reporters in Sydney. “So you need to adjust to that pace and bounce especially in the batting unit and obviously when you’re bowling, because in Asian conditions your biggest strength is your spinners. You have to bowl slightly differently here, the lengths are different, even the lines are different for the pacers here. So these are the challenges we are looking at ahead of this series. We want to address those and the kind of talent we have, if we can be disciplined in all departments, I think we can produce good results.”

Misbah was appointed coach to relatively unanimous approval after the PCB decided to part ways with Mickey Arthur and his staff. A home series against a depleted Sri Lanka side represented an ostensibly soft start to his reign, but Pakistan found themselves overturned comprehensively in the T20I series, losing all three games comfortably, leading to the departure of Sarfaraz Ahmed as captain, with Azhar Ali succeeding him in Test cricket and Babar Azam in T20 internationals.

Misbah admitted an Australia tour would be a challenge for the captains, but believed they were good enough players to manage. “Sometimes it’s a challenge for the captains. Azhar has already captained in Australia. He’s a bit experienced, he knows, and he’s played a lot of Test cricket. Babar is new, and so it will be really important for me to pass on advice. The team also needs to support him and execute plans.

“Some of the bowlers who have experience can help him too. Imad Wasim is there, Wahab Riaz is there, Mohammad Irfan… they can really help him, setting the fields, having their bowling plans executed properly. Obviously it’s a new thing, new experience for him but I think all these challenges will help him get stronger and be bigger in stature.”

In a squad already replete with surprises, Usman Qadir‘s selection raised eyebrows, particularly in Australia. Until recently, it was believed the legspinner had ambitions to play international cricket for them. He’d even said so himself. Misbah spoke about the process that led to the 26-year old being picked for Pakistan.

“The last couple of years now, we’ve just been playing Shadab Khan, who’s been slightly out of form. There are very few legspin options in Pakistan. A few of the youngsters have come up just in this season, and Usman Qadir is one of them. He played the T20 tournament there and he bowled well. We picked Usman because he has experience playing in Australia, knows the conditions and with his height, especially, gets little bit more bounce also. I thimk his variations, the flipper and the googly for example, gave him a bit of an advantage. That was the reason behind his selection. We need to develop someone in that department, so that we have a back-up for Shadab, especially before the World Cup.”

The youngest players Pakistan have selected have come in the form of fast bowlers. Sixteen-year old Naseem Shah, 18-year old Muhammad Musa and the more experienced 19-year old Shaheen Afridi are all part of the Test squad, the first two almost completely unknown outside of Pakistan, which Misbah thought might give his side an advantage. He singled out Naseem for high praise.

“He’s bowling well. Especially in the four-day competition that’s going on, first-class, he’s bowling well. The good thing about him is he’s bowling well in all spells. He’s now playing his fourth first class game of the [Quaid-e-Azam trophy] back home, and in all spells he’s bowling quick. His control with the ball is also good. I’m looking forward to him bowling here in Australia where the conditions will also give him some assistance in getting pace and bounce. Everybody is excited to get him in the team.

“There is always the surprise that plays a part in selection but again you need to bowl well in Australian conditions. Only pace is not going to favour you. The good thing with him is he can bowl in good areas also. At Under-19 levels he bowled really well with the new ball and the old ball and he’s doing that in first-class cricket, too. Looking forward, if he can just put the ball in the right areas at that pace, it could be a surprise package.”

There was still time for Misbah’s characteristically bone-dry wit to emerge, too. “Of course the unpredictability could be frightening for Australia. But it could be for us, too.”