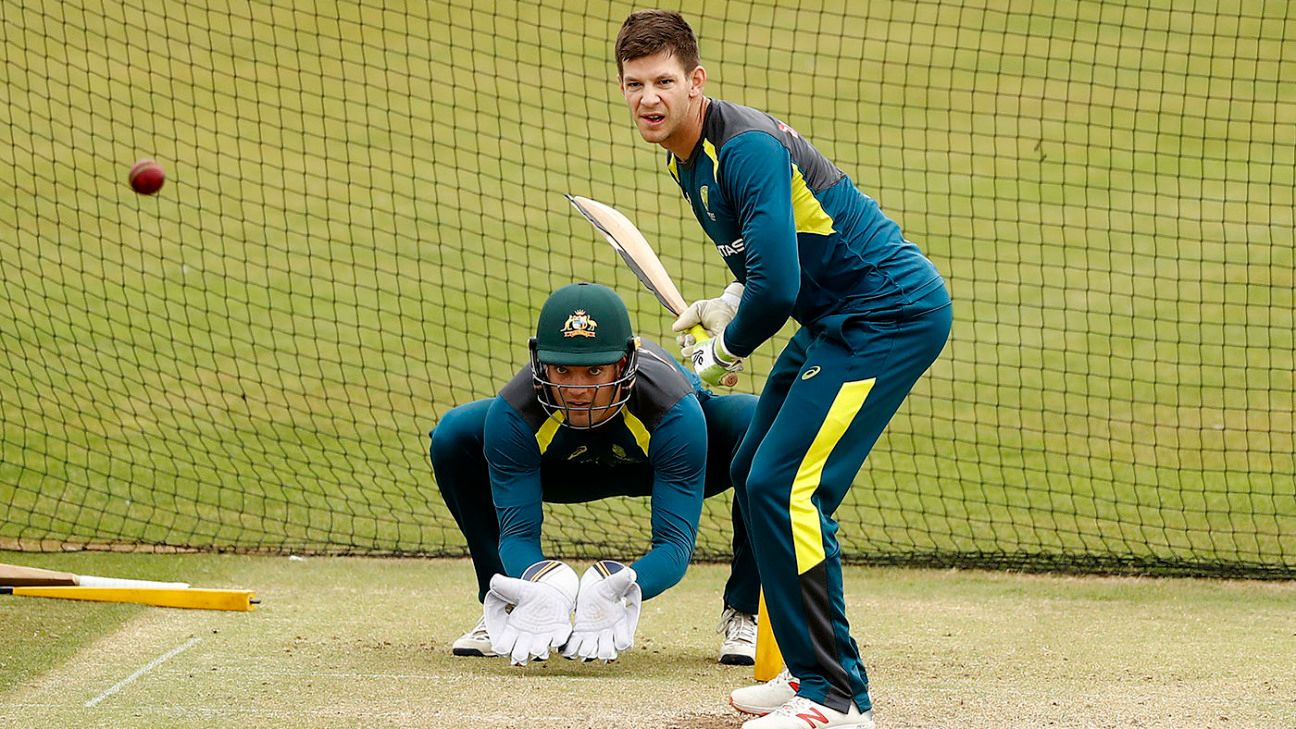 Australia are coached by a former batsman in Justin Langer who had to have a doorway physically blocked by his captain Ricky Ponting in order to prevent him re-entering the field after a serious blow to the head.

In a famous episode, Langer was barred from coming out to bat at the end of a thrilling fourth innings chase against South Africa at the Wanderers in 2006, ultimately achieved by Brett Lee and Michael Kasprowicz with eight wickets down. Langer, despite serious concussion, doggedly put the pads on with 10 runs still to win.

“To tell the truth I don’t know what I would have done,” Ponting said at the time. “If we needed two to win and he had to go out and be on strike I was probably going to have to declare or do something like that, which would have been pretty hard. He said to me then he wouldn’t have spoken to me ever again as long as he was alive. If it comes to that again, I am just going to have to knock him out.

“He was probably only ever going to go out there if he could stand at the non-striker’s end. We couldn’t risk or afford him having to face any deliveries. Medically over the last couple of days his situation hasn’t changed. It was going to take me and probably a few other blokes to keep him in the dressing room if it had got down to that.”

That being the case, it is not so surprising that the captain Tim Paine is less than 100 percent sold on the concept of players being withdrawn and substituted from Test matches due to concussion. Even if Cricket Australia and its sports science division have led the way on pushing for concussion substitutes, ever since the death of Phillip Hughes highlighted the vulnerability of the head in 2014.

“I know the rule has come in. I think you’ll be hard-pressed to make guys pull out of a Test match,” Paine said in Southampton. “It’s going to be interesting to see how it works.

“We’re all for player safety and improving that space. But it’s new to me as anyone and it’ll be interesting to see how it’s worked and policed. I find it quite fascinating that you can replace a guy halfway through a game. Again, we’ll wait and see how that works.”

Approval of concussion substitutes for the Ashes as part of the inaugural world Test Championship was a keynote decision at the ICC annual conference in London following the World Cup.

However, it left a few questions open that remain to be answered: will each Test venue have a demonstrably independent doctor on hand to determine concussions at arm’s length from either team? Will decisions be enforceable irrespective of variable symptoms? Will teams either home or touring stock themselves with additional squad members just in case?

Whatever the answers, the area will be a source of interest throughout the Ashes, given the batteries of pace assembled on either side. Certainly Jofra Archer and Mark Wood will be eager to match the pace of Mitchell Starc and Pat Cummins by series end, the better for Australia to prepare by way of a bareknuckle internal trial in Southampton this week.

“I think it will be a proper game, Paine said. “Both sides will be looking to win and both sides will have individual players wanting to do really well to press the final case for Ashes selection. We certainly don’t expect it peter out on the second innings or play around with a run chase or anything like that. At the moment it’s a fair dinkum game of cricket and that’s been made really clear.

“Over the years the opposition in tour games has, I wouldn’t say it’s got worse but I don’t think opposition cricket boards have helped each other prepare as much as they used to. You’ve had to find different ways in your preparation to make sure everyone is ready to go for Test match intensity. And obviously a series of Ashes magnitude we thought it was a great idea and as close to a Test match as we think we can get it’s a perfect preparation.”

Usman Khawaja will be the one name missing from the game, as he recovers from a hamstring strain, although Paine left open the possibility that the Test No. 3 may get a bat towards the end of a self-regulated fixture. There is no question as yet regarding his availability for the first Test in Birmingham.

“I don’t think he’s in serious doubt. He’s in a rehab stage so the decision has been made that he won’t at this stage,” Paine said. “There is a possibility, maybe, if something were to happen to someone else he might be right for the back end of the game. But we expect him to be fully fit and available for selection for the first Test.”