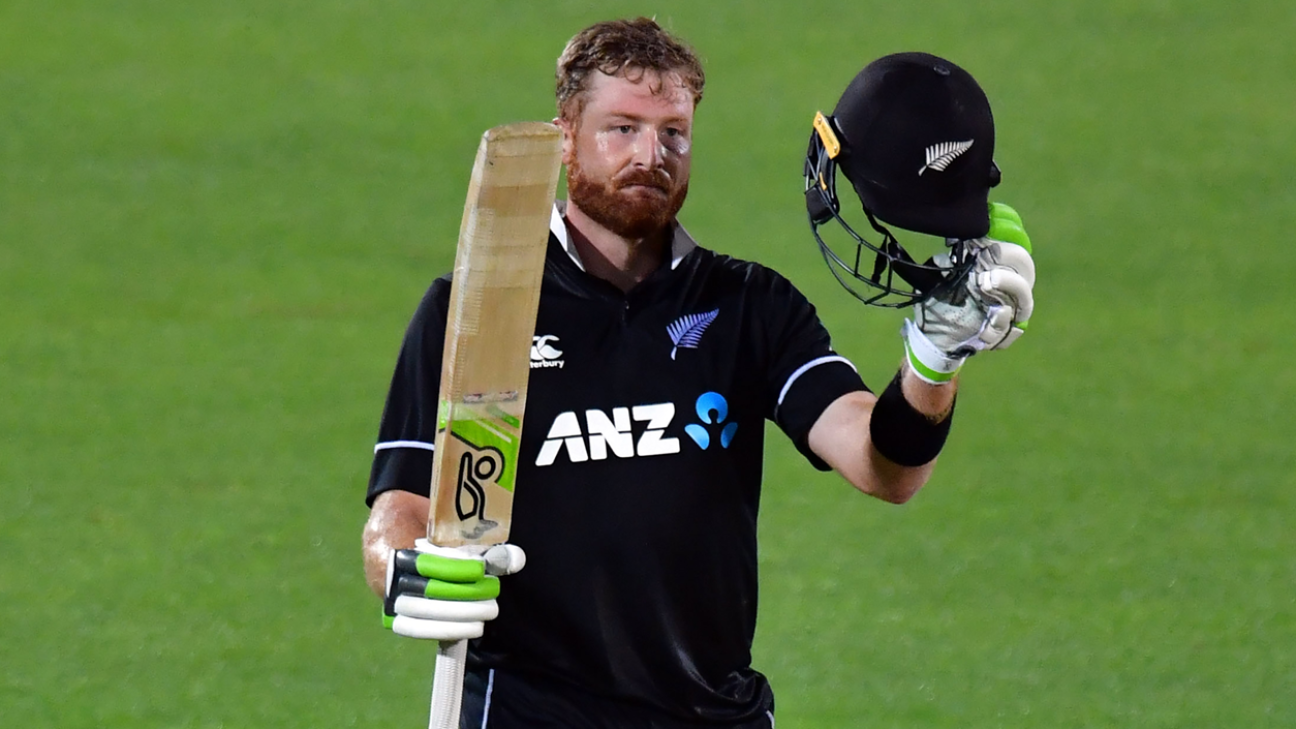 Martin Guptill returned from a back injury that ruled him out of back end of the India series with a match-winning century against Bangladesh, an innings that didn’t follow his usual crash-bang-wallop template largely because conditions demanded something different.

“Today wasn’t a wicket where you could hit through the line of the ball,” Guptill said after making 117 off 116 balls. “It was slow and we had to work hard on it. We were able to get through the first ten overs without losing a wicket, and then push on for a big partnership, that set up the game.”

Chasing 233 for victory, the New Zealand openers Guptill and Henry Nicholls were quite circumspect during the first Powerplay with the run-rate barely brushing five. They were happy to take 22.3 overs to add 103 runs and it was only when a couple of wickets fell that the scoring started to pick up. By that time, Guptill was set and with Ross Taylor making the most of his form, 96 runs flowed in the final 15.4 overs.

“Bangladesh bowled really well in the first ten overs. They didn’t give a lot of bad balls away. We had to work hard for our runs. The way Henry and I rotated the strike, I thought, it helped the partnership develop.”

Guptill reached his fifty off 53 balls, with only four boundaries, but finished the game with eight fours and four sixes and the satisfying feeling of overcoming difficult conditions for strokeplay.

“It has been a funny old summer. We haven’t really had the flat wickets with good carry and bounce like in the previous years. So some of them have been quite hard work and you had to find a way to get through. Hitting through the line of the ball isn’t much of an option sometimes.

“So if you can try to just rotate the strike and work with the guy at the other end and build a partnership. You can go a long way to set up a large total or chase a big total down.”

Considering it was a day-night game was at Napier, an east-west facing ground, there was the issue of a sun strike as well. One of the matches from the India series was paused for over half an hour because the sun was right in the batsman and wicketkeeper’s eyelines as it was setting. Guptill said the issue came up again on Wednesday but it was a bit more manageable.

“Today was good,” Guptill said. “We were able to push through a tough period. It wasn’t easy to bat out there. The sun coming down. But we were able to bat through that, and make sure we set the platform. We also ensured it got easy for us towards the end.

“We just batted through, to be fair. I have batted at that time before. It is not much fun. But if you push on through, you can get through it. It was playable. It was a spin bowlers bowling at the time so it wasn’t Lockie [Ferguson] bowling at us, which wouldn’t have been too much fun. We would have asked for it there.”