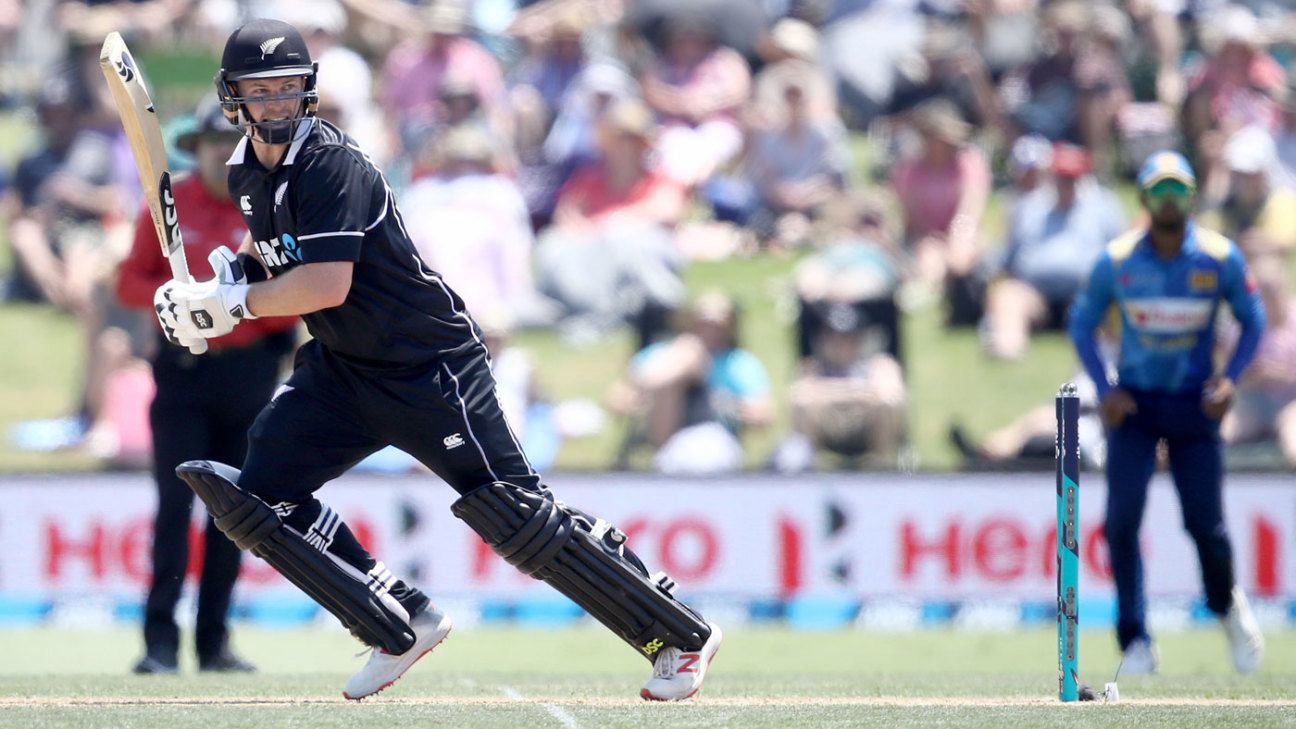 A devastating batsman in the shortest format, Colin Munro’s ODI average is still 26.17 after 41 innings. In a New Zealand top order featuring run-machines such as Martin Guptill, Kane Williamson and Ross Taylor, Munro can get away with a slightly lower average given the firepower he provides, but even with that allowance, 26.17 is a little on the low side.

He knows this and he’s working on it, he says. Where in T20, Munro explodes virtually the moment he takes guard at the crease, he feels he’s got to adapt a little better in ODIs. Reading conditions quickly and tailoring his approach may be the areas that need most attention.

“In T20 it’s a bit of fun and you try and go from ball one,” he said. “But in one-day cricket I’ve found that although early on sometimes I can play the same way as I do in a T20, to get off to a flyer, sometimes that’s not the case and it’s about playing to the conditions and playing to the situation of what the team needs. You might lose a couple of early wickets and you’ve got to knuckle down and play the longer game. Otherwise, on another day, if Guptill and I are both going, we could be 70, 80, 90 off the Powerplay – who knows?”

Munro’s 87 in the second ODI broke a lean streak that stretched back 10 innings. He had last made a half-century in January last year, even if, as on New Zealand’s recent series against Pakistan, he felt as if he was in good touch.

“I’ve been happy with the way I was hitting the ball even in the UAE when I wasn’t getting big scores,” Munro said. “I felt like I was giving myself enough time to get in but I was getting out. I was talking to [coach] Gary Stead and telling him it wasn’t like there was a pattern – it’s not like I was getting bowled all the time.”

But what perhaps had been happening was a failure to adapt to the specific conditions before him, and to the opposition attack. “The biggest thing is taking those first five or ten overs and trying to assess conditions,” Munro said. “Then communicating that back to the shed is important as well.”

New Zealand have set Sri Lanka targets of 372 and 320 so far, and have won both games, but Saxton Oval in Nelson – where the third ODI will be played on Tuesday – seems to favour sides batting second. In nine matches at the venue, seven have been won by the chasing side. New Zealand, won’t be daunted either way, Munro said. In fact, with India to arrive for a five-match series later in the month, a tougher batting challenge might suit the hosts just fine.

“If we bowl first and get them out for 120, that would be great. But if they do get off to a good start and get a good score, then having to chase a big score will be good practice leading into that India series too.”