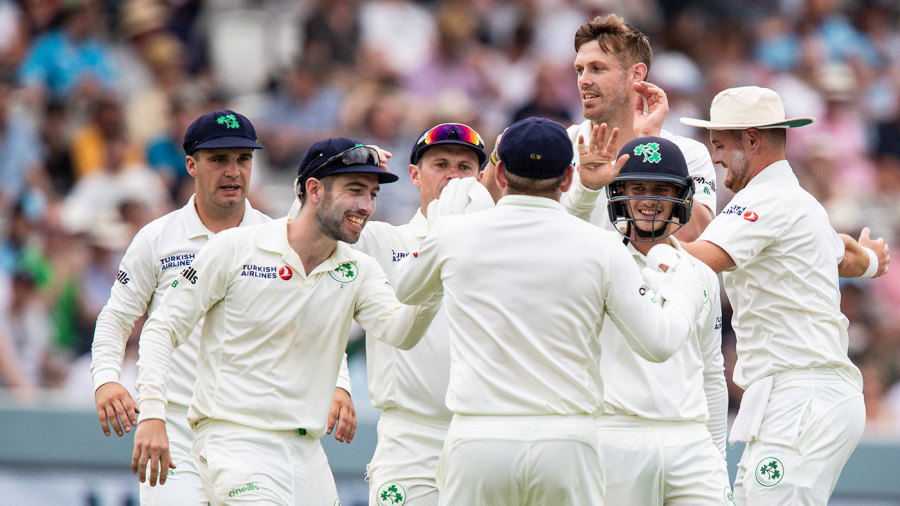 Ireland have been set 182 to achieve their maiden win in Test cricket.

Stuart Thompson bowled Olly Stone with the first ball of the day – one that nipped back sharply down the slope to send the leg-stump cartwheeling – to end the England innings and dismiss them for 303.

While some rain fell at Lord’s overnight, the ground avoided the worst of the storms in the region and play was delayed by just a few minutes. Still, the weather is far more murky than it has been in previous days and the floodlights are currently on. They are conditions which are traditionally thought to favour seam bowlers.

Ireland have lost both of their previous Tests. Pakistan beat then by five-wickets in Dublin in 2018 and Afghanistan by seven-wickets in Uttarakhand earlier this year. Their captain, William Porterfield, said ahead of the game that victory here would rate as the greatest achievement in the history of Irish cricket.

Whatever happens in the rest of this game, England will go into the Ashes with concerns over the strength of their batting. They have now made 400 only once in their previous 32 Test innings and not at all in their previous 14. Only once in those 14 innings have they reached 350. Four times in the last seven innings, they have failed to reach 200. Without Jack Leach’s unlikely resistance with the bat in this game, Ireland might have wrapped up victory already.